Eloy Jimenez hit a three-run homer in the first inning, and the Chicago White Sox snapped Detroit's four-game wining streak with an 8-4 victory over the Tigers on Tuesday night.

Edwin Encarnacion also went deep for the White Sox, who won for only the second time in seven games. Austin Romine hit a two-run shot for Detroit.

Jose Abreu had three hits, including a pair of RBI doubles. 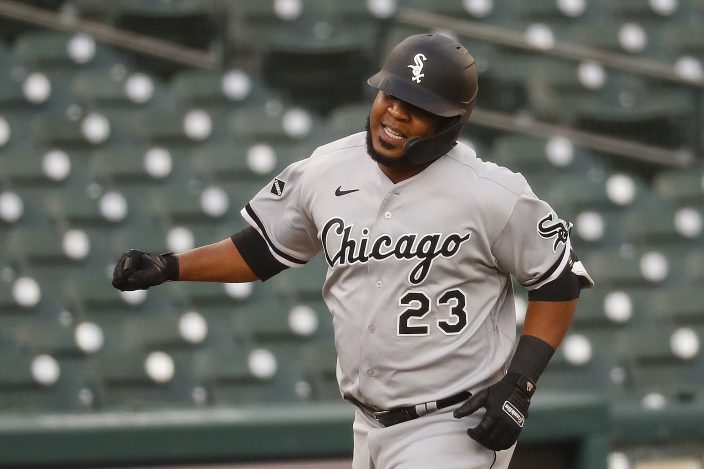 Gio Gonzalez was pulled one out shy of the win. He allowed two runs and six hits in 4 2/3 innings. Matt Foster (2-0) was credited with the win after striking out four in two perfect innings.

Tyler Alexander (1-1) allowed five runs in 3 2/3 innings in his first start of the season. His previous appearance was a memorable one — he struck out an American League record-tying nine straight hitters during a relief appearance Aug. 2 against Cincinnati.

Abreu opened the scoring with a run-scoring double in the first, and Jimenez's home run to right field made it 4-0. Encarnacion hit a solo shot in the fourth. 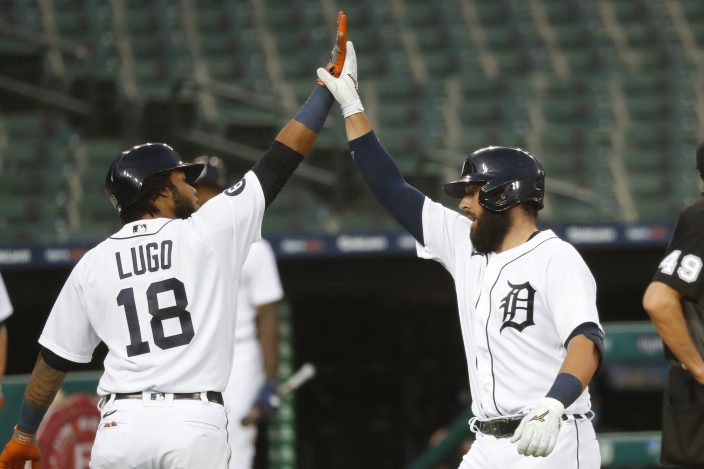 Romine's homer came in the fifth. Jimenez hit an RBI single in the sixth, and the White Sox added two more runs in the seventh.

Gonzalez was taken out with two outs in the fifth, a man on first and Miguel Cabrera coming up. Chicago replaced the left-hander with Jimmy Cordero, and the righty threw only one pitch, retiring Cabrera on a lineout to the shortstop. 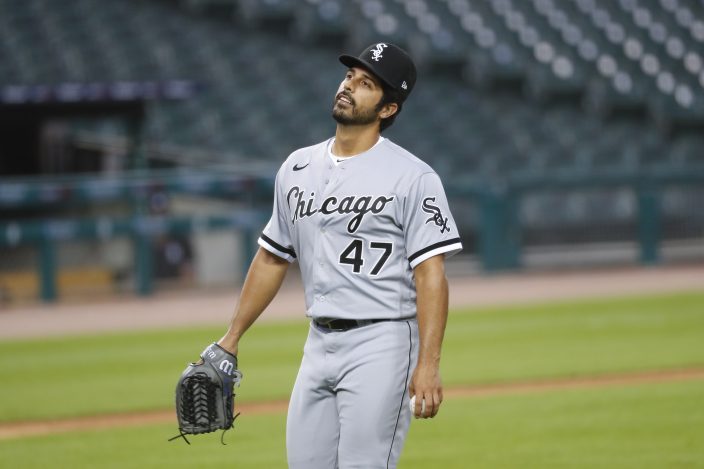 Chicago White Sox pitcher Gio Gonzalez walks to the dugout after being relieved against the Detroit Tigers in the fifth inning of a baseball game in Detroit, Tuesday, Aug. 11, 2020. (AP PhotoPaul Sancya)

Tigers: Detroit put 1B C.J. Cron on the injured list before the game with a left knee sprain. Trainer Doug Teter said Cron has damage to a ligament and there is no timetable for his return.