Mark Meadows dropped to a knee in then-Speaker John Boehner's office, the still-new congressman apologizing for joining those trying to oust the Republican leader.

Now as President Donald Trump's chief of staff, Meadows is an unorthodox pick for the White House role, trying to negotiate a coronavirus relief package on Capitol Hill. He is seen more as a deal breaker than deal-maker, a newcomer who arrived in Congress with the tea party, led a government shutdown and made a name for himself slashing budgets rather than building them. 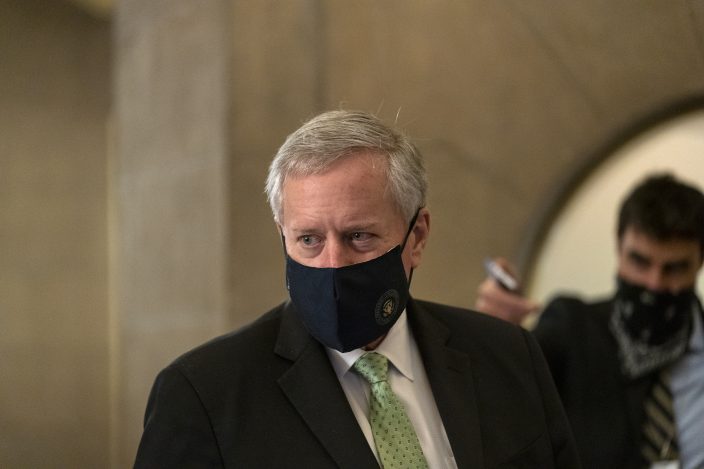 On a private call, Senate Democratic leader Chuck Schumer of New York told senators this week it was Meadows, not the other key White House negotiator, Treasury Secretary Steven Mnuchin, who threw up roadblocks up as talks collapsed.

It's clear Meadows "is in charge,” was the message from Democratic leadership, according to a person who was not authorized to discuss publicly the conversation and spoke on condition of anonymity.

With talks stalemated, Trump has resorted to bypassing Congress, issuing the executive actions that Meadows warned would come if the White House failed to reach a deal. The president's orders for jobless aid and other actions are only expected provide modest relief to some 20 million Americans at risk of eviction and even more who are out of work, halving unemployment assistance to $300 a week. 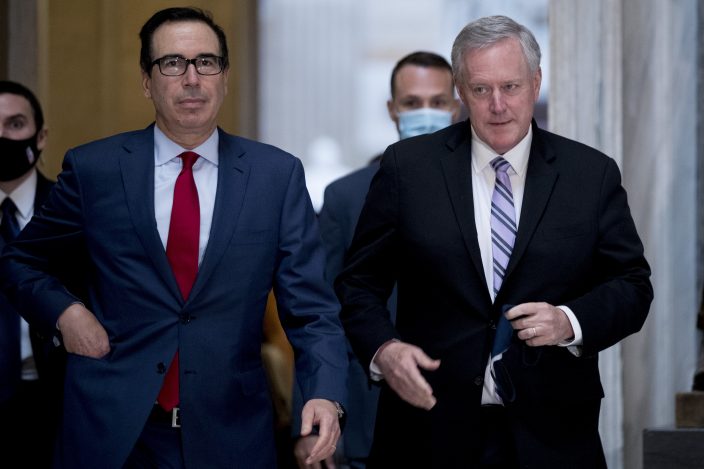 On a conference call with Republican senators, Meadows and Mnuchin left the impression there are no new talks scheduled with Schumer and House Speaker Nancy Pelosi, D-Calif., said a Republican who was not authorized to discuss publicly the conversation and spoke on condition of anonymity.

Republicans seem satisfied Trump’s orders will provide enough relief despite the mounting coronavirus infections and death toll that has topped 161,000 in the U.S. Talking to supporters in North Carolina, Trump predicted that Meadows, who used to represent the western part of the state in Congress, will be remembered in history.

“He’s a great chief of staff — he’ll go down as one of the best ever,” Trump said about Meadows, who is reportedly taking the rest of the week off. 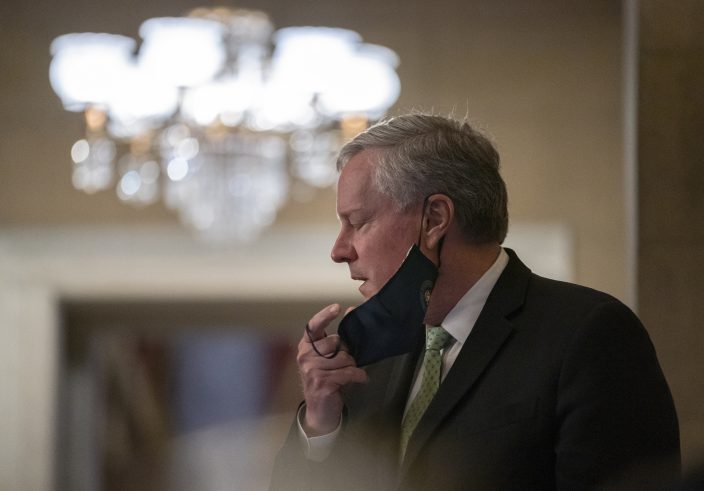 Senate Majority Leader Mitch McConnell, R-Ky., acknowledged that Trump's executive actions are “not the first choice.” But he applauded the president for stepping up. He and Meadows are not particularly close, but appear to have a good working relationship.

Meadows and Mnuchin often portray themselves as a White House team, but they more often resemble the counterforces at work, and at times at odds, within the administration and the GOP. 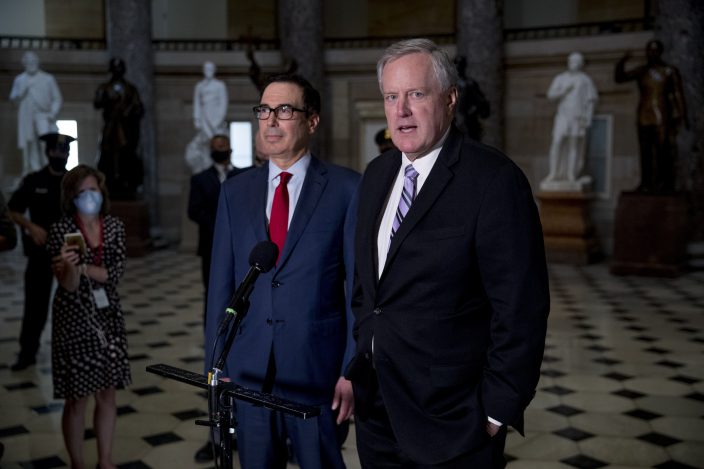 Mnuchin, the Yale-educated former Wall Street financier, draws wary skepticism from rank-and-file Republicans as too inclined to compromise with Democrats. He was the chief negotiator of the $2.5 trillion Cares Act virus aid package approved in March. Meadows, with his Freedom Caucus roots, gives conservative Republicans who oppose such big spending some comfort that the White House won't yield too much to Democrats.

Meadows, he said, brings Capitol Hill experience, “and trust from the president, but I think the president also trusts his treasury secretary.”

Chaffetz said Meadows “gives them a lot of air cover for the conservative wing of the party.”

Meadows didn't start on the Trump train back in 2016, even though his wife was an avid supporter. Meadows aligned politically with Trump's hard-charging rival Ted Cruz, a Texas senator, a bond the two formed during the 2013 government shutdown.

Once Trump became the party's nominee, Meadows quickly set in motion to become a Trump confidant. In time, Meadows would be among those lawmakers frequently receiving Trump's calls.

“If you’re negotiating with Mark, you know he’s as close to the president as anybody,” Chaffetz said.

In some ways, Meadows’ arrival at the White House can seem like he never really left Congress. Ever since he took the administration job in late March he has been a constant presence on Capitol Hill. He shuttles between the leadership offices of McConnell and Pelosi, and holds court with reporters in the hallways.

Meadows is likable, viewed as someone who has with easy relationships across the partisan aisle, despite his hard-line conservative views.

But those who have seen him up close also describe a polarizing figure. During the weeks of closed-door negotiations, he would often declare even the more simple proposals a “nonstarter,” according to an aide. Another aide disputed that, saying both Meadows and Mnuchin called several Democratic top-line numbers “nonstarters.” The aides were not authorized to publicly discuss the private talks and spoke on condition of anonymity

Meadows has never cut a deal in Congress of the size and scope of the $1 trillion-plus rescue bill that was being negotiated before the two sides failed to reach agreement.

One of his biggest liabilities may not be he lack of legislative experience but that the negotiators ultimately know that the final decision rests with Trump, whose views often shift.