Attorney General Daniel Cameron met with Taylor’s mother, Tamika Palmer, and other family members "to personally express his condolences,” according to a news release. The statement did not provide any other details of the meeting, which took place at a state office in Louisville, but added that the investigation into the shooting is ongoing.

Taylor, a 26-year-old emergency medical worker, was slain by Louisville police serving a “no knock” narcotics search warrant at her apartment on March 13. They found no drugs in her home. An officer was shot during the raid by her boyfriend, who has said he thought he was defending against a home invasion. 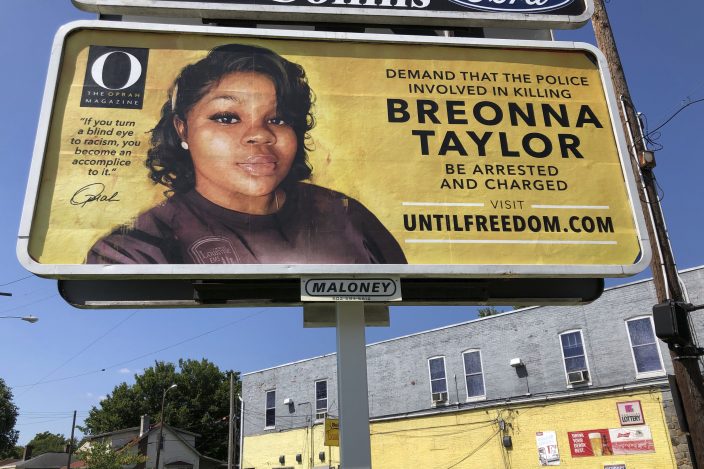 A billboard sponsored by O, The Oprah Magazine, is on display with with a photo of Breonna Taylor, Friday, Aug. 7, 2020 in Louisville, KY. Twenty-six billboards are going up across Louisville, demanding that the police officers involved in Taylor's death be arrested and charged. Taylor was shot multiple times March 13 when police officers burst into her Louisville apartment using a no-knock warrant during a narcotics investigation. No drugs were found. (AP PhotoDylan T. Lovan)

The state's first African American attorney general, Cameron took over the case after the local prosecutor recused himself. He has seen increasing pressure from protesters in recent weeks. Dozens of activists who went to his Louisville home were arrested after they wouldn’t leave his yard, and in late July, an armed militia marched into downtown and demanded that Cameron make his decision within a month.

Taylor’s family and high profile celebrities — from LeBron James to Oprah Winfrey — have called for three police officers who were at her home to be charged with her killing.

Cameron has asked everyone to be patient during the investigation. Earlier this month, he said he was waiting on ballistics tests from the FBI. 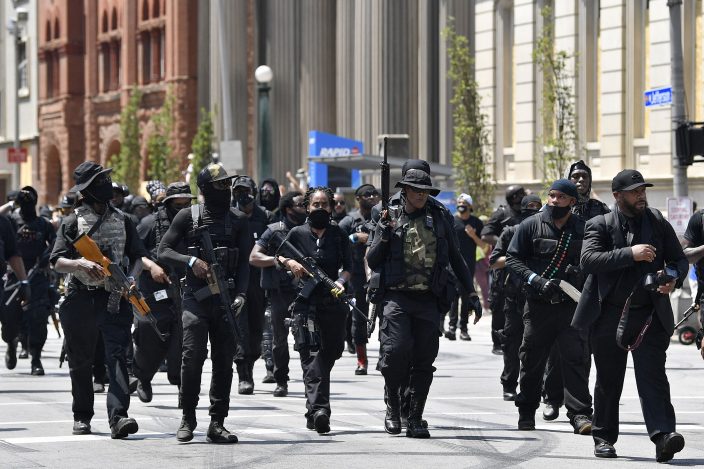 Armed members of the "NFAC" march through downtown Louisville, Ky., toward the Hall of Justice on Saturday, July 25, 2020. Hundreds of activists demanded justice for Breonna Taylor during the demonstrations in her hometown that drew counter-protesters from a white militia group. Taylor, a 26-year-old EMT, was fatally shot when police officers burst into her Louisville apartment using a no-knock warrant during an investigation. (AP PhotoTimothy D. Easley) 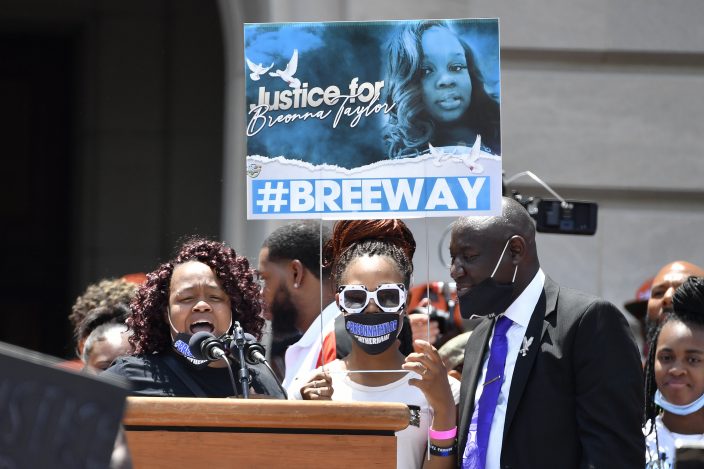 Tamika Palmer, the mother of Breonna Taylor addresses the crowd gathered on the steps of at the Kentucky State Capitol in Frankfort, Ky., Thursday, June 25, 2020. The rally was held to demand justice in the death of Taylor who was killed in her apartment by members of the Louisville Metro Police Department on March 13, 2020. (AP PhotoTimothy D. Easley) 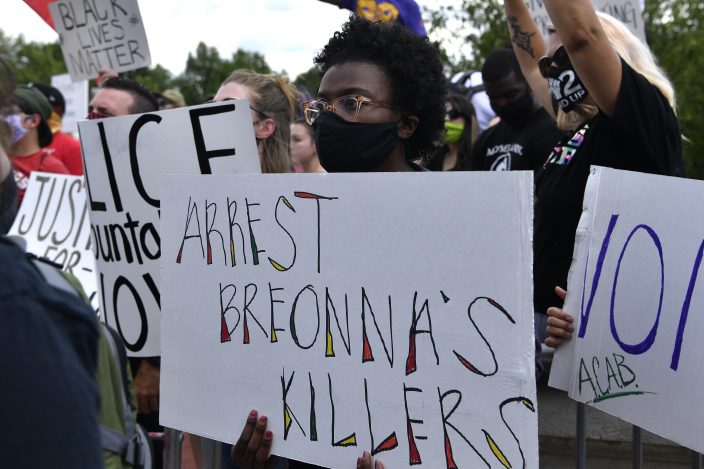 A woman holds up a sign during a rally in memory of Breonna Taylor on the steps of the Kentucky State Capitol in Frankfort, Ky., Thursday, June 25, 2020. The rally was held to demand justice in the death of Taylor who was killed in her apartment by members of the Louisville Metro Police Department on March 13, 2020. (AP PhotoTimothy D. Easley)