Tim Anderson had four hits and finished a double shy of the cycle, and Luis Robert hit a bases-clearing double to lift the Chicago White Sox to a 7-5 victory over the Detroit Tigers on Wednesday.

Anderson and Eloy Jimenez led off the game with consecutive home runs.

Anderson, who led the majors in batting last year at .335, came off the injured list Tuesday after being sidelined by a strained groin. He had a triple, too, by the end of the third inning and added two singles before striking out on three pitches in the eighth. 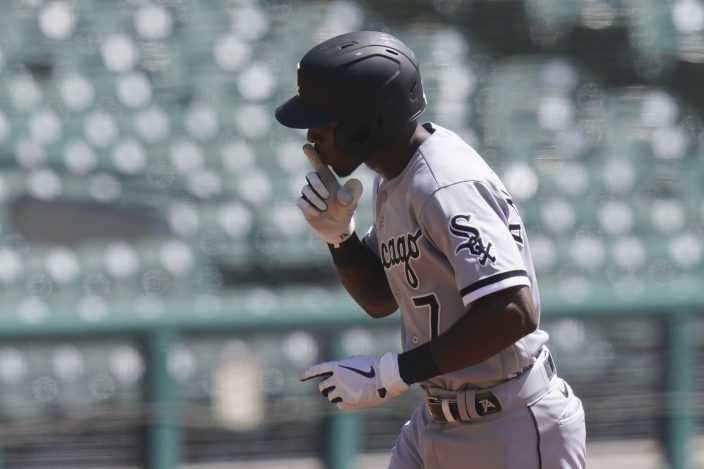 Chicago White Sox's Tim Anderson gestures as he rounds the bases after a solo home run during the first inning of a baseball game against the Detroit Tigers, Wednesday, Aug. 12, 2020, in Detroit. (AP PhotoCarlos Osorio)

Jonathan Schoop and Willi Castro homered for the Tigers, who scored four unearned runs in the fourth before Matthew Boyd (0-2) gave the lead right back.

Both teams took advantage of extra opportunities in their big innings. Detroit's Victor Reyes reached base on a passed ball on a third strike, and that came back to haunt the White Sox when Grayson Greiner hit a two-out, two-run double that tied the game at 3 in the fourth. 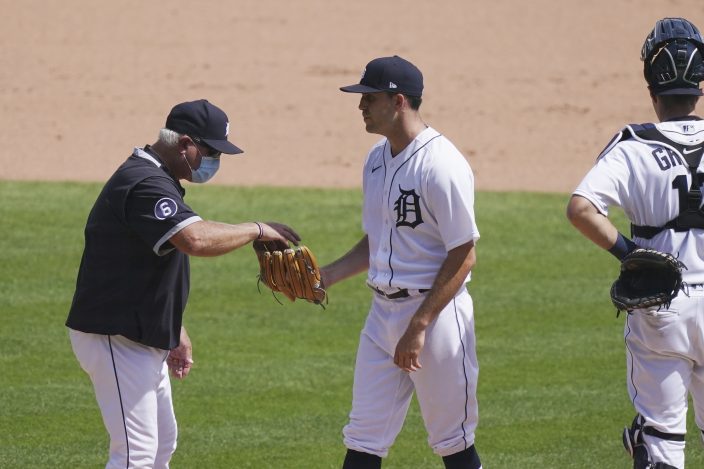 Castro followed with a two-run homer.

But the Tigers let Boyd, their opening day starter, labor well into the fifth, and Chicago eventually broke through. Anderson played a big role again. After leading off the inning with a single, he moved to second on a walk and hustled to third when Edwin Encarnacion hit a slow grounder to shortstop Niko Goodrum.

Anderson rounded the bag a bit, which caught Goodrum's attention, and the Tigers didn't get any outs on the play. It was scored a fielder's choice. Boyd ended up one out short of escaping the jam. Robert's drive off the wall in right-center field scored three runs. Nomar Mazara added an RBI double to make it 7-5 and finally chase the Detroit left-hander.

Tigers: 1B C.J. Cron (sprained knee) said before the game that surgery has been discussed, but it may be able to wait. At this point, he's going to try to come back and finish the year.

The Tigers are off Thursday. Then Detroit starts a home series against Cleveland on Friday night, with RHP Ivan Nova (1-0) facing Indians RHP Aaron Civale (1-2).

The next scheduled game for Chicago is at home Friday night against St. Louis, although the Cardinals haven't played since July 29 because of issues they've been having with the coronavirus.