THIMPU, Bhutan — The Himalayan kingdom of Bhutan has imposed its first nationwide lockdown due to a virus infection in a returning traveler who had been released from quarantine.

The government issued a stay-at-home order for its approximately 750,000 people, and all schools, offices and commercial establishments were closed.

The government's statement said the lockdown would be enforced from five to 21 days “to identify and isolate all positive cases, immediately breaking the chain of transmission.” 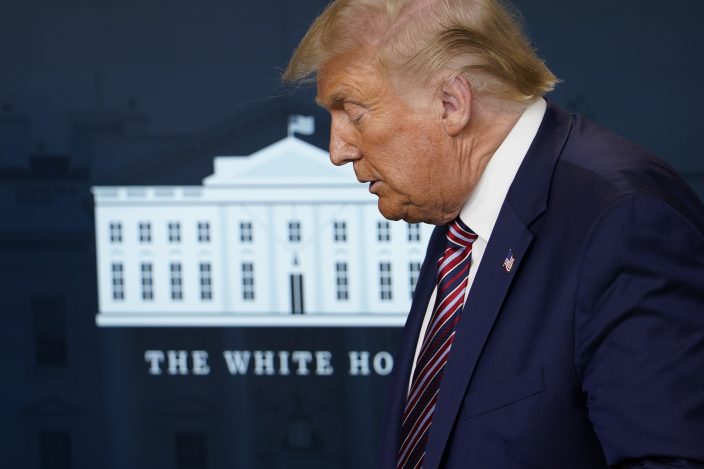 The 27-year-old Bhutanese woman returning from Kuwait tested negative in mandatory quarantine for arriving travelers. But between her discharge from quarantine and her positive test result Monday, she is believed to have traveled extensively in Bhutan.

The tourism-dependent country closed its borders to foreign travelers in March after an American tourist was hospitalized with COVID-19. Bhutan’s 113 reported infections were all quarantined travelers, except for one with conflicting test results. 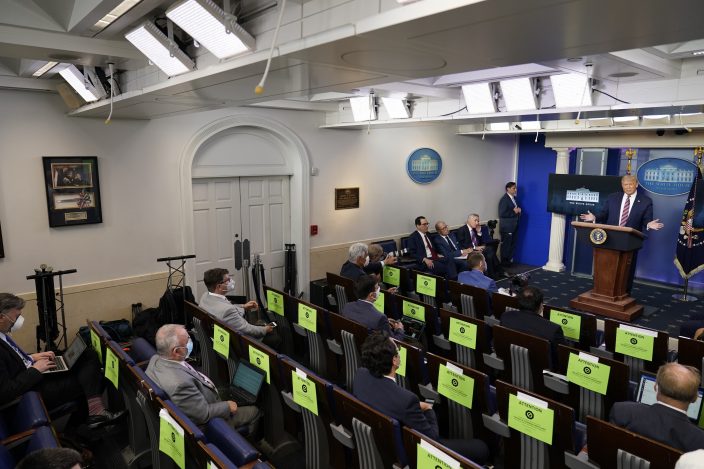 — For Americans waiting on virus aid, no new relief in sight

Victoria state Premier Daniel Andrews said there were 278 new infections and eight new deaths, down from around 700 daily at the peak of the outbreak.

Daniels said the lower numbers indicate the lockdown restrictions in Melbourne are working but urged people to stay the course.

“We would just caution against any Victorian thinking that we aren’t in the midst of a real marathon,” Daniels said. “This is an endurance race, and we need to stay the course on this. We need to be as vigilant each and every day.”

SEATTLE — The Seattle school board has voted unanimously to begin the academic year with remote teaching only.

The remote learning plan passed with a wide-ranging amendment from school board members that directs the superintendent to explore creating outdoor classes. It also reinforces teaching of Black studies and curricula developed by Indigenous communities.

But the district’s plans are far from set because it is still bargaining with the teachers union. Those discussions will set the parameters for how teachers spend their time and for the support the district will provide in an online learning environment.

BEIJING — New locally transmitted cases of the coronavirus reported in China have fallen into the single digits, but Hong Kong is seeing another rise in hospitalizations and deaths.

China’s National Health Commission said Thursday that eight new cases were registered in the last 24 hours in the northwestern region of Xinjiang, whose main city of Urumqi has enacted lockdown measures and travel restrictions. An additional 11 cases were brought by Chinese returning from overseas.

Hong Kong, meanwhile, has 62 new cases, up from 33 on Wednesday, along with an additional five deaths.

The semi-autonomous southern Chinese city has required masks be worn in all public settings and limited indoor dining among other measures to curb a new outbreak.

SEOUL, South Korea — South Korea has reported 56 new cases of the coronavirus as clusters continue to pop up in cities.

The figures announced by South Korea’s Centers for Disease Control and Prevention on Thursday brought the caseload to 14,770 infections, including 305 deaths. Forty-three of the new cases were from the Seoul area and two were from Busan, the country’s second-largest city, where infections have been reported at schools and among foreign cargo ship workers.

Visitors at nightclubs, baseball stadiums and other facilities deemed as “high-risk” must register with smartphone QR codes so they can be easily located when needed.

The U.N. chief told a Security Council meeting Wednesday that his March 23 call for an immediate cease-fire in conflicts to tackle the virus led a number of warring parties to deescalate or stop fighting. But, he added, “regrettably, in many instances, the pandemic did not move the parties to suspend hostilities or agree to a permanent ceasefire.”

Guterres predecessor as secretary-general, Ban Ki-moon, told the council it is astonishing that the world has locked down billions of people, closed borders and suspended trade, but has failed to put conflicts on hold.