St. Louis' series opener against the Chicago White Sox has been postponed to Saturday, giving the Cardinals an extra day to recover from a coronavirus outbreak.

The Cardinals, who haven't played since July 29, were set to resume their season Friday night in Chicago. But the series opener was pushed back to a doubleheader on Saturday, the beginning of an extended stay in the Windy City for the Cards.

There was no word from Major League Baseball on the postponement, but John Mozeliak, the president of baseball operations for the Cardinals, confirmed the move in a conference call with reporters. Mozeliak also said the team is going to play doubleheaders on Monday and Wednesday against the Cubs at Wrigley Field after the NL Central rivals had a series postponed last weekend. 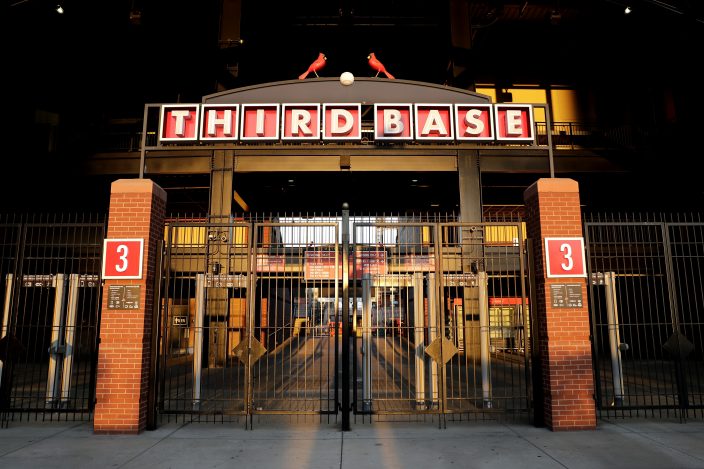 An entrance to Busch Stadium, home of the St. Louis Cardinals, remain closed Friday, Aug. 7, 2020, in St. Louis. Major League Baseball announced Friday night that the entire three-game series between the Chicago Cubs and Cardinals set for this weekend in St. Louis has been postponed after two more Cardinals players and a staff member tested positive for the coronavirus. (AP PhotoJeff Roberson)

Two people with direct knowledge of the situation also confirmed the postponement of the series opener against the White Sox. The people spoke Thursday on condition of anonymity because MLB had not announced the schedule change.

The Cardinals' season has been derailed by the coronavirus. Star catcher Yadier Molina and infielder Paul DeJong are among the players who have tested positive.

St. Louis, the defending NL Central champions, has played just five games, winning two. It seems unlikely that it will be able to make up every one of its games that have been postponed during the pandemic-delayed season. 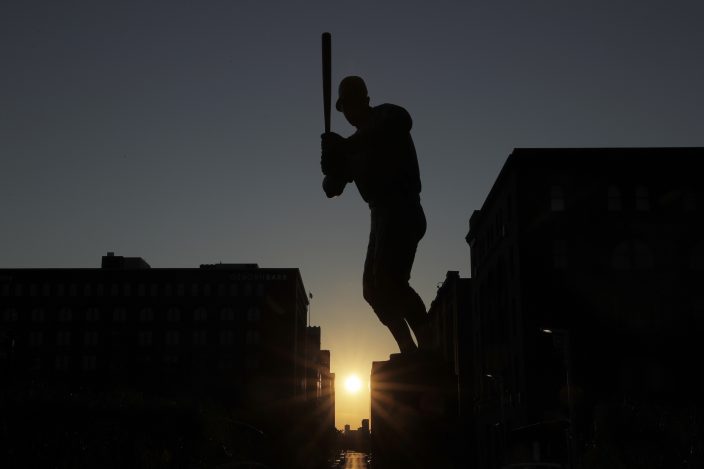 The sun sets in the distance as a statue of St. Louis Cardinals great Stan Musial stands outside a quiet Busch Stadium Friday, Aug. 7, 2020, in St. Louis. Major League Baseball announced Friday that a three-game series between the Chicago Cubs and Cardinals set for this weekend in St. Louis has been postponed after two more Cardinals players and a staff member tested positive for the coronavirus. (AP PhotoJeff Roberson)

While announcing Sunday night that St. Louis' series against Pittsburgh had been postponed, MLB said the league and the Cardinals believed it was "prudent to conduct additional testing while players and staff are quarantined before the team returns to play.”

Nissan employee testifies against American on trial in ...