A federal prosecutor who has jailed some of Venezuela’s biggest crooks is stepping down, The Associated Press has learned, leaving a void that could dampen U.S. efforts to expose criminal activity in the South American country amid rising tensions with the Trump administration.

Michael Nadler, an assistant U.S. attorney, is leaving to enter private practice next month at the Miami firm Stumphauzer & Sloman, said a person familiar with the move who insisted on speaking anonymously because it hadn’t been made public.

Nadler, 48, has indicted multiple Venezuelan Cabinet ministers, businessmen and Swiss bankers as part of a sustained effort by investigators in the Southern District of Florida to recover some of the $300 billion estimated to have been stolen from Venezuela in two decades of socialist rule. 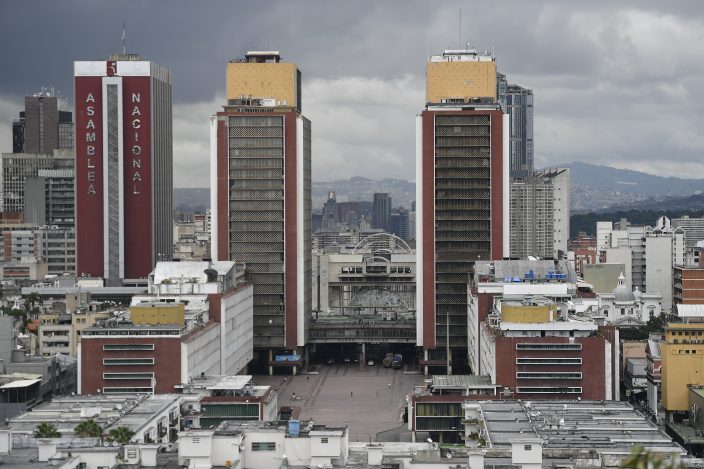 A view of an almost empty Plaza Caracas, and the National Assembly building in Caracas, Venezuela, Saturday, Aug. 1, 2020, amid the new coronavirus pandemic. (AP PhotoMatias Delacroix)

Much of that allegedly ill-gotten wealth has been plowed into Miami’s booming luxury real estate market. That has angered the city’s Latino residents — many of them Venezuelan and Cuban exiles — for whom the Trump administration’s hard-line focus on exposing corruption in Venezuelan President Nicolás Maduro's government is a major draw in the battleground state ahead of the U.S presidential election.

“There may well be a collective sigh of relief in Venezuela from those he targeted,” said Michael Diaz, a Miami defense attorney who has litigated against Nadler on behalf of Venezuelan clients. “Certainly some will be toasting his untimely departure.”

Nadler in 2018 secured what is so far the largest judgment to date against a Venezuelan insider when Alejandro Andrade, the former national treasurer, pleaded guilty to his role in a foreign currency conspiracy that siphoned off hundreds of millions from state coffers. As part of his plea agreement, Andrade forfeited to the U.S. government $1 billion in cash and assets, including an oceanfront Palm Beach mansion, luxury vehicles, show-jumping horses and several Rolex and Hublot watches. He’s currently serving a 10-year sentence. 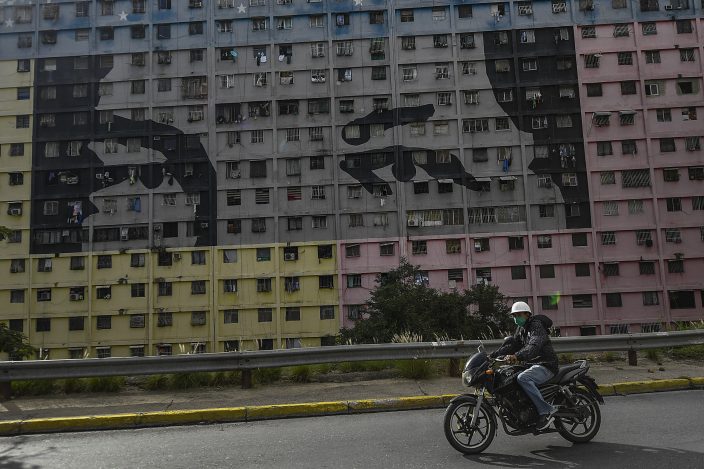 A biker wearing a protective face mask rides past a mural depicts "Chavez's eyes" a design based on the eyes of the late Venezuelan President Hugo Chavez at the 23 de Enero neighborhood of Caracas, Venezuela, Thursday, July 30, 2020, amid the new coronavirus pandemic. (AP PhotoMatias Delacroix)

Nadler leaves one politically sensitive case unfinished. In June, he secured the arrest in Cape Verde of Colombian businessman Alex Saab as Maduro’s alleged front man was en route to Iran. In a one-two punch, the Trump administration last year sanctioned Saab on the same day that Nadler charged the businessman with money laundering in connection with an alleged bribery scheme to develop low-income housing for Venezuela’s government that was never built.

Saab’s extradition is still pending and being fought vigorously by a team of lawyers that includes former Spanish Judge Baltasar Garzon, who is famous for indicting former Chilean dictator Augusto Pinochet. Maduro’s government said the businessman, who also has a Venezuelan passport, was on a “humanitarian mission” to Iran to buy food and medical supplies.

Saab was sanctioned by the U.S. Treasury Department for allegedly running a scheme that included Maduro’s stepsons and allegedly stole hundreds of millions in dollars from food import contracts at a time of widespread hunger in the crisis-wracked OPEC nation. Nadler, who still has a few weeks on the job, has not indicted Saab for the alleged food corruption.

Nadler began working Venezuela cases in 2017, and Diaz said he quickly won a reputation as an aggressive prosecutor who had a good rapport with agents.

Diaz also credits Nadler with clawing hard to keep cases away from prosecutors in other high-profile federal districts who were all competing to sign up as government witnesses the many Venezuelans fleeing their homeland. Prosecutors in New York and Washington in March charged Maduro and other high-level officials with conspiracy to traffic cocaine, while Houston has the lead in a probe into alleged corruption at Venezuela's state-run oil giant PDVSA.

Nadler's boss, Ariana Fajardo-Orshan, the U.S. attorney for the Southern District of Florida, created a special money laundering unit in March 2019 that focused on financial crimes, giving even more impetus to that effort.

Venezuela is ranked the most-corrupt country in Latin America, and tied with Sudan, Afghanistan and Equatorial Guineau as the seventh-worst among 180 countries in the latest annual ranking by Berlin-based Transparency International.

Dick Gregorie, the retired assistant U.S. attorney in Miami who indicted Panamanian strongman Manuel Noriega in the 1980s, said Nadler is the nation’s most knowledgeable and experienced litigator working on Venezuela. He said his exit will leave a major void that won’t be easily filled by other prosecutors, who will need time to capture the complexities and nuances of corruption in the country.

“Venezuela is a kleptocracy and to understand how they move the money and stolen from Venezuelan people takes years,” said Gregorie, who is now a consultant for Berkeley Research Group. “Nadler’s departure will certainly be felt.”

Fajardo-Orshan's wouldn't confirm or deny Nadler's plans to depart but reaffirmed the commitment to go after corrupt officials from Venezuela and elsewhere “who callously steal money from their own citizens, then try to hide it in U.S. banks and through U.S. real estate transactions.”

"The experienced, talented, and committed prosecutors in our Money Laundering section work as a team to combat this illegal activity," her office said in a statement.

The number of locations where Texa ...

For the first time in school histo ...