This time there are no excuses for Atlético Madrid.

When the path to the elusive Champions League title seemed the easiest, Atlético’s run ended in a loss to a young Leipzig 2-1 on Thursday in the quarterfinals. 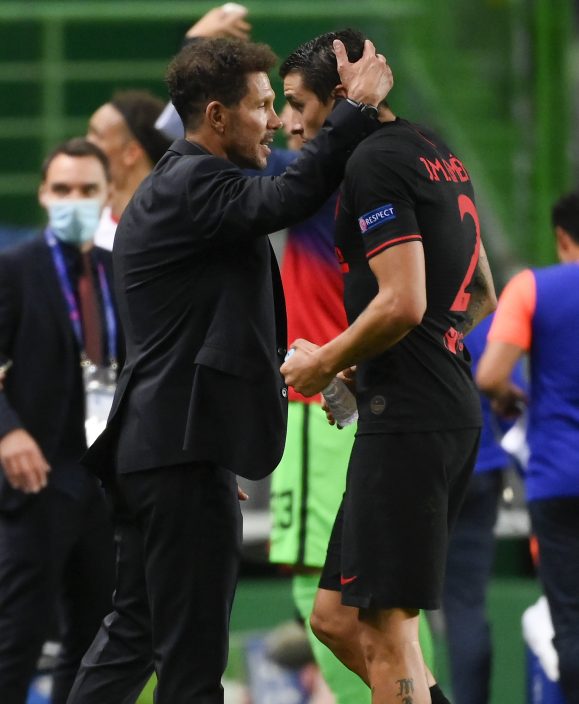 “No excuses,” Simeone said. “I liked the way our opponent played. It played decisively, with a lot of enthusiasm and freshness. It made things difficult for us.

“They beat us in the duels, in the fouls, in understanding the game. We gave everything we had but it wasn’t enough. We have to congratulate our opponent. We couldn’t play the way we wanted to.”

The defeat in Lisbon immediately sparked criticism back home, with some questioning whether Simeone’s time with Atlético may have come to an end. 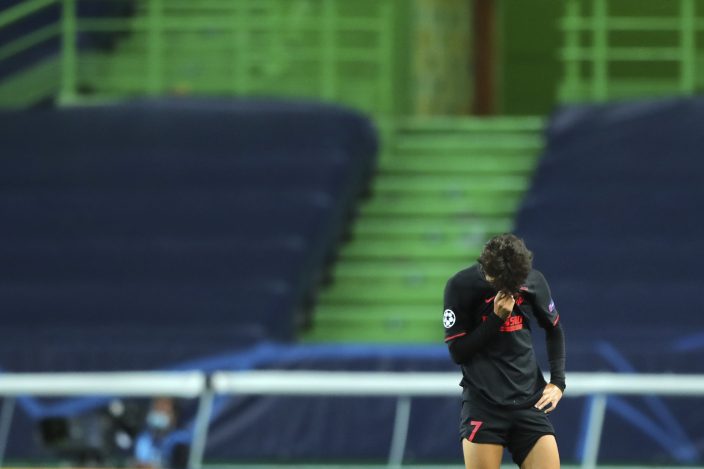 Club president Enrique Cerezo came out defending the coach despite acknowledging fans had not been expecting the setback at this stage.

“Those who contest his lineups should buy their own club and pick the players themselves,” Cerezo told Spanish media. “We had a very good season. We finished in the top three in the Spanish league and reached the quarterfinals in the Champions League, which is no small feat.”

Atlético was trying to make it to the semifinals for the first time since 2017, a year after it lost its second final in three seasons. 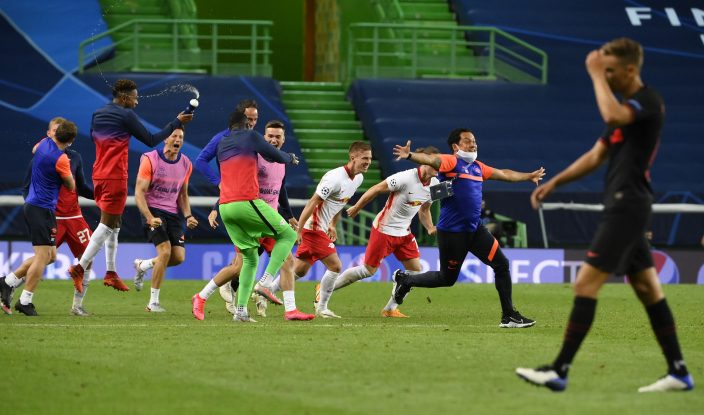 It looked like this could finally be the year for the Spanish club. It knocked out defending champion Liverpool in the last 16 and avoided a powerhouse in the round of 16, and old foes Real Madrid and Cristiano Ronaldo — responsible for most of Atlético’s recent eliminations — were out of the tournament.

Real Madrid defeated Atlético in the Champions League four consecutive times from 2014-17 — twice in the final and also in the quarterfinals and semifinals. Atlético lost to Ronaldo’s Juventus in the round of 16 last season.

Atlético was unbeaten in 11 matches after the pandemic break and was the most experienced team in this year’s tournament other than former champions Barcelona and Bayern Munich, which play against each other on Friday.

Leipzig, founded only 11 years ago, had been playing well but was weakened by the departure of top scorer Timo Werner.

It all favored Atlético, but Simeone's team couldn't capitalize on its chance. Leipzig beat them with an 88th-minute goal by American midfielder Tyler Adams.

Some criticized Simeone for not starting João Félix, the young Portuguese star who scored their lone goal against Leipzig after coming off the bench.

Félix arrived this season as a record signing from Benfica to replace Antoine Griezmann, as the club lost veterans such as Diego Godín and Filipe Luis in its biggest shakeup since 2011 when Simeone took charge.

“Of course we could have done better, but we gave everything we had,” said Simeone, adding he was already looking forward to getting ready for another “tough” season ahead.

“We have to remain calm,” Cerezo said. “I still think we have a good team. It just wasn't our night."