The last two games of a series between Cincinnati and Pittsburgh were called off Saturday because a Reds player tested positive for COVID-19.

Major League Baseball was awaiting further testing to see if the result was a false positive. The Reds are the third team to have a game postponed because someone on their roster tested positive, joining the Marlins and Cardinals.

It's the second time a Reds player has tested positive during the abbreviated 60-game season. Matt Davidson went on the injured list after a positive test, but subsequent tests were negative and he returned to the team. No games were postponed. 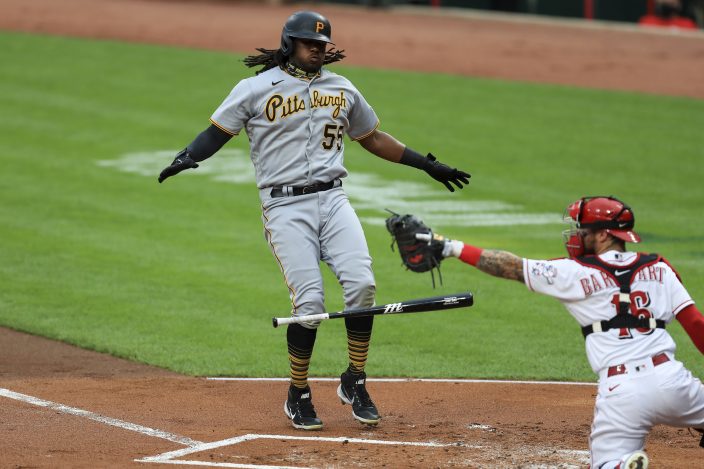 The Pirates had three days off this week when their series against the Cardinals was called off. Pittsburgh and Cincinnati split the first two games of their series at Great American Ball Park before their games scheduled for Saturday night and Sunday afternoon were called off.

The Reds and Pirates both have off-days on Monday. 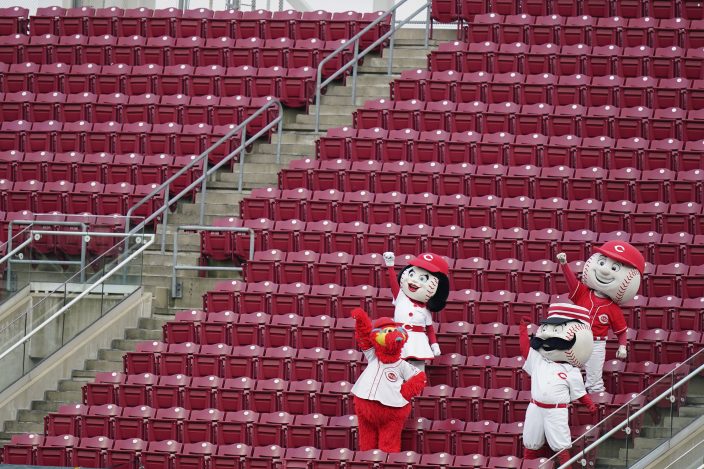 Cincinnati Reds mascots cheer from the outfield during a baseball game against the Pittsburgh Pirates at Great American Ballpark in Cincinnati, Thursday, Aug. 13, 2020. (AP PhotoBryan Woolston)