Israeli aircraft bombed several sites belonging to the militant Hamas group in the Gaza Strip for a fifth night in a row, the Israeli military said early Sunday.

Shortly after that announcement, the military said Palestinian militants in Gaza fired two rockets into southern Israel that were intercepted by aerial defense systems. There were no immediate reports of injuries.

The military said the airstrikes were in response to arson balloons that Hamas-affiliated groups sent across the Gaza frontier into Israeli territory. The balloons have caused dozens of fires that burned Israeli farmland in recent days. 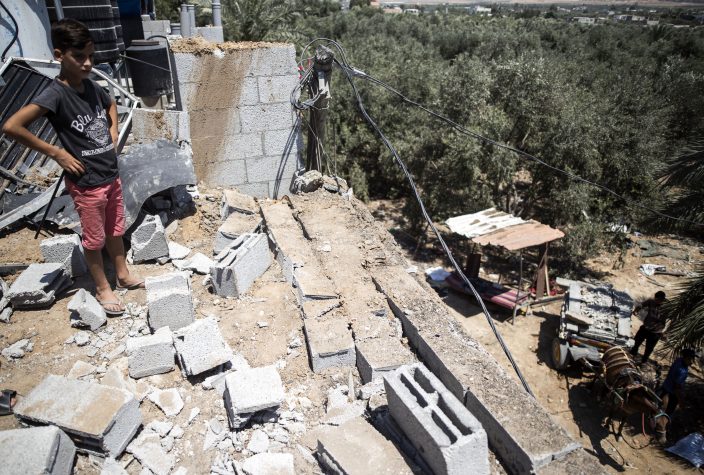 On Saturday, dozens of Palestinians took part in nighttime protests along the Gaza-Israel perimeter fence. The military said the protesters “burned tires, hurled explosive devices and grenades towards the security fence and attempted to approach it.”

Israel shouldered Hamas, which rules Gaza, the responsibility for all violent acts from the Palestinian territory.

After months of calm reinforced by the coronavirus pandemic, the Gaza-Israel frontier has turned volatile over the past week.

Khalil al-Hayya, a senior Hamas official, accused Israel on Saturday of not honoring an informal truce to ease the blockade it has imposed on Gaza since Hamas took it over in 2007.

He told Hamas’ al-Aqsa TV that the Palestinian people in Gaza were experiencing “slow death” by the blockade. “The zone of confrontation with the enemy is expanding day after day in response to its continued aggression,” he said.

He said Egyptian mediators were expected to visit the region to discuss reinforcing the truce, but no timing has been set.

Gaza militants fire rockets at Israel as pacts signed in US