Slow and deliberate works just fine for him. 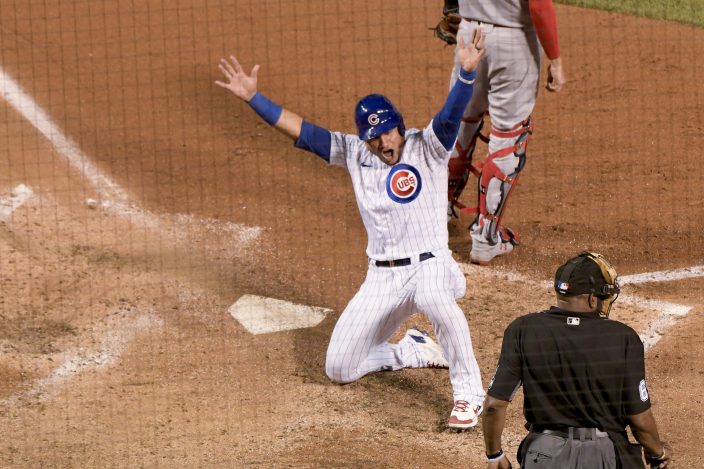 Chicago Cubs Willson Contreras (40) celebrates after scoring on a triple by teammate Jason Heyward during the fourth inning of a baseball game against the St. Louis Cardinals Tuesday, Aug. 18, 2020, in Chicago. (AP PhotoMark Black)

“His stuff is electric,” Cubs manager David Ross said. “You've got to respect so many different pitches, and he can throw them to both sides of the plate. I mean this guy is a premier pitcher in my mind.”

Darvish allowed one run and eight hits while improving to 4-0 with a 1.04 ERA since he struggled in his first start of the season July 25 against Milwaukee — matching his career-best win streak. The right-hander struck out seven and walked one.

Darvish, who turned 34 on Sunday, really started to find his form last season, when he had a 2.76 ERA in his last 13 starts. He traces some of his success to a conversation with pitching coach Tommy Hottovy last summer about going back to a more deliberate style. 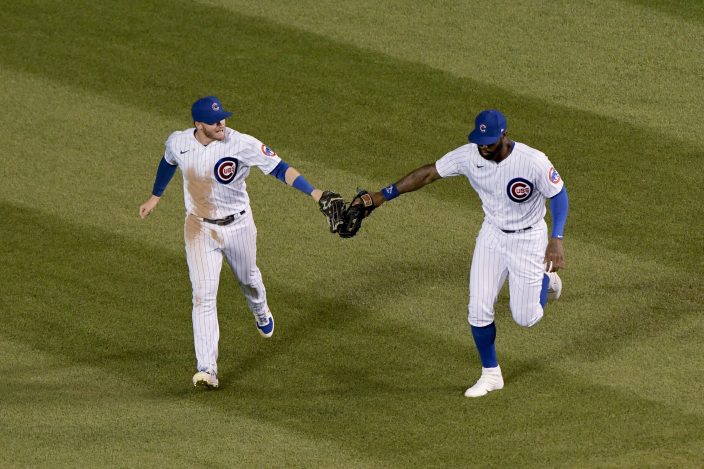 Chicago Cubs center fielder Ian Happ (8) and right fielder Jason Heyward (22) celebrate ending the top of the fourth with a catch by Heyward during a baseball game against the St. Louis Cardinals Tuesday, Aug. 18, 2020, in Chicago. (AP PhotoMark Black)

“I'm a slow guy when I was in Japan,” he said. “After I came here, the guys wanted me to throw (as) quick as possible, and that didn't work for me. When I focus on that, I can't focus on my pitch.”

St. Louis pushed across two runs in the eighth and had runners on the corners when pinch-hitter Andrew Knizner looked at a called third strike from Rowan Wick, ending the inning. Wick then worked the ninth for his fourth save.

Chicago played without Kris Bryant after the slugger got an injection for his ailing left wrist, sidelining the 2016 NL MVP for at least two days. The NL Central leaders also placed outfielder Steven Souza Jr. on the 10-day injured list with a right hamstring strain. 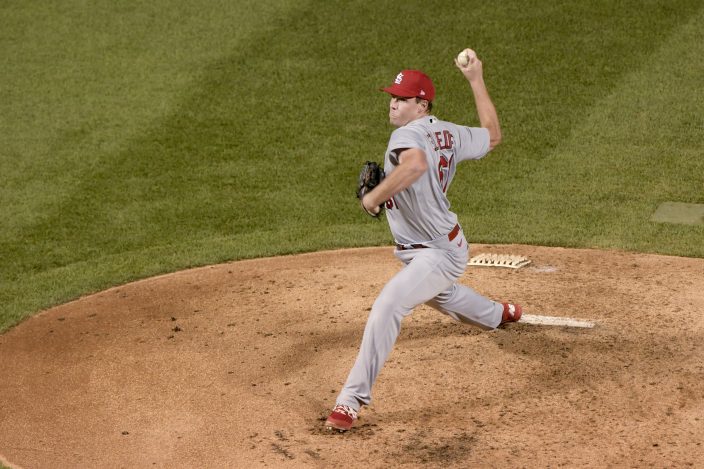 Paul Goldschmidt had three hits for St. Louis, including a two-out RBI single in the fifth. But the Cardinals wasted a couple of prime scoring opportunities while falling to 3-3 since returning from a coronavirus outbreak that put their season on hold for more than two weeks.

The longtime rivals conclude their unusual five-game series with another doubleheader Wednesday. They split two seven-inning games on Monday.

Cardinals manager Mike Shildt said he appreciated the effort by Daniel Ponce de Leon (0-2) and his four relievers, who combined for 207 pitches in a game that lasted 4 hours, 9 minutes. 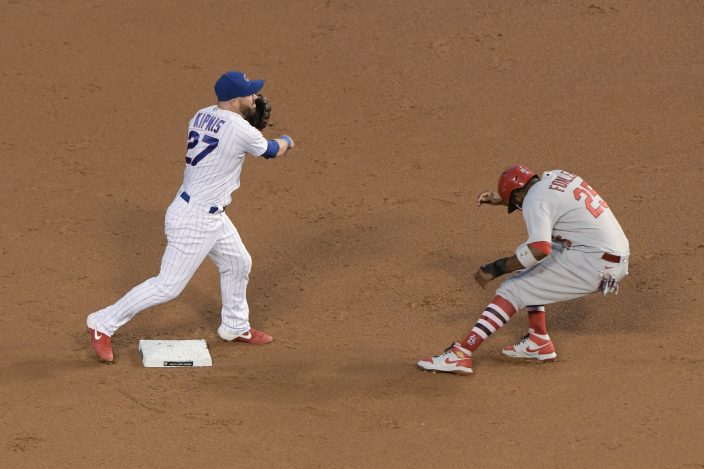 "Those guys that gutted up today gave us an opportunity tomorrow,” Shildt said.

The Cubs jumped in front when Ian Happ led off the third with an opposite-field shot to left for his fifth homer, matching Anthony Rizzo for the team lead. Kyle Schwarber added a two-run homer in the fifth, making it 4-1 with a drive deep into the bleachers in right.

Jason Heyward also had an RBI triple against Ponce de Leon (0-2), who allowed two runs and three hits in 3 1/3 innings.

“Fastball was good today, off-speed was here and there," Ponce de Leon said. “I just need to find a way to get quicker outs.”

St. Louis put runners on the corners in the second, but Matt Wieters bounced into an inning-ending double play. Darvish (4-1) also escaped a jam in the fourth, retiring three in a row after the Cardinals loaded the bases with no outs.

Cardinals outfielder Tyler O'Neill was scratched with a hand issue. Shildt said he might be able to play Wednesday.

“He just had something come at the base of one of his ring fingers,” he said. “Just didn’t feel right, didn’t feel good.”

Cardinals: C Yadier Molina, INF Paul DeJong, INF Rangel Ravelo and RHP Kodi Whitley have started working out again after they were cleared by Major League Baseball, according to Shildt. Each player was sidelined by the coronavirus. “I do think some other guys are right on the heels of being cleared,” Shildt said.

Cubs: LHP José Quintana (thumb surgery) threw a bullpen session. Ross said Quintana is going to throw another simulated game before he returns to the team. “We want to get him off the bump one more time before we bring him back,” Ross said.

St. Louis ace Jack Flaherty (1-0, 2.57 ERA) will start Game 1 of Wednesday's doubleheader. Flaherty hasn't pitched since he threw seven solid innings in a 5-4 victory over Pittsburgh on opening day. Alec Mills (2-1, 2.84 ERA) will get the ball for Chicago in Game 1. Neither team was ready to announce a starter for the second game.