Cavan Biggio and Lourdes Gurriel Jr. each drove in a run during the 10th inning to help the Toronto Blue Jays win their sixth consecutive game, 6-5 over the Tampa Bay Rays on Friday night.

Biggio knocked in Brandon Drury from second to start the 10th with a double off Aaron Loup (3-1). Biggio went to third on a sacrifice bunt before Gurriel hit a sacrifice fly as the Blue Jays went up 6-4.

Yandy Diaz began the bottom of the 10th with an RBI single against Jordan Romano. The reliever got a grounder from Hunter Renfroe with two on for his first career save. 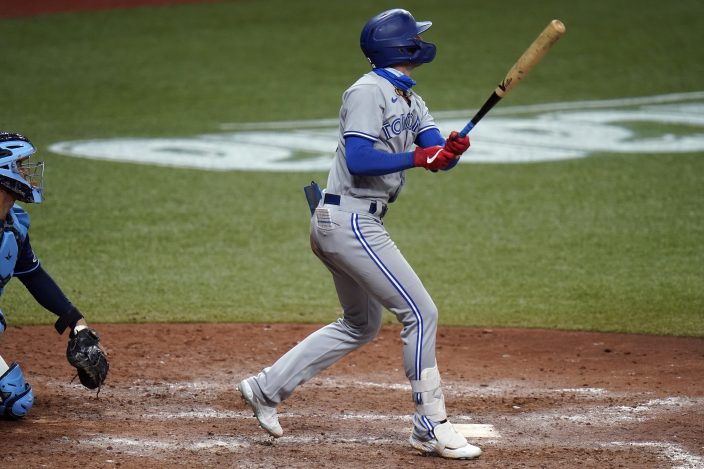 Brandon Lowe and Diaz homered for the Rays, who were coming off a 9-1 road trip that concluded Thursday with a three-game sweep at Yankee Stadium. The loss dropped Tampa Bay percentage points behind first-place New York in the AL East.

Teoscar Hernández and Vladimir Guerrero Jr. homered during a three-pitch stretch in the second. The Blue Jays have gone deep 28 times over their last 11 games. 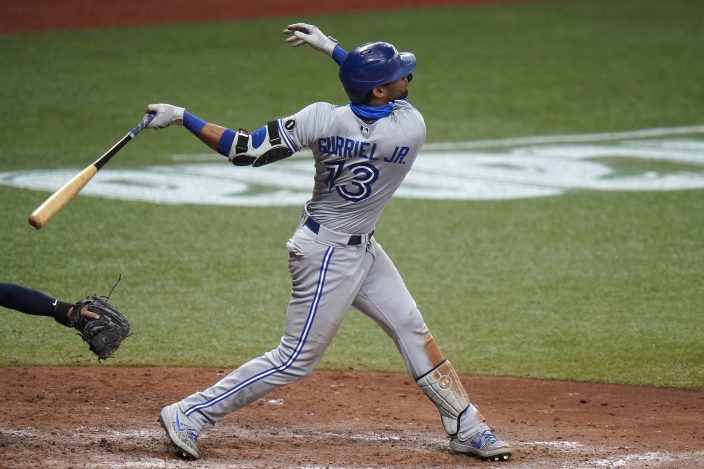 Tampa Bay tied it at 4 on pinch-hitter Jose Martinez’s two-run double in the sixth against Ryan Borucki. The Rays later loaded the bases with two outs but Rafael Dolis struck out Michael Perez on a 3-2 pitch.

The Rays got solo homers from Lowe in the first and Diaz in the third off Matt Shoemaker.

After Hernández and Guerrero connected on consecutive solo shots off Ryan Yarbrough, Gurriel had an RBI double and Randal Grichuk added a run-scoring infield single to put the Blue Jays up 4-1. 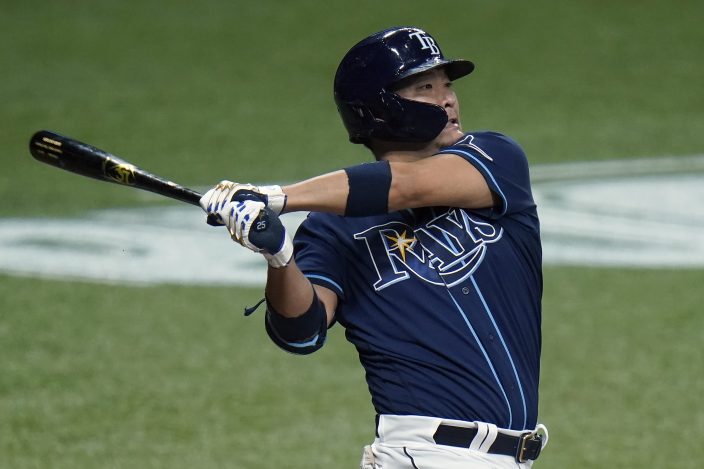 Gurriel appeared to score a fifth run in the second after being called safe on his attempt to score from second with a rolling move to avoid Perez’s tag on Grichuk's hit. The call was overturned after a three-minute video review. 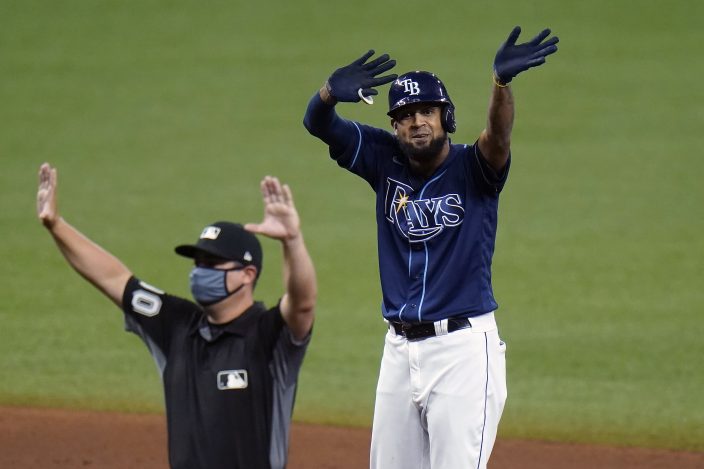 Gurriel made an on-the-fly throw from foul ground in the left-field corner to retire Diaz, who tried to score from first base on Ji-Man Choi’s double in the first inning. ... Renfroe made a running catch in right field on Guerrero's drive in the ninth and then safely leaped over a short wall onto a walkway in the seating area. 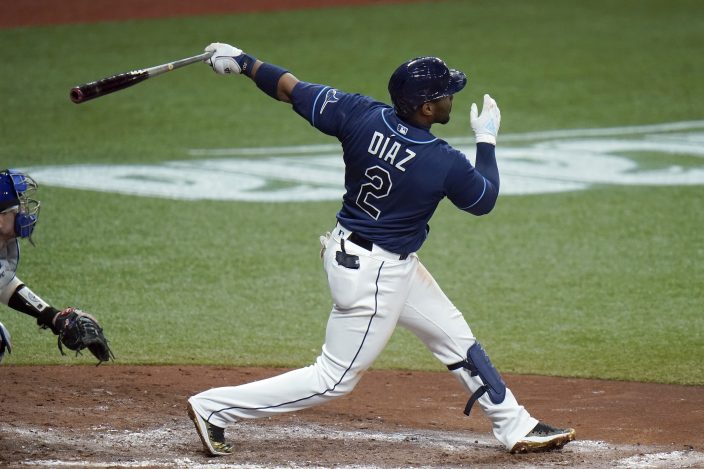 Rays: RHP Yonny Chirinos is scheduled to have Tommy John surgery Monday to repair a torn UCL. ... RHP Charlie Morton (right shoulder inflammation) will have his status evaluated over the next couple of days.

The starting pitchers for the second game of the series Saturday night had not been announced.