Walker Buehler struck out 11 over six sharp innings in his best outing of the shortened season, leading the Los Angeles Dodgers past the slumping Colorado Rockies 5-1 on Friday night.

The Dodgers (20-8) earned their ninth victory in 10 games and became the first team in the majors to win 20 this season. Every player in the Los Angeles lineup got a hit except Austin Barnes, although the catcher had an RBI with a sacrifice fly in the sixth.

Buehler (1-0) gave up four hits on 92 pitches in his fifth start of the season and didn't issue a walk in going past five innings for the first time. The right-hander was coming off his worst outing of the year. He gave up five runs (four earned) and six hits in 4 2/3 innings against the Angels last weekend. 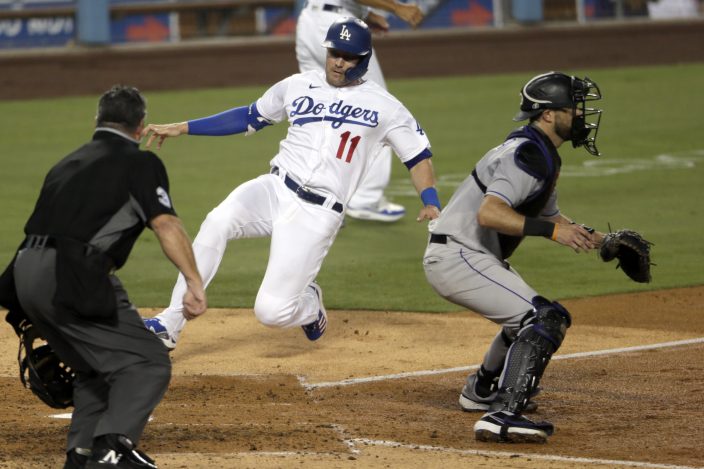 But on this night Buehler turned a corner, challenging hitters and putting the ball in good spots. He retired the first 11 batters he faced. Charlie Blackmon, the majors’ leading hitter at .420, ripped a two-out single to center field in the fourth for the Rockies’ first hit.

Buehler gave up three consecutive singles to right by Drew Butera, Raimel Tapia and Trevor Story in the sixth. Story's shallow hit scored Butera for the Rockies' lone run. Buehler then got Blackmon on a swinging strikeout before Joc Pederson's running catch into the lower wall in right ended the inning and prevented the potential tying runs from scoring.

After an impressive start, the Rockies have lost a season-high five straight and 10 of 12 while dropping to .500. Jon Gray (1-3) gave up four runs and seven hits in 3 2/3 innings. The right-hander had two walks and no strikeouts. 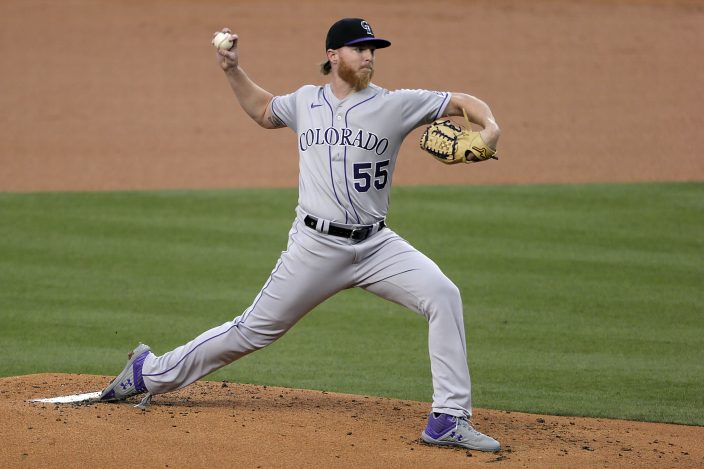 Cody Bellinger's RBI double in the first gave the Dodgers a 1-0 lead. 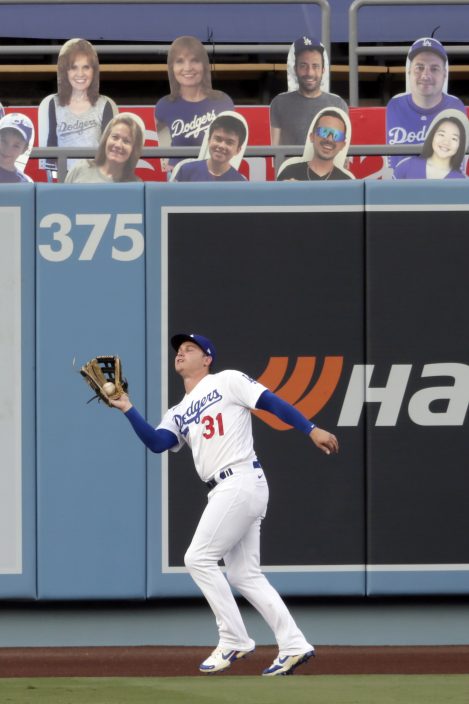 Dodgers: C Will Smith (neck inflammation) had four at-bats and did some catching at the team's alternate training site. He'll do more of the same on Saturday and if all goes well, return to the lineup Sunday. 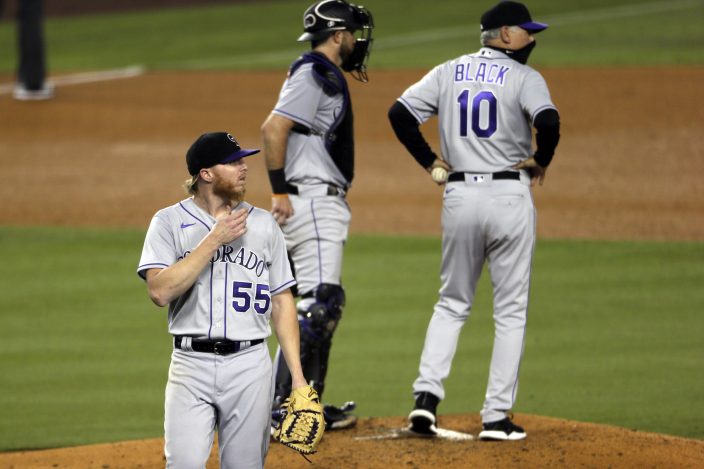 The Dodgers will honor Kobe and Gianna Bryant during pregame ceremonies Sunday, which would have been Bryant's 42nd birthday. He and his daughter were killed in a helicopter crash in January. Fans aren't allowed at Dodger Stadium, but they can watch on the team's SportsNet LA channel.

Rockies: LHP Kyle Freeland (2-1, 2.56 ERA) has recorded a quality start in each of his first five starts, tied for the second-longest streak to begin a season in franchise history. 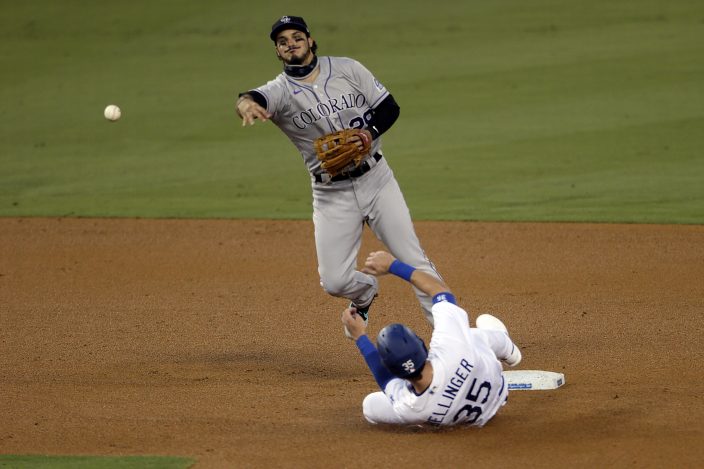 Colorado Rockies third baseman Nolan Arenado, top, makes the relay throw to first over Los Angeles Dodgers' Cody Bellinger at second base to get Max Muncy at first for a double play during the third inning of a baseball game in Los Angeles, Friday, Aug. 21, 2020. (AP PhotoAlex Gallardo)

Dodgers: RHP Dustin May (1-1, 3.00) has faced the Rockies once. He threw a scoreless inning of relief last September.

Daniel Sánchez is one of the lucki ...