The three-time MVP made a diving catch on Matt Olson’s sinking liner to center field to start the eighth inning, which had Angels reliever Ty Buttrey clapping his glove in gratitude. Buttrey got six outs for his second save.

Anthony Rendon extended his hitting streak to 12 games for the Angels, who snapped a four-game losing streak with their second victory in the last 10. 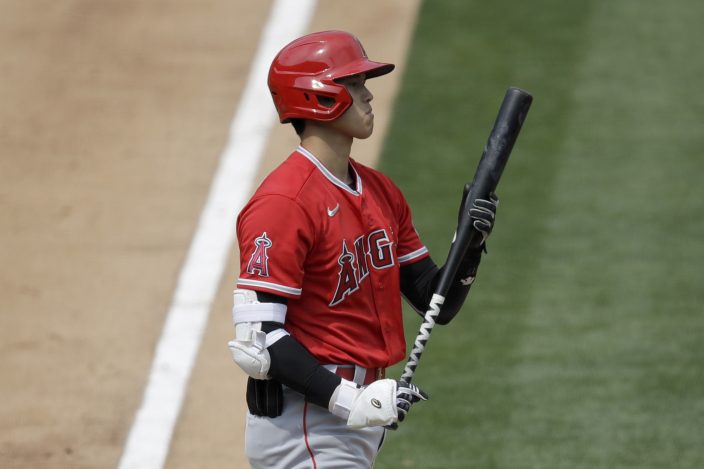 Matt Andriese (1-1) relieved starter Griffin Canning in the fifth and pitched 2 1/3 innings for his first win with the Angels.

Ramon Laureano scored from first on a double by Olson in the fifth to make it a 4-3 game, but the A's didn't have a winning rally in them this time. Oakland had its three-game winning streak snapped.

Matt Chapman homered in the fourth to pull the A's to 4-2. Olson and Tony Kemp each hit an RBI double. 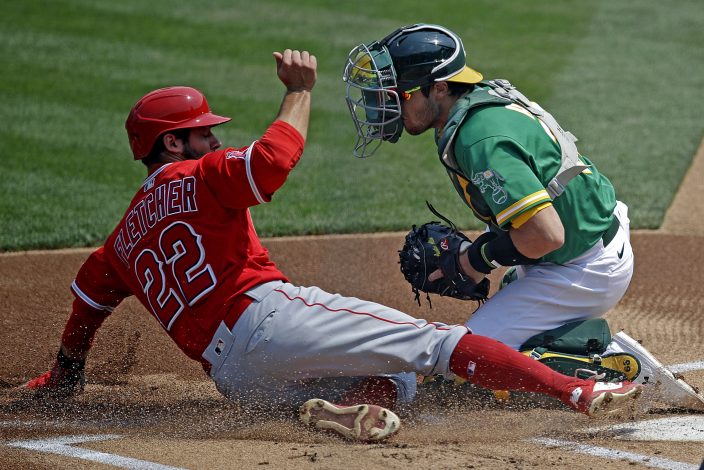 Trout gave the Angels a quick lead against Chris Bassitt (2-1) with an RBI groundout in the first. Bassitt had already thrown 52 pitches through two innings but made it through 5 2/3.

Shohei Ohtani went 0 for 3 with a strikeout and walk after getting a day off Friday night to work on his swing.

And with Ohtani playing, 40-year-old slugger Albert Pujols rested. He remains at 659 home runs and one from tying Hall of Famer Willie Mays for fifth place on the career list. 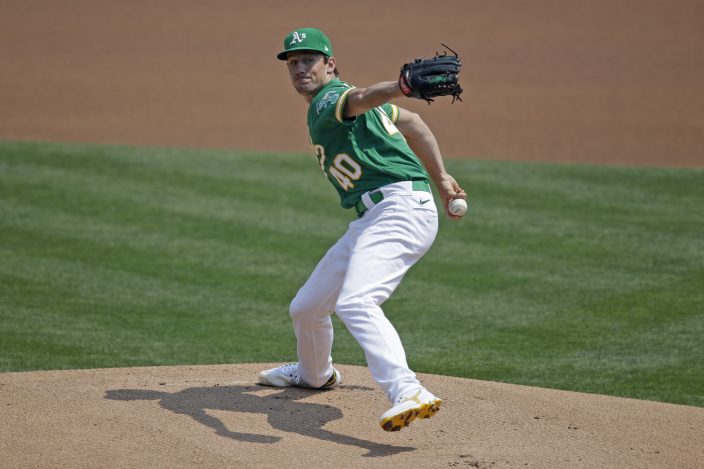 SCARE BEHIND THE PLATE

A’s catcher Austin Allen got hit in the right side of the head and lost his helmet when Tommy La Stella’s bat got him in the second inning. La Stella immediately reached back a hand to check on the catcher, who grabbed for his eye but stayed in the game after manager Bob Melvin and athletic trainer Nick Paparesta hustled out to make sure he was OK. 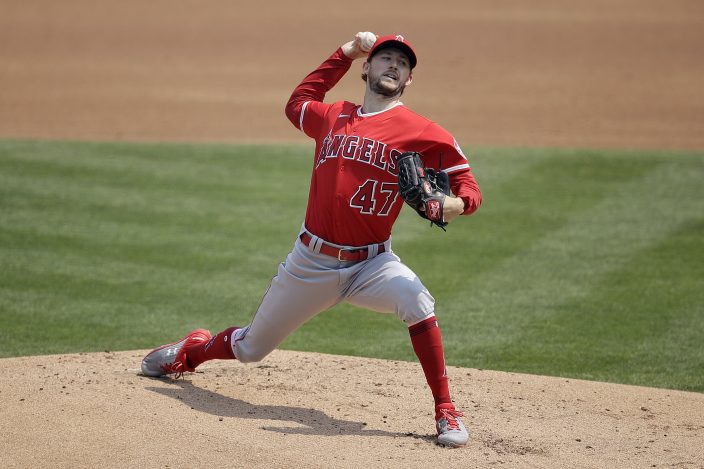 A's first base coach Mike Aldrete rejoined the club after two days away dealing with protecting his home near Monterey that is threatened by a nearby wildfire.

Melvin has switched from a gaiter face covering to a more traditional mask to better keep smoke particles from his mouth and nose — not to mention he's superstitious about whatever one was working during the winning stretch.

Angels: SS Andrelton Simmons had a planned day off after his return Friday night from a left ankle injury he hurt beating out an infield single at Oakland on July 27. Manager Joe Maddon plans to play Simmons in Sunday's series finale, then use him again Monday at Houston before another break Tuesday. ... C Jason Castro was back in the starting lineup after he exited Wednesday’s game after missing time with neck stiffness.