Bellinger drove a slider from Daniel Bard (1-2) just over the glove of Rockies right fielder Sam Hilliard for his seventh home run of the season and the second walk-off shot of his career. Chris Taylor also homered for the Dodgers, who have won 12 of 14 games this season when hitting at least two home runs.

Kenley Jansen (1-0) got the win after coming on to get the last out of the ninth inning. 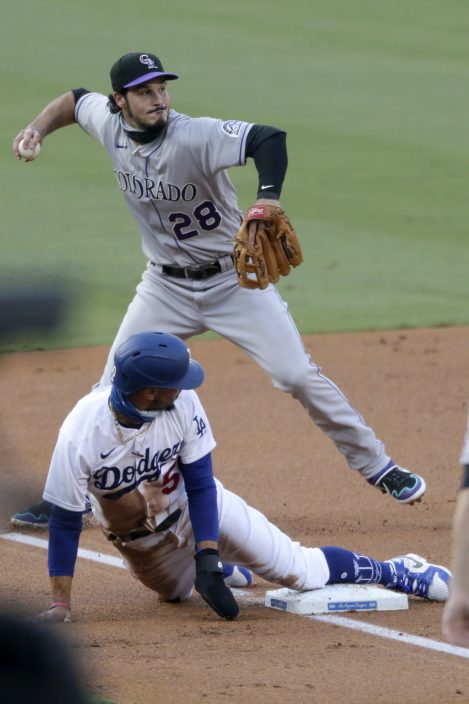 Colorado Rockies third baseman Nolan Arenado, above, throws to first, as Los Angeles Dodgers' Mookie Betts, below, slides into third safely, to get Corey Seager in a rundown between first and second base during the first inning of a baseball game in Los Angeles, Saturday, Aug. 22, 2020. (AP PhotoAlex Gallardo)

The Dodgers quickly went up 1-0 in the first. Mookie Betts drew a leadoff walk, advanced to third on Corey Seager's single to left and scored when Seager was caught in a rundown between first and second.

They added to their lead in the second when Taylor's solo shot to right field just cleared the wall. Taylor was able to take Kyle Freeland to a full count before connecting on the eighth pitch of the at-bat for his second homer of the season. 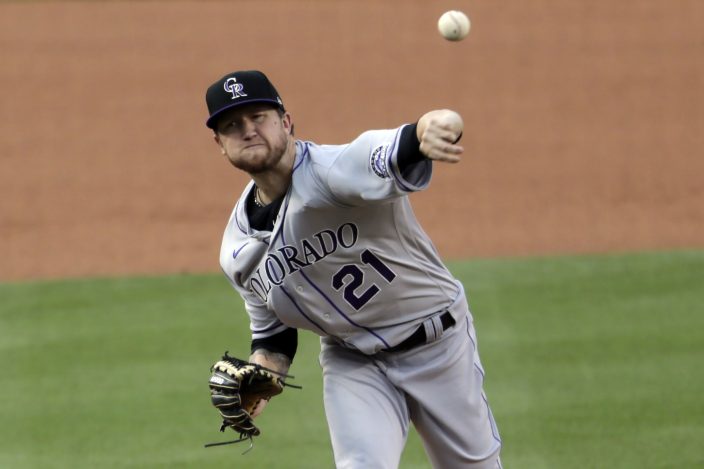 Hilliard began the Rockies' rally by tattooing Dustin May's sinker 431 feet over the wall in right-center leading off the third. Colorado tied it in the sixth when Story scored on Nolan Arenado's sacrifice fly.

The Rockies took a 3-2 lead in the seventh after Ryan McMahon scored on a wild pitch thrown by Blake Treinen. Los Angeles tied it in the bottom half when Justin Turner came home as Taylor grounded into a double play. 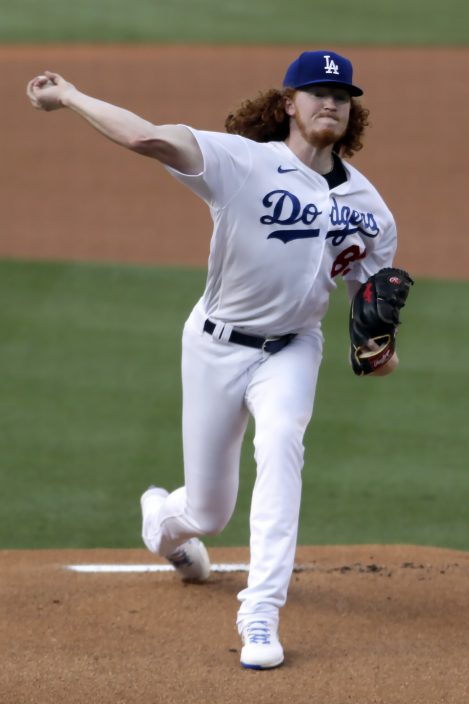 Freeland has gone at least six innings in all six starts this season. The left-hander allowed three runs and four hits with a season-high six strikeouts.

May yielded only two hits and one run but didn't factor in the decision for the fourth time in six starts. After striking out eight in a win over San Diego on Aug. 4, he has only five strikeouts in his last three starts. He had one on Saturday.