Tyler Anderson pitched a three-hitter for his first career complete game, overshadowing a record-tying night for Zac Gallen as the streaking San Francisco Giants beat the Arizona Diamondbacks 5-1 on Saturday.

Mike Yastrzemski and Alex Dickerson drew consecutive walks with the bases loaded against reliever Junior Guerra in the seventh inning to break open a tight game. Brandon Belt singled twice and had an RBI.

Yastrzemski also made a spectacular defensive play when he crashed into the right-field wall to take away a hit from Ketel Marte in the sixth, helping the Giants win their fifth straight. 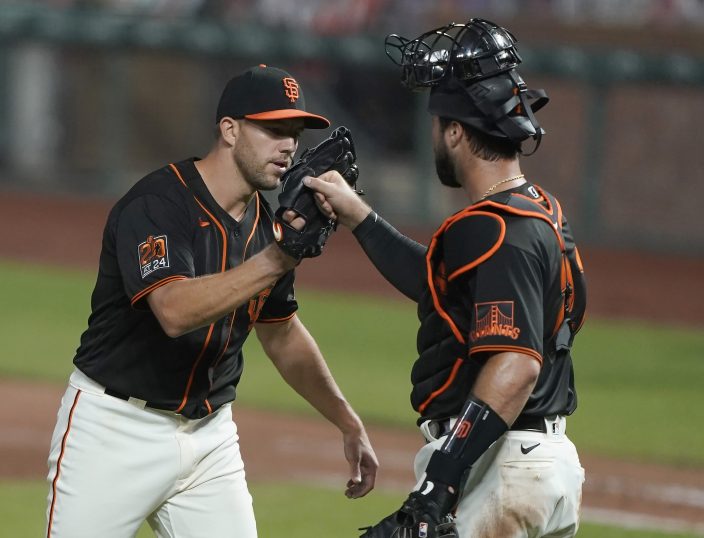 Anderson (1-1) was sharp all night, allowing an unearned run while striking out four with one hit batter. The lefty retired 15 straight after giving up a one-out double to Marte in the first inning. Marte also doubled in the ninth. Arizona’s only other hit was David Peralta’s RBI single in the seventh.

Starling Marte scored Arizona’s only run after reaching on an error in the seventh. The Diamondbacks have lost four straight.

Gallen gave up one run and three hits in six innings. He struck out six and walked four, including the first three batters he faced. 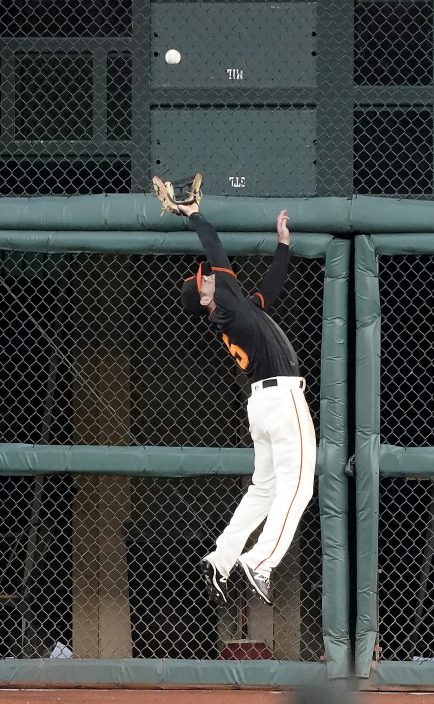 The Arizona right-hander tied the record for most games allowing three earned runs or fewer to begin a career. Gallen’s streak of 21 starts ties the mark set by Aaron Sele of the Boston Red Sox from 1993-94.

It came after a rough first inning, too.

Gallen walked the bases loaded on 15 pitches, then got a mound visit from pitching coach Matt Herges before getting Belt to ground into a double play. Yastrzemski scored on the play. 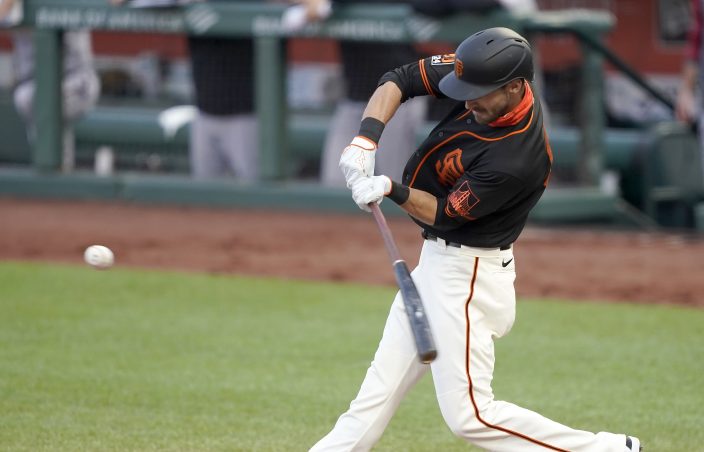 The Giants' defense bailed out Anderson in the sixth after he hit Kole Calhoun with a pitch with two outs. Yastrzemski had to chase down Ketel Marte’s long fly and made a leaping grab as he crashed into the padded wall in right field.

After the Diamondbacks tied the game with an unearned run off Anderson, the Giants batted around in the seventh. Matt Grace (0-1) issued a pair of walks sandwiched around a pinch-hit double by Joey Bart. Yastrzemski and Dickerson followed with walks off Guerra to force in a pair of runs, and Belt’s single made it 5-1. 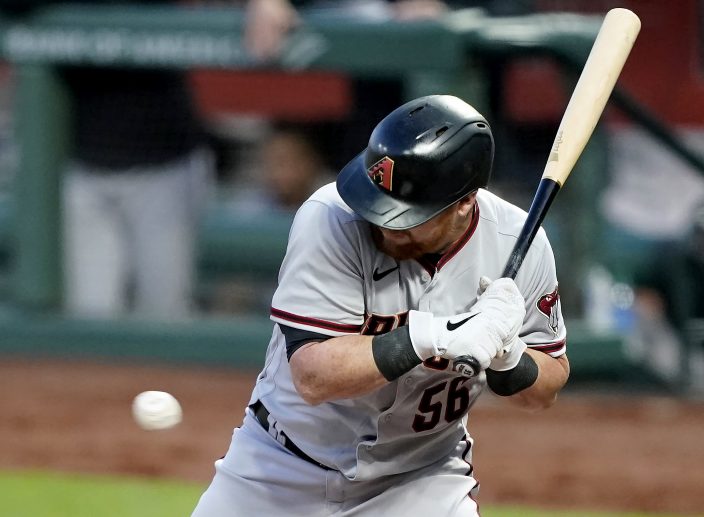 The four Diamondbacks cutout “visiting fans” for this weekend’s series in San Francisco are Hall of Famer Randy Johnson (earned his 300th win with the Giants on June 4, 2009), Luis Gonzalez (had two splash hits here), Mark Grace (five homers and one splash hit) and Roland Hemond. Another Arizona great, Matt Williams, already had a place in the stands for his contributions to the Giants from 1987-96.

Giants: Austin Slater was placed on the 10-day IL with a mild left groin strain sustained while running the bases Friday night. Slater has also been dealing with a strained right elbow. “It’s tough for the club but it’s even tougher for Slater,” manager Gabe Kapler said. … RHP Sam Coonrod (Grade 1 lat strain) threw a simulated game and could return soon. Kapler was mostly pleased with Coonrod’s velocity and overall health. … Bart, called up to be the team’s everyday catcher, was given a planned rest to keep him fresh. … OF Steven Duggar was called up from the alternate training site and started in center field. 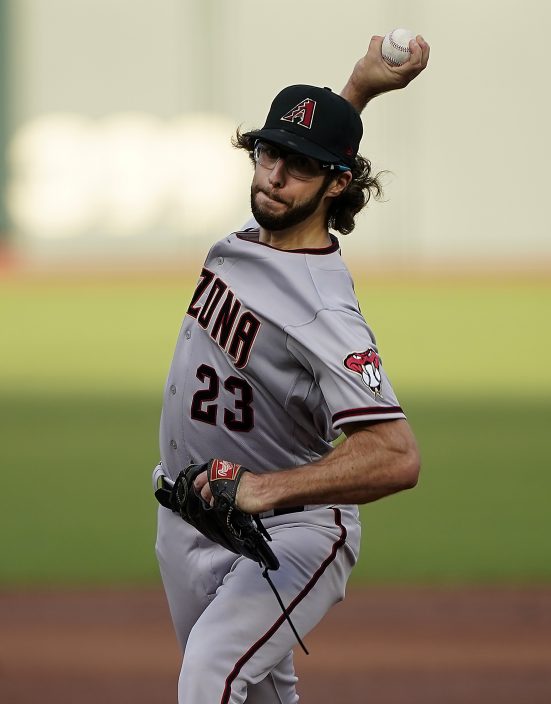 Arizona RHP Luke Weaver (1-3, 9.16 ERA) is coming off a solid five-inning start against the A’s and will try to match that against the Giants on Sunday. Weaver beat San Francisco in his only appearance at Oracle Park last season. RHP Trevor Cahill (0-0, 1.59) goes in the series finale for the Giants. Cahill has pitched a total of 5 2/3 innings in his two previous starts this season.