Fleming is the 11th different starter in 29 games this season for the injury-filled Rays pitching staff. The lefty went 12-7 between Double-A Montgomery and Triple-A Durham last year.

John Curtiss, the fourth Tampa Bay reliever, worked 1 2/3 perfect innings to get his first career save. 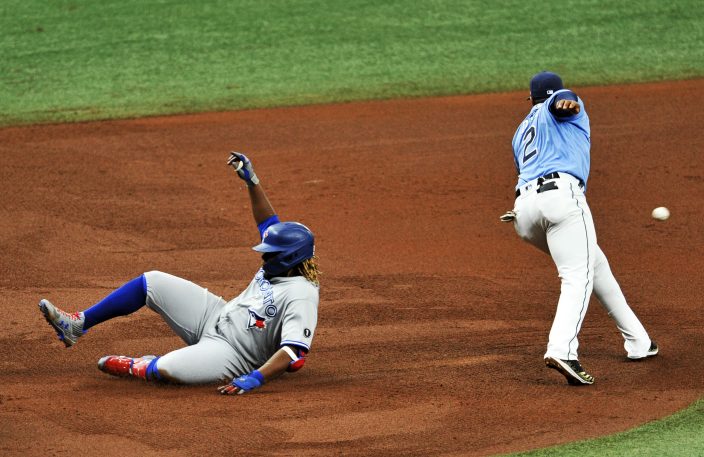 The Rays took a 3-2 lead in the fifth on an RBI single from pinch hitter José Martínez, Austin Meadows' sacrifice fly and a run-scoring single by Brandon Lowe off Ryan Borucki (1-1).

Meadows had an RBI single and Ji-Man Choi hit a sacrifice fly to make it 5-2 in the seventh. 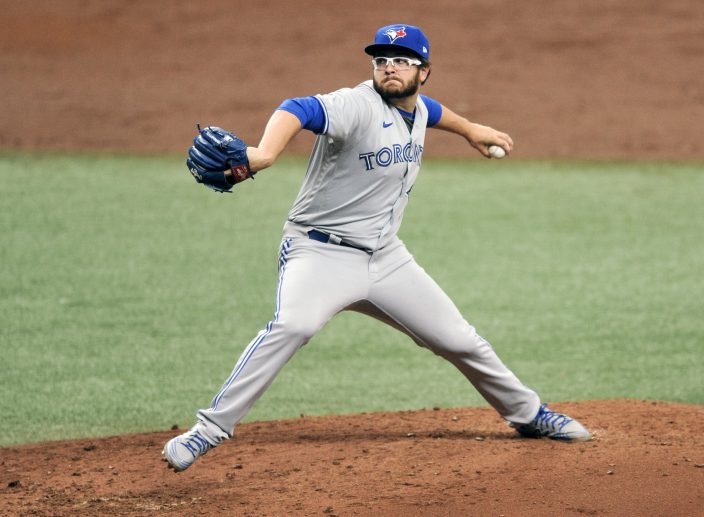 Teoscar Hernández and Lourdes Gurriel Jr. homered for Toronto. Gurriel's two-run shot in the eighth made it 5-4, but Tampa Bay held on.

Toronto went ahead 2-0 in the fourth when Vladimir Guerrero Jr. hit an opposite-field triple and scored on a single by Travis Shaw. Fleming was able to work out of a bases-loaded, one-out situation later in the inning.

Thornton was making his second start in four days after being out two weeks with the same elbow issue. He recorded two outs and gave up six runs Thursday against Philadelphia. 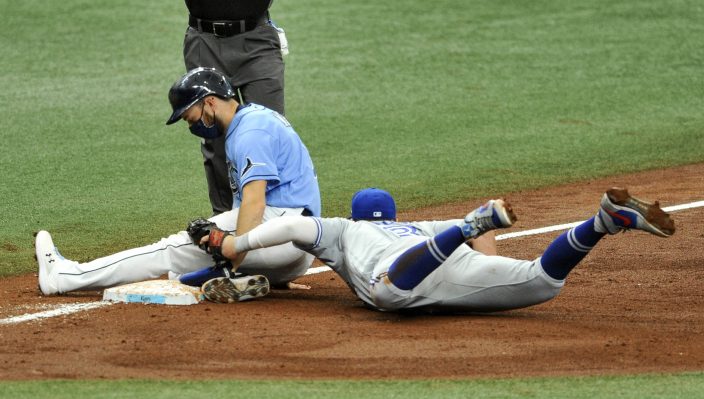 Rays manager Kevin Cash was ejected in the sixth for arguing a check-swing call.

Rays: RHP Nick Anderson (right forearm inflammation) went on the 10-day injured list, becoming the eighth Tampa Bay pitcher on the IL. “You always expect some injuries, they’re going to occur,” Cash said. “I think we all knew that they were going to be elevated this season in particular. But no doubt this is a little head scratching. ”

Rays left-hander Sean Gilmartin was designated for assignment for the second time this season after allowing one run, three walks and one hit over one inning Friday night. Gilmartin is married to White House Press Secretary Kayleigh McEnany.

Rays left-hander Blake Snell (2-0) will start Monday’s series finale. He is 2-1 with a 1.36 ERA in seven starts against the Blue Jays since the start of the 2018 season. Toronto has not announced its starter.