Mike Yastrzemski celebrated his 30th birthday with a go-ahead home run and the San Francisco Giants beat the Arizona Diamondbacks 6-1 Sunday for their sixth consecutive victory.

Trevor Cahill and four relievers held the Diamondbacks to five hits, and the Giants completed their first three-game series sweep of the season.

Yastrzemski drove a 3-2 pitch from Luke Weaver (1-4) into the Giants’ bullpen in center field leading off the sixth for a 2-1 lead. 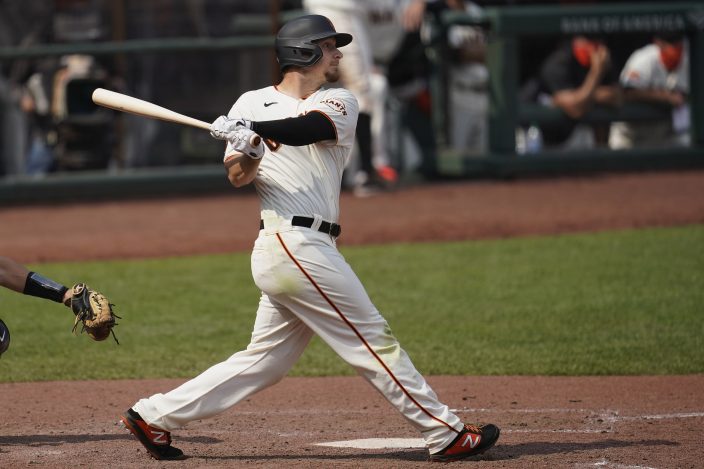 Alex Dickerson added a three-run homer off Hector Rondon in the seventh to provide cushion and make it a 5-1 game. Evan Longoria doubled home a run and Pablo Sandoval had a run-scoring single to round out San Francisco’s offense.

On a day the Giants cut one of their most beloved veterans in Hunter Pence, they got yet another big moment from Yastrzemski, a late-blooming outfielder who has flourished since breaking through with San Francisco last season when he hit 21 home runs.

He’s hitting .309 this season with a team-high 24 RBIs, and his seven homers are tied with Wilmer Flores for the Giants’ lead. 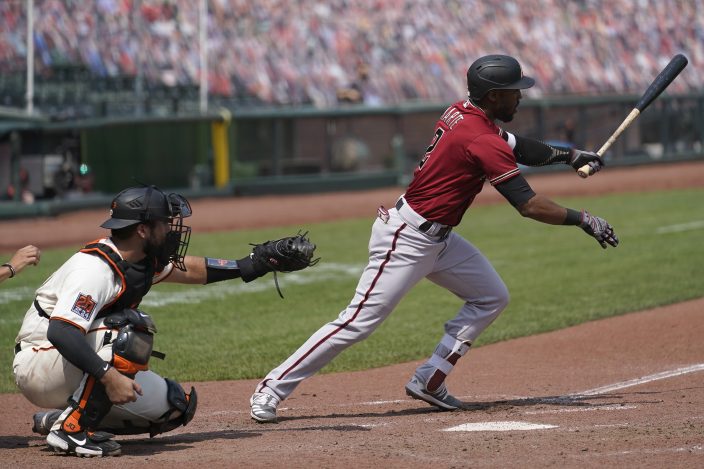 Cahill held Arizona to one hit over 5 1/3 innings, striking out eight, walking two and being charged with one run that scored after he left the game in the sixth.

Caleb Baragar (3-1) got the final two outs of the sixth and earned the win.

Weaver was strong early for the Diamondbacks, facing the minimum through four innings. He gave up two runs over 5 2/3 innings with five strikeouts. 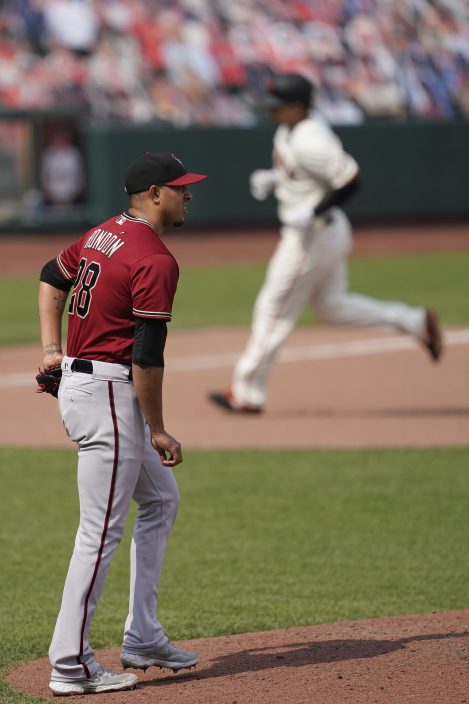 The Diamondbacks have lost five in a row.

The Giants acquired infielder Daniel Robertson from Tampa Bay on Sunday morning in exchange for cash or a player to be named later. Robertson, 26, hit .231 with 16 homers and 72 RBI over parts of three seasons with the Rays. He was designated for assignment last week. 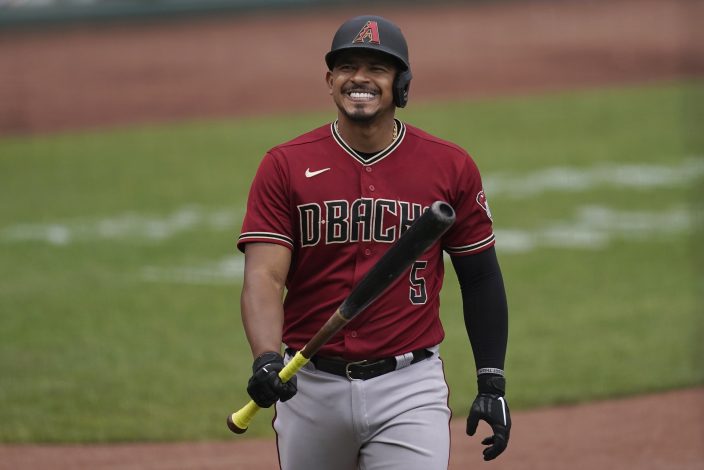 Arizona Diamondbacks' Eduardo Escobar walks to the dugout after striking out against the San Francisco Giants during the ninth inning of a baseball game in San Francisco, Sunday, Aug. 23, 2020. (AP PhotoJeff Chiu)

Robertson was a first-round draft pick by Oakland in 2012, at a time when current Giants President of Baseball Operations Farhan Zaidi was part of the A’s front office.

Diamondbacks: LHP Madison Bumgarner, who didn’t make the trip to San Francisco to face his old team because of a mid-back strain, was scheduled to throw a simulated game at Chase Field on Sunday with the plan of getting him up to 70 pitches. 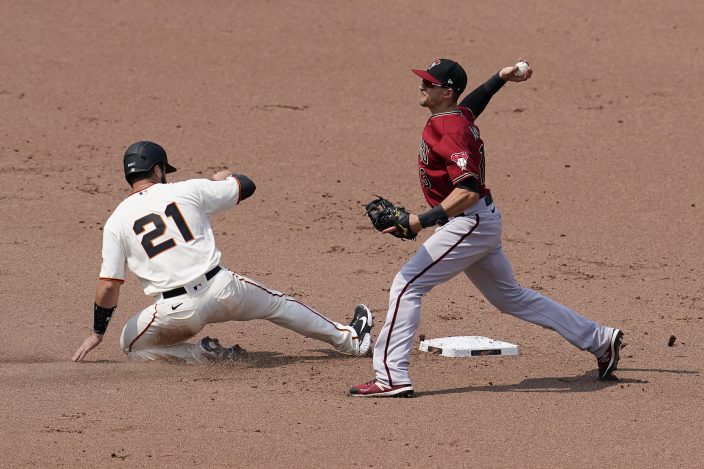 Giants: RHP Sam Coonrod was reinstated from the 10-day injured list before the game. The reliever missed 21 games with a right lat strain. He posted a 7.36 ERA in four appearances before his injury.

Diamondbacks: RHP Merrill Kelly (3-2, 2.59) takes the hill for Arizona on Monday to open a four-game home series against Colorado. Arizona took two of three at Coors Field earlier this month.

Giants: Manager Gabe Kapler has yet to announce a starter for Tuesday’s opener of a three-game home series against the Dodgers, who have taken four of seven from San Francisco so far this season.