Mark Canha hit a sacrifice fly in the 10th inning, and the Oakland Athletics beat the Los Angeles Angels 5-4 on Sunday.

Matt Olson made the last out of the ninth, but Franklin Barreto came in to run for him at the start of the 10th. After Matt Chapman singled Barreto to third, the Angels brought the infield in before Canha hit a high fly to center off Ty Buttrey (1-1). Mike Trout made the catch but Barreto scored without a throw. 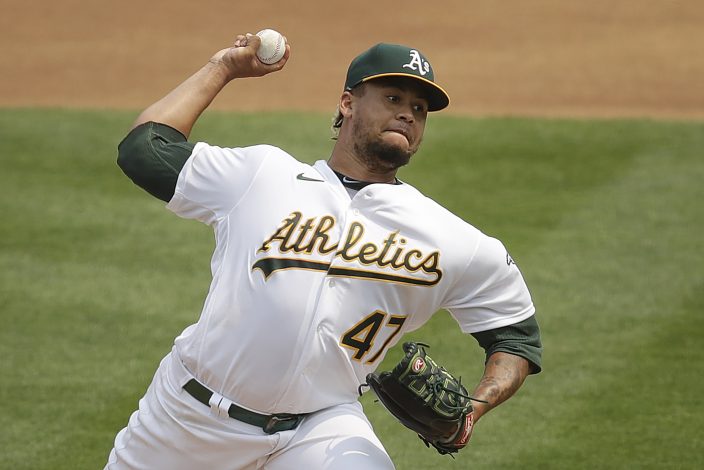 The game was played despite poor air quality from several fires in Northern California that have raged on for most of the week. The A’s said the situation was being monitored throughout the day.

Ohtani’s 439-foot drive off Frankie Montas into the stands in left-center put the Angels up 3-2 in the third. The opposite-field shot snapped a 0-for-19 funk for the designated hitter. 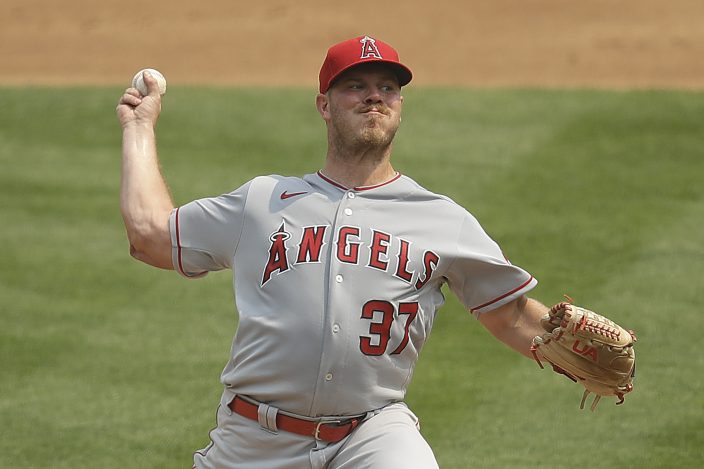 Oakland trailed 4-2 before rallying on RBI singles by Stephen Piscotty and Sean Murphy in the sixth.

Angels manager Joe Maddon was ejected by first base umpire Lance Barrett for arguing a check-swing non-call in the sixth inning. On Thursday, Maddon complained to Barrett in San Francisco after Giants pitcher Shaun Anderson threw high and tight toward Trout for the third time in two games. 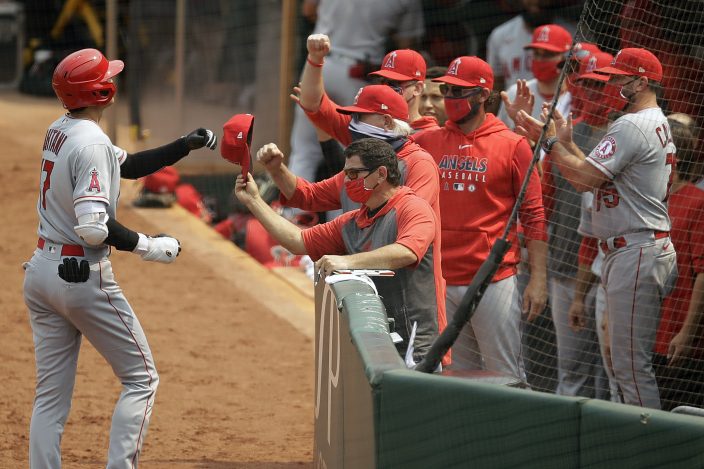 Montas allowed four runs and seven hits in 4 2/3 innings. He struck out five and walked three. 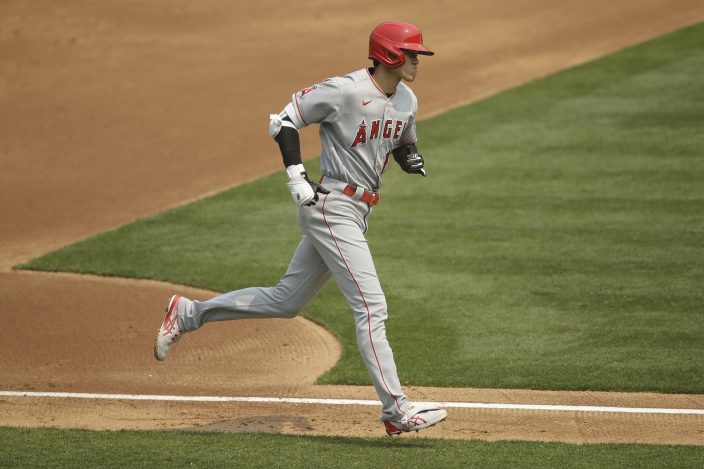 Moments before Ohtani’s home run, A’s center fielder Ramon Laureano made a spectacular defensive play that prevented the inning from being worse for Oakland. La Stella led off the third with a bloop single. Trout followed with short flare to center that a sliding Laureano caught on a short hop before throwing to Montas at second base to get La Stella, who had paused running while the ball was in the air.

Angels: Bundy seemed fine after running into second baseman David Fletcher while the two were running to cover the bag at first base on Canha’s slow grounder in the third. Fletcher took the throw from La Stella just as he collided with Bundy, who immediately winced and grabbed his side near left hip but stayed in the game.

Athletics: C Austin Allen was feeling better after being hit on the right side of his head by the backswing of La Stella during Saturday’s game. Allen suffered a small cut but remained in the game, although he did not play Sunday.

Angels: LHP Patrick Sandoval (0-3, 5.40 ERA) faces the Astros in Houston on Monday. Sandoval has gone 13 consecutive starts without a win, the longest streak to start a career in franchise history.

Athletics: LHP Jesús Luzardo (2-0, 3.67 ERA) pitches the opener of a four-game series in Texas on Monday.