IndyCar is not NASCAR and the Indianapolis 500 is not 500-plus some extra miles. Accepting those truths helps understand the unsatisfying finish to “The Greatest Spectacle in Racing.”

The 104th running of the showcase race was an odd and lonely event even before Takuma Sato took the checkered flag under caution for his second Indy 500 win in four years. The pandemic meant the largest venue in the world sat empty, attendance reduced to a socially distanced group of 2,500 at a place that can welcome more than 300,000.

Who knows how those sun-soaked spectators would have reacted to the late yellow flag that sealed Sato’s win and slammed the brakes on Scott Dixon’s attempt to catch the Japanese star in the closing laps? The caution for a Spencer Pigot crash was called with four laps remaining, just 10 miles from the scheduled finish — too short a distance to set up a shootout. 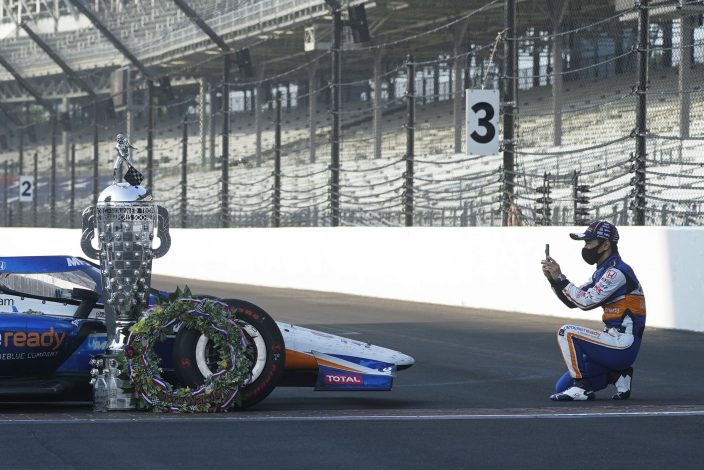 Takuma Sato, of Japan, winner of the 2020 Indianapolis 500 auto race, takes a photo of his car and the Borg-Warner Trophy during the traditional winners photo session at the Indianapolis Motor Speedway, Monday, Aug. 24, 2020, in Indianapolis. (AP PhotoDarron Cummings)

But that’s not a problem for NASCAR, as noted by fans angered and confused by the ho-hum ending. The stock car series uses overtime -- multiple attempts, in fact – in an effort to end races under the green flag. The two lap green-white-checkered rule has evolved since NASCAR began regularly using it in 2004 but it is an accepted norm for that series.

IndyCar, however, has resisted gimmicks and remained true to racing purity. That is particularly important for the Indy 500, an event celebrated for its rich traditions with no real clamoring for artificial enhancements. There were plenty who were content with the anti-climactic finish. 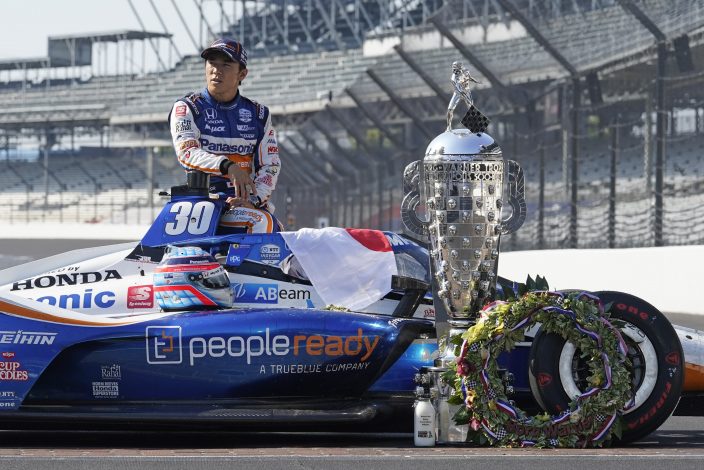 Sato is at least the 11th winner to take the checkered flag under yellow at Indianapolis, but first since Tony Kanaan in 2013. There were some who grumbled after Kanaan’s win at being denied a proper finish and IndyCar changed it up the very next year. The series red-flagged the race with seven laps remaining in 2014 to clean an accident scene in what was thought to be an unprecedented call for the Indy 500.

A red flag brings the race to a complete halt, instead of cars ticking off the remaining laps behind the pace car. By throwing the red in 2014 and taking roughly 10 minutes to clean the debris, Ryan Hunter-Reay beat Helio Castroneves by 0.06 of a second in one of the closest finishes in Indy history.

Hunter-Reay only needed the scheduled 500 miles to collect the checkered flag. The scenario on Sunday wasn’t even remotely similar. Pigot's crash destroyed the attenuator at the front of pit lane, a repair that would take at least an hour to complete. Pigot needed medical attention and was laying prone on the track before he was treated and released from an Indianapolis hospital. IndyCar broadcast partner NBC Sports was scheduled to shift from the race into an NHL playoff game.

Even if IndyCar could have somehow juggled all the factors, there weren't enough laps remaining for a proper final restart.

“IndyCar makes every effort to end races under green, but in this case following the assessment of the incident, there were too few laps remaining to gather the field behind the pace car, issue a red flag and then restart for a green-flag finish," the series said in a statement. 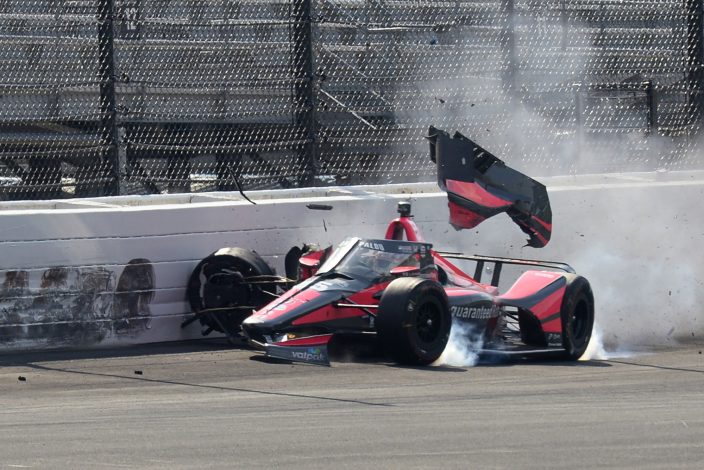 There should never have been an expectation for procedures to be changed on this one afternoon, and when IndyCar did it in 2014 it was under a different series director.

Forget about overtime. Just because it works for NASCAR does not mean it would be accepted in this series, and definitely not for the Indy 500. New track owner Roger Penske holds the 500 in the highest regard and is determined to make the speedway as pristine and polished as Augusta National and the event as revered as The Masters.

Using a ruse to guarantee a better show would tarnish the lure of the 500 and Penske’s ultimate vision.

It's understandable to feel disappointed the race didn't end with a thrilling finish. It is just as important to understand the Indy 500 will never be a NASCAR event.

Organizers of the March for Life, ...