Nolan Arenado had two doubles and two RBIs to break out of a slump and help the Colorado Rockies beat the Arizona Diamondbacks 5-4 on Tuesday night.

Trevor Story also had two hits, including a triple, and added two stolen bases. The Rockies have won two straight games after dropping the previous seven and have pushed back to .500 with a 15-15 record.

Daniel Bard gave up a run in the ninth but still earned his second save in two nights. The Diamondbacks loaded the bases with two outs but Nick Ahmed struck out to end the game. 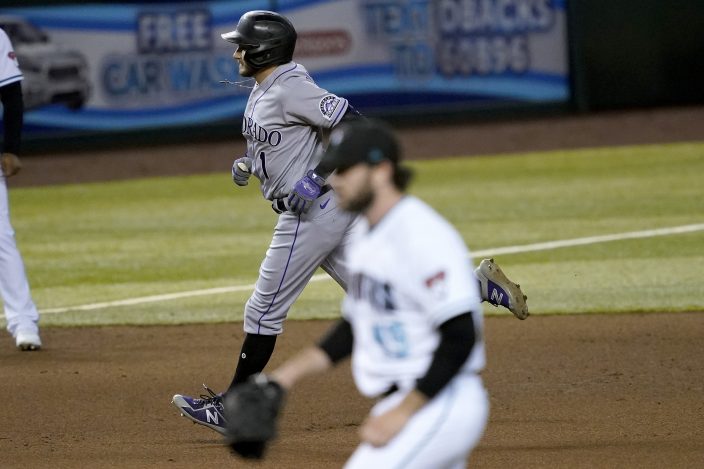 Arizona lost its seventh straight and fell to 13-18.

The Rockies' decisive rally came in the seventh. Story drew a one-out walk and stole second before coming home on Arenado's second double of the night. Later in the inning, Arenado scored on a passed ball to push the Rockies ahead 5-3.

Arenado, a five-time All-Star and seven-time Gold Glove third baseman, has struggled some by his lofty standards and came into the game batting just .223. He was just 5 of 37 at the plate over his previous 10 games. 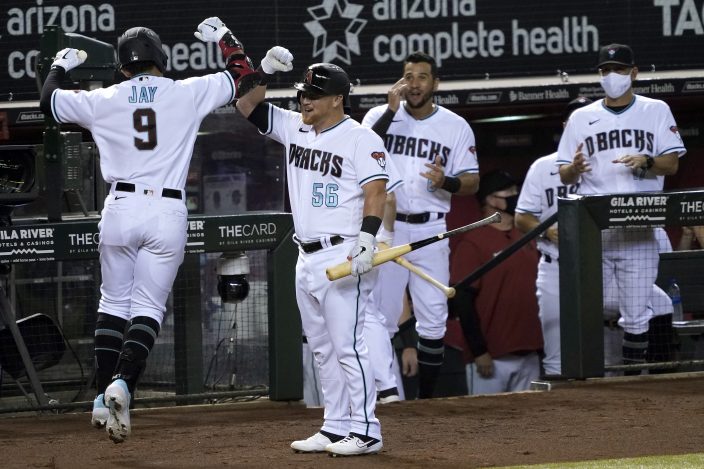 Colorado took a 2-0 lead in the first with three extra-base hits. Story started the action with a long triple into the right-center gap and Arenado brought him home with a double. Two batters later, Matt Kemp followed with another double that scored Arenado.

The D-backs bounced back to tie it at 2-all in the second thanks to solo homers from Christian Walker and veteran Jon Jay. It was the first homer in more than two years for Jay, who went 108 games and 384 plate appearances between long balls.

Jairo Díaz (1-1) earned the win by pitching a scoreless sixth inning. Stefan Crichton (2-1) took the loss after giving up two runs in the seventh. 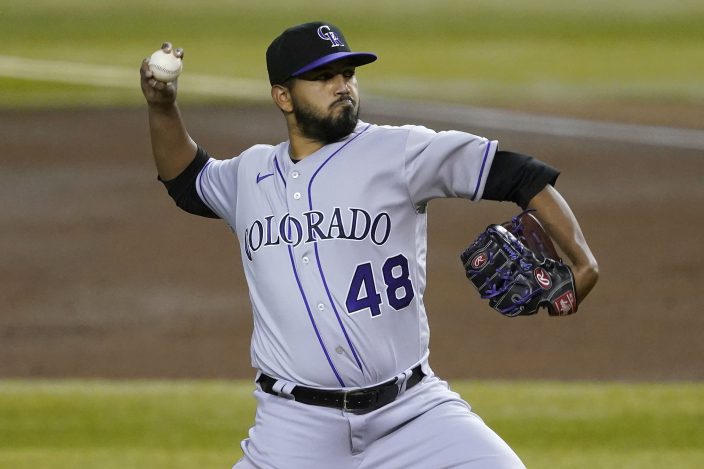 Rockies: Catcher Tony Wolters didn't start one day after taking a foul ball off his left knee in the ninth inning. Drew Butera started but Wolters entered the game in the sixth after Daniel Murphy pinch hit for Butera.

Diamondbacks: Arizona is down two starting pitchers with both Madison Bumgarner and Merrill Kelly on the injured list. Bumgarner could return soon. Manager Torey Lovullo said the veteran left-hander will have a bullpen session on Wednesday and then the team will determine if he's ready to re-join the rotation. 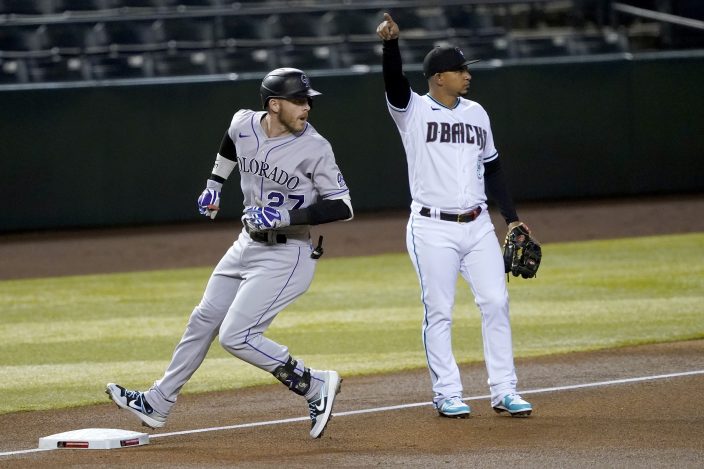 Colorado Rockies' Trevor Story (27) looks towards the ball after hitting a triple as Arizona Diamondbacks' Eduardo Escobar directs the throw during the first inning of a baseball game, Tuesday, Aug. 25, 2020, in Phoenix. (AP PhotoMatt York)

Diamondbacks: LHP Robbie Ray (1-3, 8.33) will try to shake a rough start to the season. The hard-throwing veteran has struggled with his command, walking 25 batters in 27 innings.