All three clubs played in the Champions League group stage in recent seasons but were eliminated in the second qualifying round despite being drawn at home in single-leg elimination games. The usual two-leg format has been cut back in a tighter schedule during the pandemic. 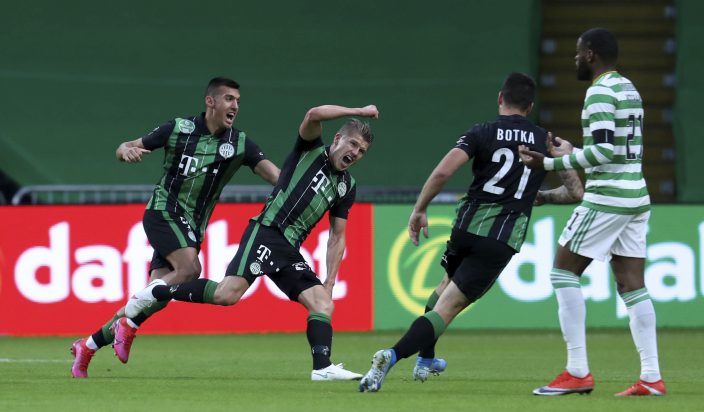 The decisive goal was scored in the 75th minute by Tokmac Nguen, a former refugee from South Sudan who later represented Norway as a youth international.

Polish champion Legia lost 2-0 to Omonia of Cyprus after extra time. Omonia is coached by Henning Berg, the former Norway and Manchester United defender, who won the Polish league coaching Legia in 2015.

Cluj made it 2-2 in stoppage time to force extra time against Dinamo Zagreb but went on to lose a penalty shootout. 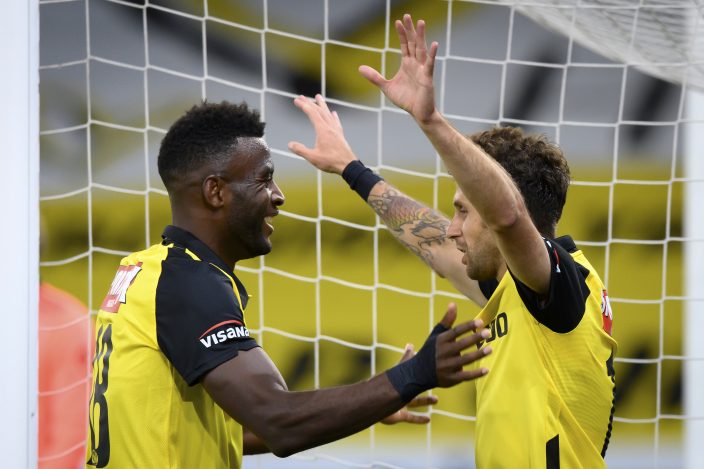 There were also away wins for Midtjylland, Rapid Vienna, Maccabi Tel-Aviv and Molde.

Dutch league runner-up AZ Alkmaar was seconds away from losing 1-0 at home to Viktoria Plzen, but leveled from a penalty awarded in the fourth and final minute of stoppage time.

Young Boys also won 3-1 against KI Klaksvik of the Faeroe Islands in a game cleared to take place by a court ruling about three hours before kickoff in Switzerland.

KI advanced when its previous opponent, Slovan Bratislava, was ordered by UEFA to forfeit the game because of players testing positive for COVID-19.

Slovan has appealed against UEFA’s ruling to the Court of Arbitration for Sport, and also tried to get an interim ruling to postpone Wednesday’s game. That was dismissed by the court.