Aaron Nola bounced back from the shortest outing of his career to throw seven strong innings, and the Philadelphia Phillies took advantage of the Washington Nationals’ sloppy outfield defense to rally for a 3-2 victory on Wednesday night.

Bryce Harper, who won the 2015 NL MVP during a seven-year stint with the Nationals, delivered the go-ahead RBI single in the seventh to help the Phillies win their third in a row. The defending World Series champion Nationals have dropped three consecutive games to drop to a season-high six games under .500.

Nola (3-2), who threw a career-low 2 2/3 innings Friday in a loss at Atlanta, gave up two runs on five hits while striking out eight. Tommy Hunter tossed a perfect eighth, and recently acquired closer Brandon Workman escaped a two-on, one-out jam by striking out Eric Thames and Victor Robles for his second save since joining the Phillies from Boston and sixth overall. 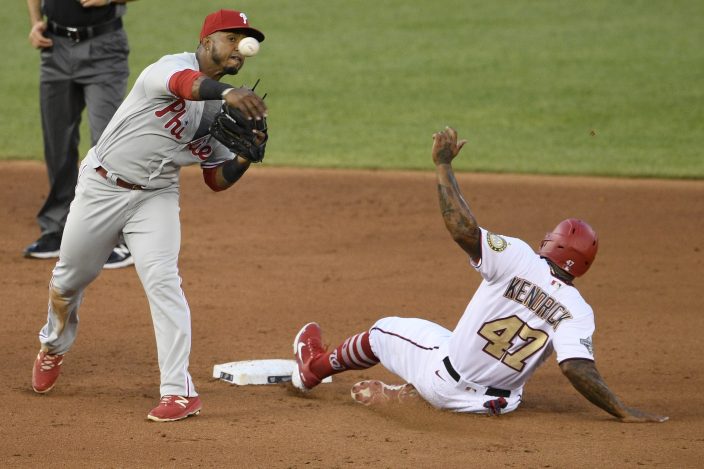 Washington Nationals' Howie Kendrick (47) is out at second as Philadelphia Phillies second baseman Jean Segura throws to first but is unable to put out Nationals' Luis Garcia during the fourth inning of a baseball game Wednesday, Aug. 26, 2020, in Washington. (AP PhotoNick Wass)

The Phillies trailed 2-1 entering the seventh against Washington starter Patrick Corbin, who yielded a solo homer to Rhys Hoskins in the third but had otherwise avoided serious trouble. Didi Gregorius led off with a hit to left that Juan Soto dove for and missed, turning a likely single into a triple.

That ended Corbin’s night, and Alec Bohm greeted reliever Will Harris (0-1) with a single to right to tie the game. After a fielder's-choice grounder put Roman Quinn on first, Andrew McCutchen hit a routine fly to deep right-center, but Robles and Adam Eaton collided in what was scored a single. Two batters later, the speedy Quinn easily scored from second on Harper’s looping single to left to give the Phillies the lead. 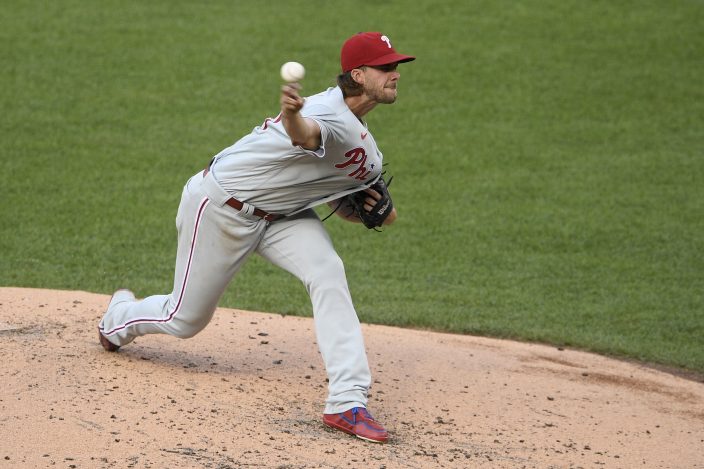 Soto led off the second with a first-pitch blast into the left field seats, his eighth homer of the season. Washington shortstop Trea Turner singled in the fifth to extend his hitting streak to 12 games. 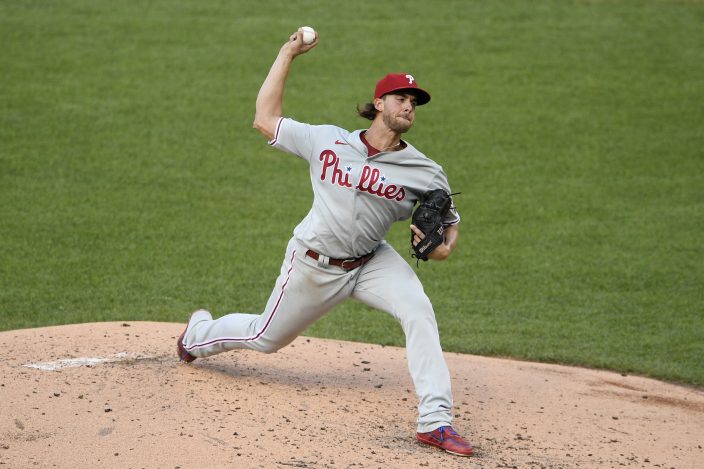 Washington optioned rookie INF Carter Kieboom to its alternate site. Kieboom is hitting .200 with no homers, 5 RBIs and 20 strikeouts in 50 at-bats, and grounded into two inning-ending double plays in Tuesday’s loss to Philadelphia. 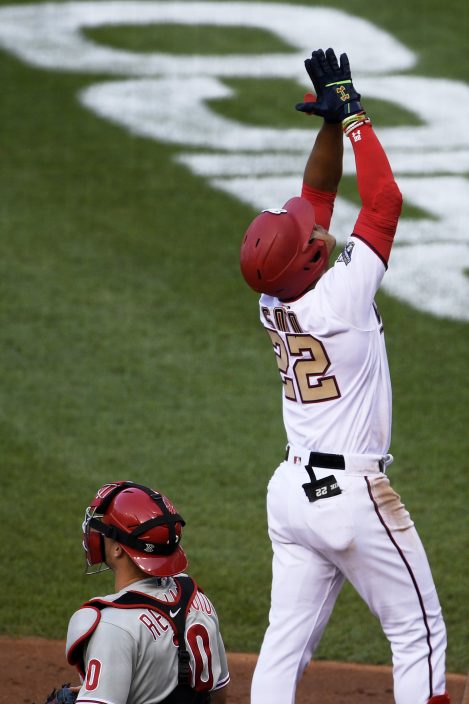 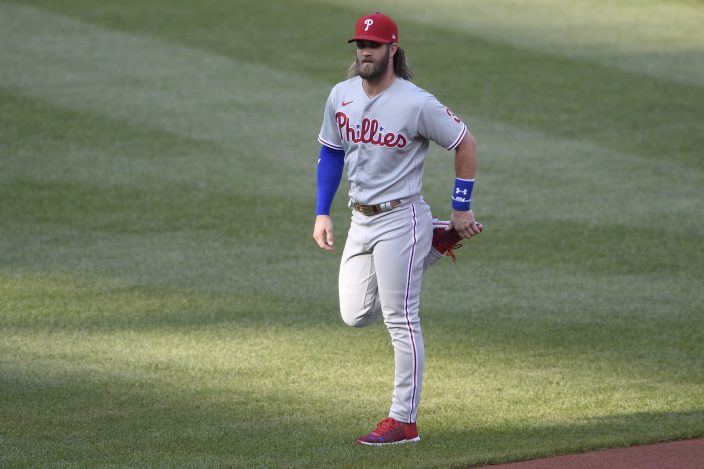 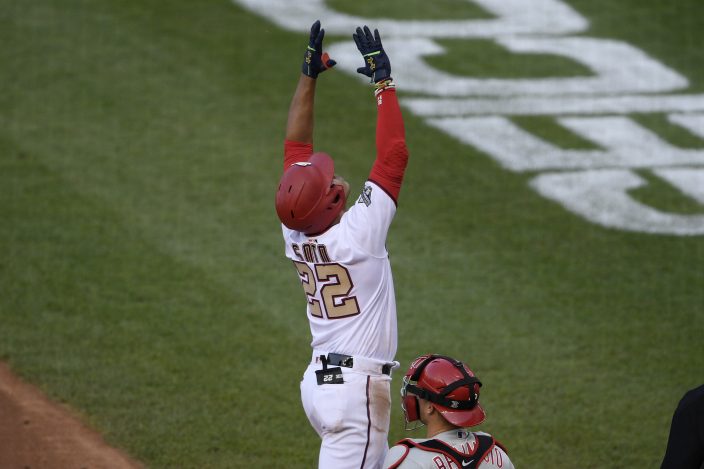