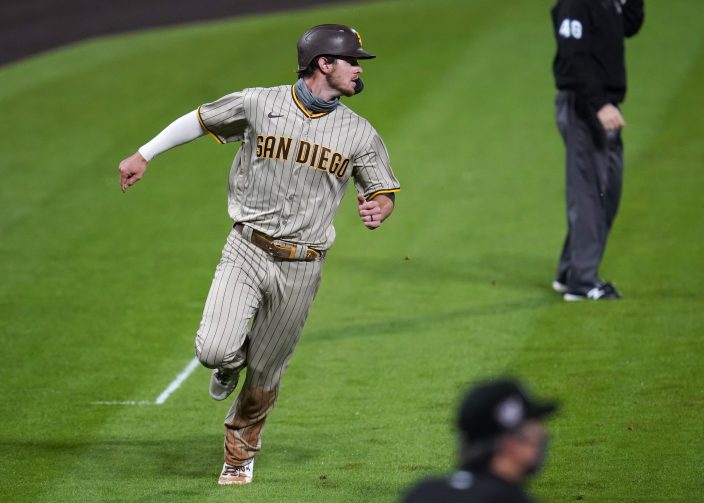 San Diego tied the game with three runs in the fifth and pulled away with a four-run burst in the sixth. After hitting a one-out double, Fernando Tatis Jr. showcased his speed in scoring the go-ahead run, advancing on a wild pitch that barely trickled away from catcher Tony Wolters and sprinting home just ahead of a strong throw from Sam Hilliard on Machado’s sacrifice fly to shallow center off Jeff Hoffman (2-1). France added a three-run double to put the Padres up 8-4.

The Rockies jumped on Davies in the first, with most of the damage coming on Kemp’s third homer. None of the runs were earned because first baseman Hosmer dropped a relay throw on Charlie Blackmon’s fielder’s choice that would have completed an inning-ending double play. Davies walked Daniel Murphy before Kemp drove a 2-0 pitch into the stand of evergreens behind the wall in center.

The game was played through intermittent rain in the early innings. 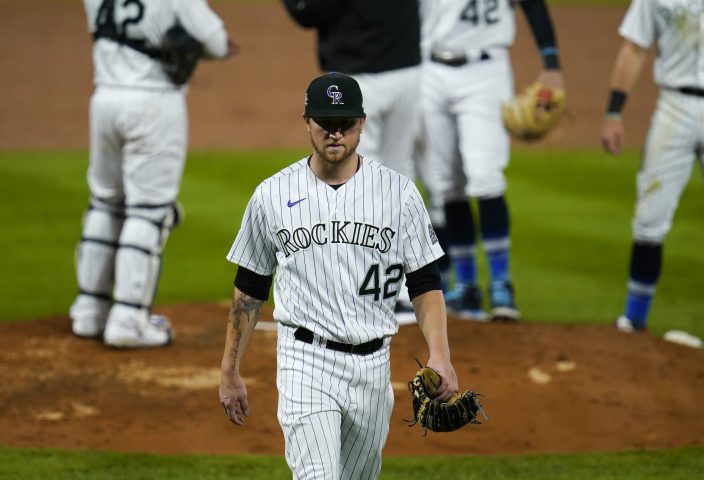 Colorado Rockies starting pitcher Kyle Freeland heads to the dugout after being pulled from the mound following an RBI-single by San Diego Padres' Ty France in the fifth inning of a baseball game Friday, Aug. 28, 2020, in Denver. (AP PhotoDavid Zalubowski)

Padres reliever Emilio Pagán took a hard shot off his leg on a stinging one-out comebacker by Raimel Tapia, which rolled toward third for a single in the ninth. Trainers came out to the mound to check on him but he managed to stay in the game. 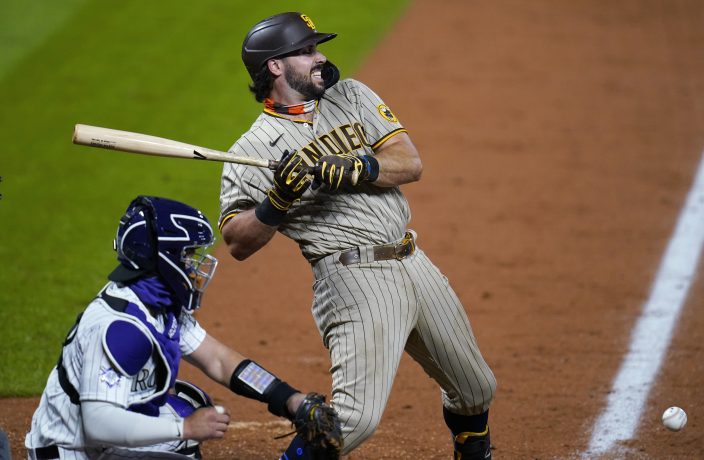 San Diego rookie outfielder Jorge Mateo registered his first career RBI when he singled in a run during the fourth inning. In the ninth, he made a spectacular diving catch to take a hit away from Arenado.

Padres: C Francisco Mejia is making steady progress in his rehabilitation of his bruised left thumb. He went on the 10-day injured list on Aug. 17. “ He’s getting a lot of at-bats and he’s continuing to improve” at the team’s alternate training site at the University of San Diego, said manager Jayce Tingler.

Rockies: RHP Chi Chi Gonzalez (right biceps tendinitis) had a strong bullpen session Wednesday and is slated to throw again in the next couple of days. Sidelined since Aug. 7, Gonzalez is nearing a return. “He’s really close to being ready to pitch for us,” manager Bud Black said.

Padres: LHP Adrian Morejon (0-0, 5.79 ERA), typically used out of the bullpen, is slated to make his third start of the season and fifth of his career Saturday night.

Rockies: RHP Antonio Senzatela (3-1, 3.96 ERA) looks to bounce back from his first loss of the season in which he gave up four home runs in a road start against the Dodgers.