The ruler of the United Arab Emirates issued Saturday a decree formally ending the country's boycott of Israel amid a U.S.-brokered deal to normalize relations between the two countries.

The state-run WAM news agency said the move was made on the orders of Sheikh Khalifa bin Zayed Al Nahyan, the ruler of Abu Dhabi and the Emirates' leader.

WAM said the new decree allows Israelis and Israeli firms to do business in the UAE, a federation of seven sheikhdoms on the Arabian Peninsula. It also allows for the purchase and trade of Israeli goods. 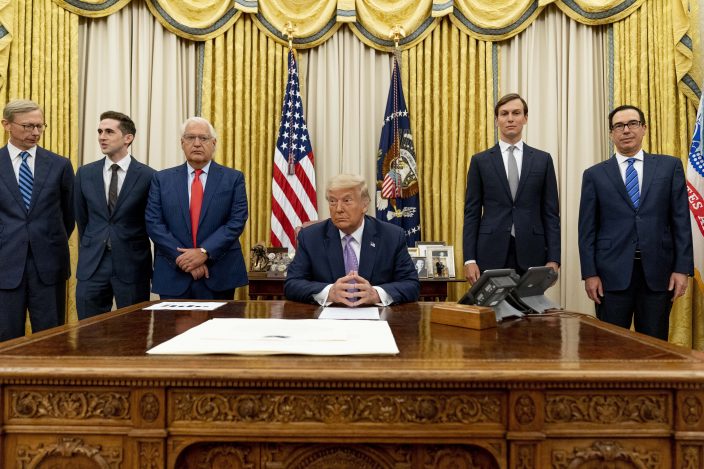 FILE - In this Aug. 12, 2020, file photo, President Donald Trump, center, accompanied by from left, U.S. special envoy for Iran Brian Hook, Avraham Berkowitz, Assistant to the President and Special Representative for International Negotiations, U.S. Ambassador to Israel David Friedman, President Donald Trump's White House senior adviser Jared Kushner, and Treasury Secretary Steven Mnuchin, sits in front of documents in the Oval Office at the White House in Washington. The agreement between the United Arab Emirates and Israel to establish full diplomatic ties comes as little surprise to those closely following the nuances of Middle East politics, and Trump administration’s almost single-minded push to broker a deal of this kind without a resolution first to the Israeli-Palestinian conflict. (AP PhotoAndrew Harnik, File)

“The decree of the new law comes within the UAE’s efforts to expand diplomatic and commercial cooperation with Israel,” WAM said. It lays out “a roadmap toward launching joint cooperation, leading to bilateral relations by stimulating economic growth and promoting technological innovation.” 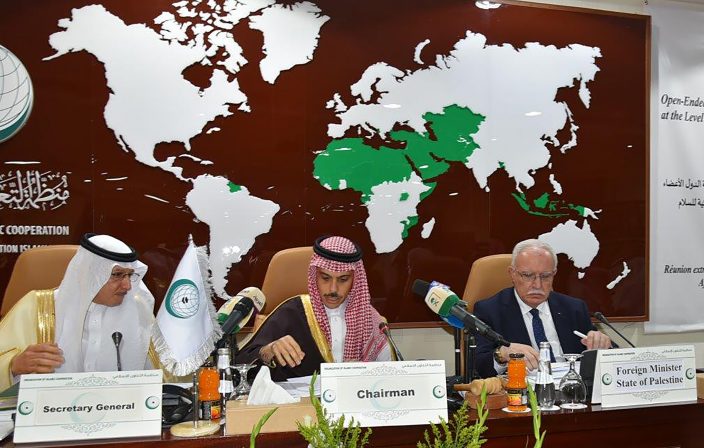 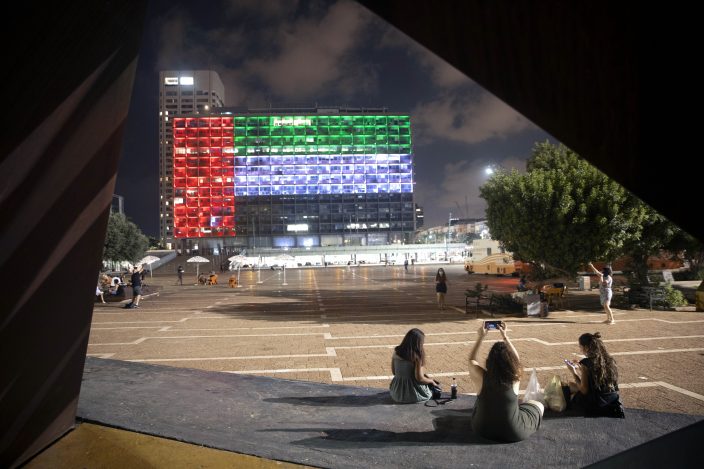 FILE - In this Thursday, Aug. 13, 2020, file photo, the Tel Aviv City Hall is lit up with the flag of the United Arab Emirates as Israel and the UAE announced they would be establishing full diplomatic ties, in Tel Aviv, Israel. Secret talks and quiet ties — that's what paved the way for last week's deal between the United Arab Emirates and Israel to normalize relations. Touted by President Donald Trump as a major Mideast breakthrough, the agreement was in fact the culmination of more than a decade of quiet links rooted in frenzied opposition to Iran that predated Trump and even Barack Obama, as well as Trump's avowed goal to undo his predecessor's Mideast legacy. (AP PhotoOded Balilty, File)

First plane with Israeli tourists lands in UAE after deal

Israeli delegations bask in UAE glow, even as details few

Saudi Arabia to allow 'all countries' to fly over its skies

Telephone service begins between UAE and Israel amid deal