After Hader walked five of six batters in the top of the ninth to blow a one-run lead, Sogard connected off Richard Rodriguez (0-2) with no outs in the bottom of the inning. Jace Peterson was on first following a leadoff walk.

Milwaukee was leading 5-4 when Hader took the mound in the ninth. He walked Erik Gonazalez, struck out Cole Tucker, and then issued free passes to Kevin Newman, Josh Bell, Jacob Stallings and Adam Frazier. His final nine pitches missed the strike zone, and he was replaced by Devin Williams (2-1), who promptly got out of the inning. 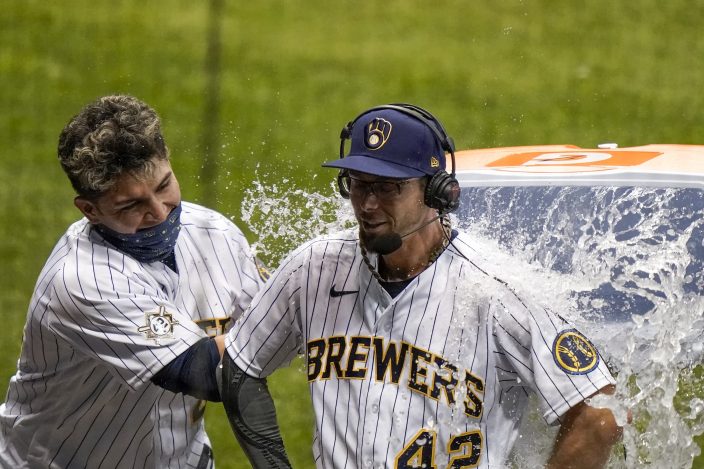 Entering Saturday, the left-handed Hader was 7-for-7 in save opportunities and had not allowed a run or a hit all season.

With Pittsburgh leading 4-3 in the eighth, Pirates left-hander Nik Turley gave up a leadoff double to Christian Yelich and hit Keston Hiura with a pitch before facing three consecutive pinch-hitters. Turley retired Jedd Gyorko, who had homered twice in the Brewers’ 9-1 drubbing of Pittsburgh on Friday, and Ryan Braun, who homered once on Friday.

Avisail Garcia's ground ball stayed just inside third base and went to the wall, scoring Yelich and Hiura. 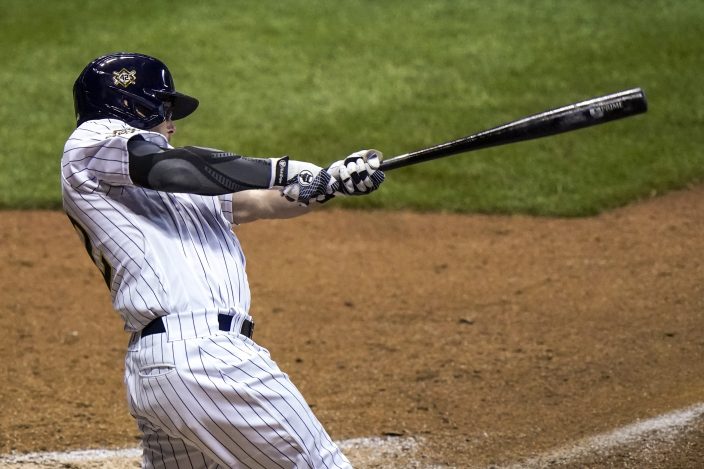 Milwaukee Brewers' Eric Sogard hits a walk off two-run home run during the ninth inning of a baseball game against the Pittsburgh Pirates Saturday, Aug. 29, 2020, in Milwaukee. The Brewers won 7-6. (AP PhotoMorry Gash)

Yelich hit a 460-foot home run and Orlando Arcia also connected for Milwaukee. Bell homered for Pittsburgh, his first since Aug. 5. All three were solo shots.

Pirates rookie JT Brubaker made his fourth career start and turned in his longest outing. He struck out six over five innings, giving up two runs and three hits. 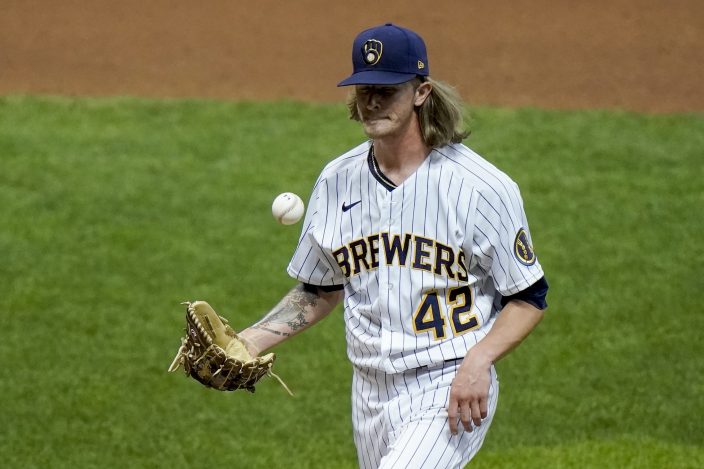 Milwaukee Brewers relief pitcher Josh Hader reacts after walking in a second run with bases loaded during the ninth inning of a baseball game against the Pittsburgh Pirates Saturday, Aug. 29, 2020, in Milwaukee. (AP PhotoMorry Gash)

SWING AND A MISS

Luis Urias tried to dump an ice cooler over Sogard's head while his teammate conducted a postgame interview, but slipped on the batter's circle and slammed to the ground. He got up laughing and jogged away. 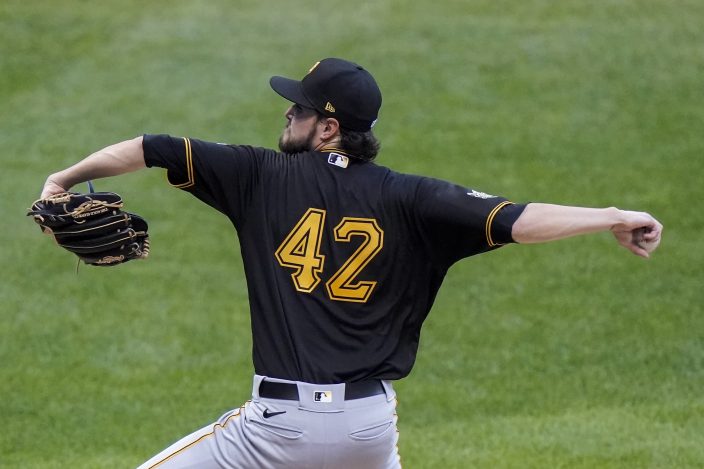 Pirates: Added RHP Carson Fulmer, claimed Monday off waivers from the Tigers, to the active roster and reinstated RHP Kyle Crick (right shoulder/lat muscle strain) from the IL. RHP Nick Mears and INF Will Craig were optioned to the alternate training site.

Brewers: Braun was scratched from the lineup with low-back tightness. Jace Peterson took his place. Braun pinch hit in the eighth. 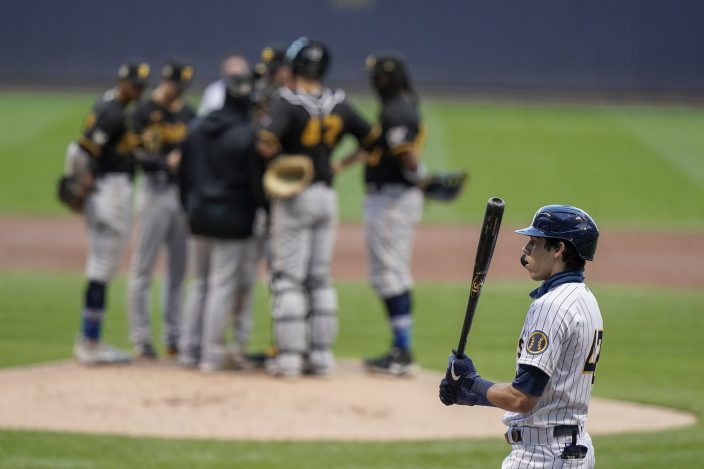 Milwaukee Brewers' Christian Yelich waits to hit while Pittsburgh Pirates players have a meeting on the mound during the second inning of a baseball game Saturday, Aug. 29, 2020, in Milwaukee. (AP PhotoMorry Gash) 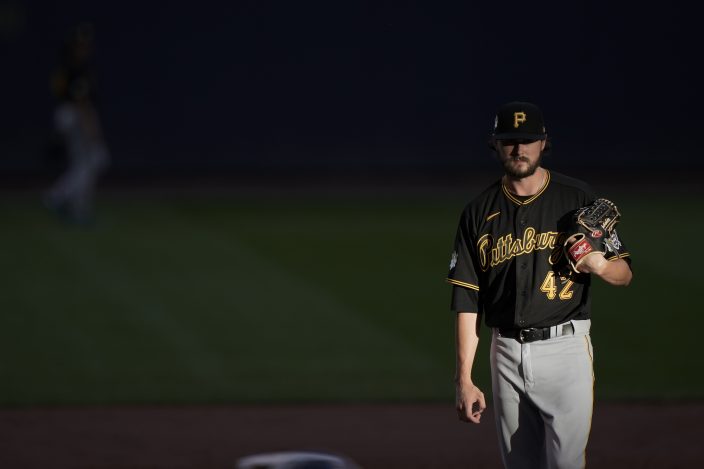 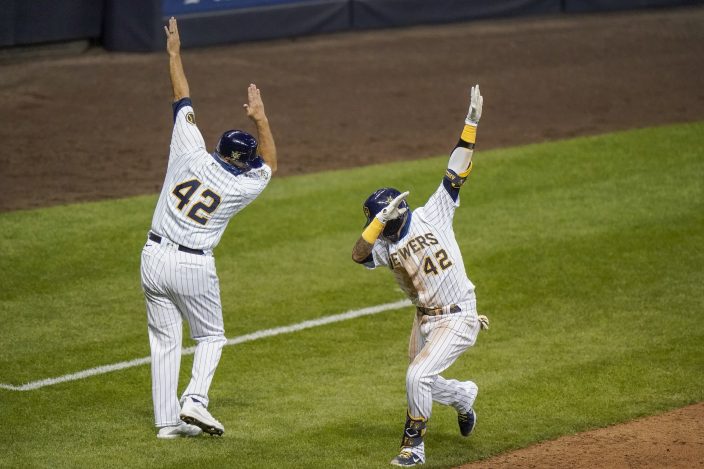 Milwaukee Brewers' Orlando Arcia celebrates with third base coach Ed Sedar after hitting a home run during the seventh inning of a baseball game against the Pittsburgh Pirates Saturday, Aug. 29, 2020, in Milwaukee. (AP PhotoMorry Gash)