Hosmer's homer was one of five for the Padres, who rank second in the majors with 66 this season. Jake Cronenworth added a two-run drive in the seventh before Jurickson Profar and Trent Grisham lined solo shots in the eighth. Josh Naylor finished it off with a towering two-run homer in the ninth.

Paddack (3-3) pounded the strike zone in picking up his first win since Aug. 3. The right-hander threw 60 of 85 pitches for strikes, allowing five hits and two unearned runs while striking out eight. 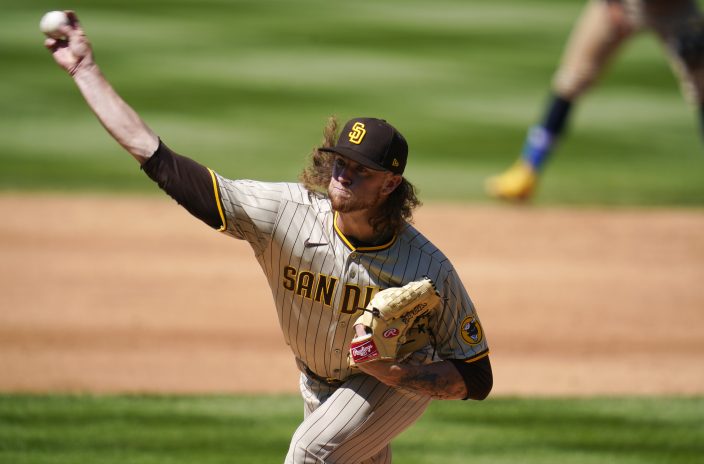 Designated hitter Manny Machado extended his hitting streak to 12 games with two singles. Fernando Tatis Jr. had another big day with three hits, including two doubles. He also was hit by a pitch.

The Padres powered their way to the win with their 19th multi-homer game.

Waiting in the wings, even more power. 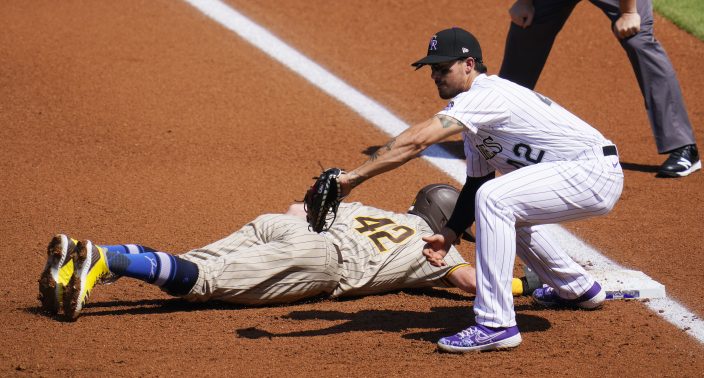 San Diego acquired slugger Mitch Moreland in a trade with Boston on Sunday morning. He was leading the Red Sox in homers with eight.

All the Rockies not named Nolan Arenado struggled to solve Paddack and a procession of relievers. The Padres struck out Trevor Story four times and held Charlie Blackmon hitless in three at-bats. Blackmon is 0 for 12 in the series, dropping his batting average to .354. 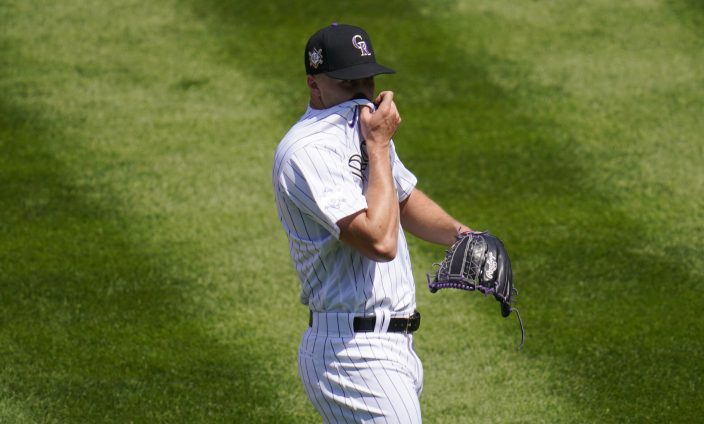 Rockies starter Ryan Castellani (1-2) was roughed up in two innings. He gave up five runs.

Paddack walked Raimel Tapia to start the game but retired seven straight before allowing his first hit — a single by Drew Butera in the third.

A two-out error opened the door for the Rockies to score two in the sixth. Hosmer fielded a grounder at first and tried to go to second, but Tatis couldn't handle the throw as the shortstop ran toward the bag. The error was charged to Hosmer. 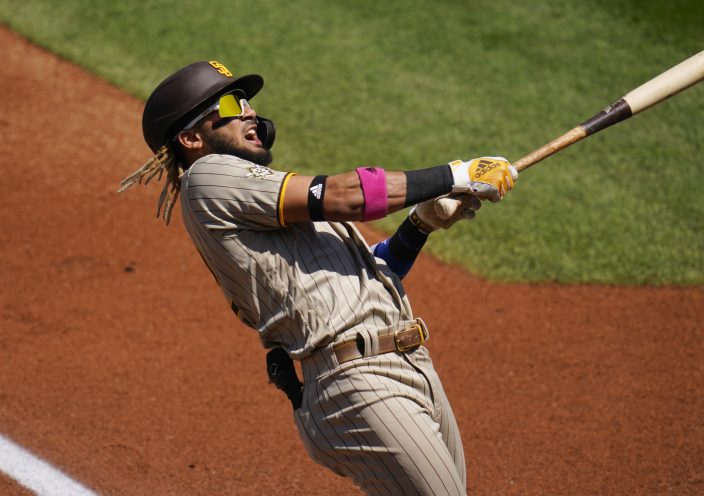 Padres: Manager Jayce Tingler had no update on lefty Adrian Morejon, who was scratched as a starter over the weekend and placed on the 10-day injured list. The team did not specify the reason.

Growing up, they spent hours and hours together playing everything from backyard baseball to Whiffle ball.

Fuentes, who’s also a third baseman, doesn’t get much time at the hot corner with Arenado around — even in practice.

“He would never go to first,” Fuentes cracked. “I don’t think he ever wants to go there.”

The Rockies will throw right-hander Germán Márquez (2-4, 4.50) on Monday to close out the four-game series. The Padres hadn't announced a starter.