Jimmy Butler scored a playoff career-high 40 points, Goran Dragic added 27 and the Miami Heat clamped down defensively in the final three quarters to beat the Milwaukee Bucks 115-104 in Game 1 of their Eastern Conference semifinal series on Monday night.

Bam Adebayo had 12 points, 17 rebounds and six assists for the fifth-seeded Heat, who are 3-1 overall against the top-seeded Bucks this season. Tyler Herro added 11 points for Miami, which improved to 5-0 in the postseason.

Khris Middleton scored 28 points for Milwaukee, which also dropped Game 1 of its first-round series against Orlando. Brook Lopez had 24 points on 8 for 10 shooting, and Giannis Antetokounmpo had 18 points, 10 rebounds and nine assists for the Bucks. 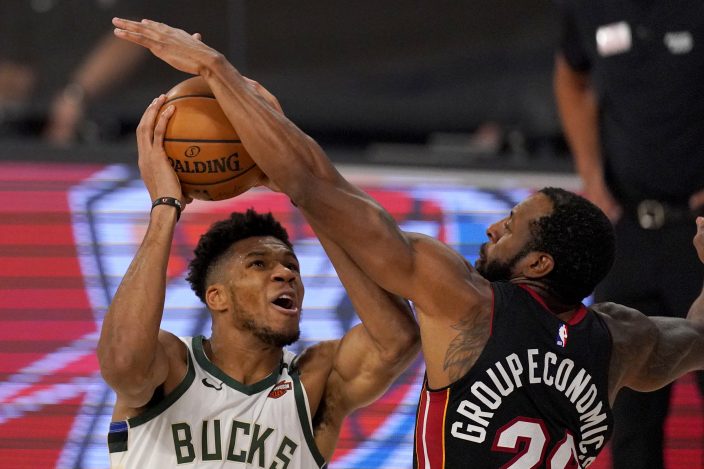 But Antetokounmpo’s night will likely be best remembered by what he did at the foul line: The reigning MVP went 4 for 12 from the stripe, the worst performance by anyone with at least 12 free-throw attempts in a playoff game since Andre Roberson went 2 for 12 for Oklahoma City on April 23, 2017 against Houston.

Kyle Korver added 11 for the Bucks, who scored 40 points in the first quarter and managed 64 the rest of the way.

Miami led 92-86 after three quarters, after trailing for most of the game to that point -- then managed only three points in the first 6:30 of the fourth quarter. 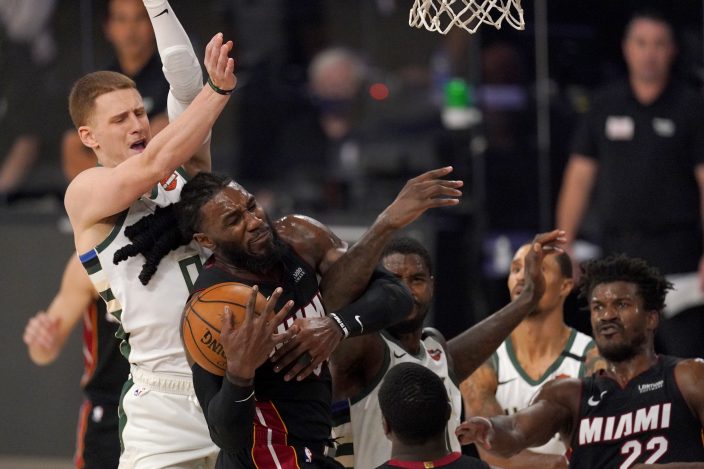 Marvin Williams’ three-point play with 7:40 left got Milwaukee within 95-93, and it stayed a one-possession game for nearly five minutes. Antetokounmpo scored for a 96-95 lead midway through the fourth, before Butler drove and got a baseline floater to fall on the next Miami possession to put Miami back on top. 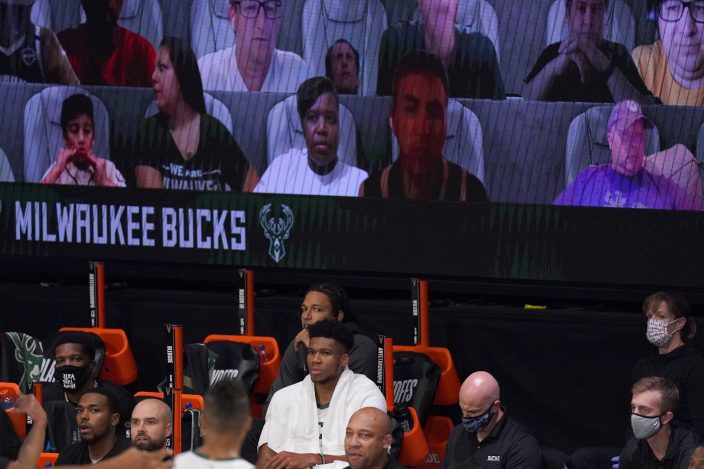 Middleton had 21 at halftime, while Lopez added 19 by then for the Bucks and Dragic had 19 at the break for the Heat. Milwaukee led 40-29 after the opening quarter and 63-60 at the break.

Heat: Miami is now 24-20 in Game 1s. ... Duncan Robinson, a big part of Miami’s success this season, had only one shot in the first half -- a banked-in 3-pointer. ... Butler's previous high in a Heat uniform was 38 points. His previous playoff career-best was 36, for Philadelphia last year. 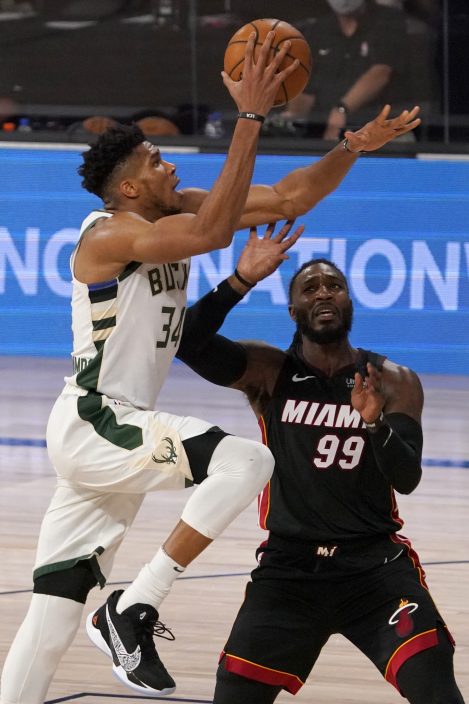 Bucks: Milwaukee is now 20-32 in Game 1s. ... Antetokounmpo’s son Liam was among the first fans in bubble history; Monday was the first day that some NBA players could have family members join them at the restart. ... Lopez had two fouls at the half, then two more in the first 40 seconds of the third quarter.

Heat President Pat Riley was at the game, though he’s not allowed to be near the team or their hotel because of the health and safety rules of the restart. Heat coach Erik Spoelstra said he was glad Riley and general manager Andy Elisburg — who was at some first-round games as well — could see the “historic” bubble. “It’s still enough to be able to feel the emotions of the playoffs and where we are,” Spoelstra said. 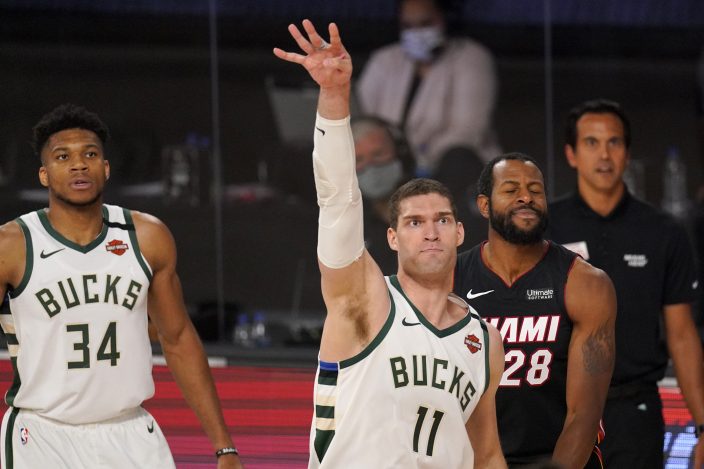 Khris Middleton lifts Bucks past Heat in OT in Game 1