Arsenal strengthened its defense further ahead of the new Premier League season by signing center back Gabriel from French club Lille on Tuesday.

The 22-year-old Brazilian joined on a “long-term contract," Arsenal said, for a reported fee of 30 million euros ($35 million).

“He is a player we have been studying for a while and he was in demand from many clubs, so we are proud to have agreed and completed this transfer,” Arsenal technical director Edu said. 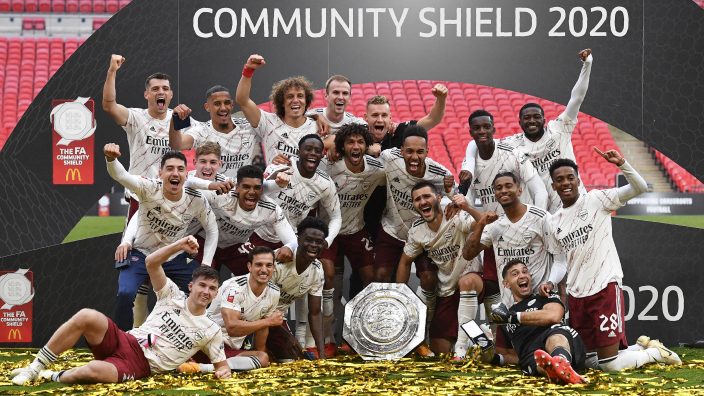 Arsenal players celebrate with the trophyt at the end of the English FA Community Shield soccer match between Arsenal and Liverpool at Wembley stadium in London, Saturday, Aug. 29, 2020. Arsenal defeated Liverpool 5-4 in a penalty shootout after the game ended tied 1-1. (Justin TallisPool via AP)

Composed on the ball and cool under pressure, the Sao Paulo-born Gabriel is regarded as one of the most highly rated young defenders in Europe. He helped Lille to a fourth-place finish in the French league last season and started all six of its Champions League group-stage matches.

Arsenal has already signed right back Cedric Soares and center back Pablo Mari on permanent deals after loan spells last season. Another center back, William Saliba, linked up with Arsenal in the offseason having signed from Saint-Etienne in January before returning to the French club on loan.

“He has many qualities which will make us stronger as a defensive unit and as a team,” Arsenal manager Mikel Arteta said. "He has proved with Lille that he is a defender with many outstanding attributes and we are looking forward to watching him grow as an Arsenal player.”