A special airing of “Black Panther" in the wake of the death of star Chadwick Boseman was a bright spot for the broadcast networks in a ratings week otherwise utterly dominated by Fox News Channel's coverage of the Republican National Convention.

An accompanying tribute to Boseman brought nearly 5 million viewers and was fifth among broadcast shows for the week, the Nielsen company said Tuesday. 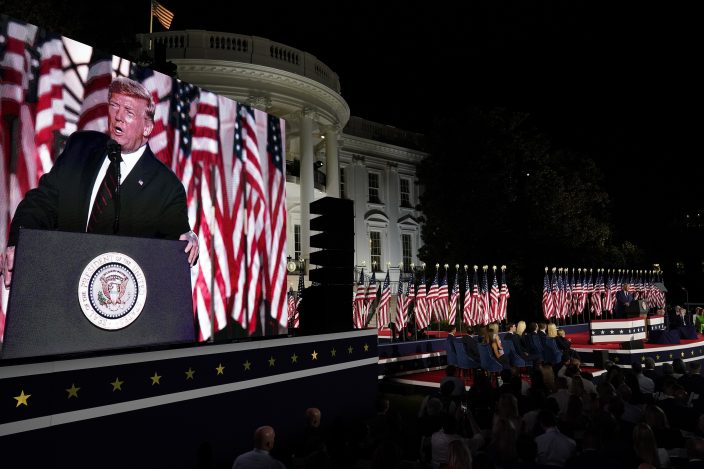 President Donald Trump speaks from the South Lawn of the White House on the fourth day of the Republican National Convention, Thursday, Aug. 27, 2020, in Washington. (AP PhotoAlex Brandon)

But the week overall belonged to Fox News, which had nine of the top 10 and 14 of the top 20 prime time shows.

At No. 1 was Thursday night's airing of the convention and the nomination acceptance speech of President Donald Trump, which drew 9 million viewers. Fox News' Tuesday night convention coverage was second with nearly 8 million.

And the channel's convention-connected airings of “Hannity” filled out the rest of the top five. 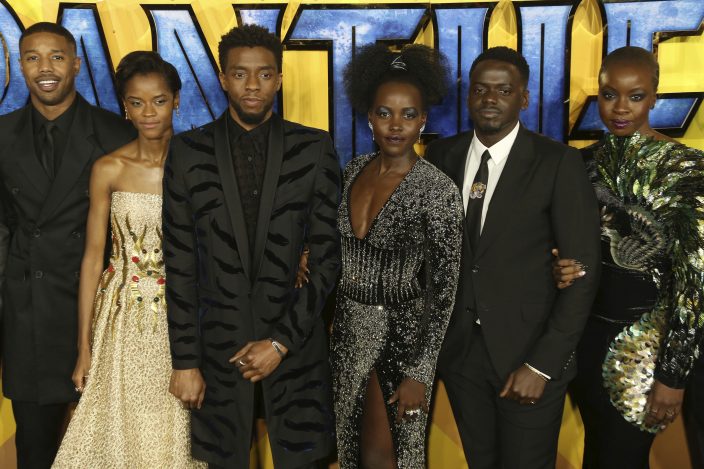 FILE - In this Feb. 8, 2018 file photo, actors Michael B. Jordan, Leitia Wright, Chadwick Boseman, Lupita Nyong'o, Daniel Kaluuya and Danai Gurira pose for photographers upon arrival at the premiere of the film "Black Panther" in London. Boseman, who played Black icons Jackie Robinson and James Brown before finding fame as the regal Black Panther in the Marvel cinematic universe, has died of cancer. His representative says Boseman died Friday, Aug. 28, 2020 in Los Angeles after a four-year battle with colon cancer. He was 43. (Photo by Joel C RyanInvisionAP, File)

The RNC also gave major bumps to the nightly shows of Tucker Carlson and Laura Ingraham.

Fox News Channel was easily the most watched network, cable or broadcast, of the week with an average of 5.1 million viewers in prime time.

NBC was the most popular broadcast network, averaging 2.77 million viewers in prime time. ABC had 2.75 million, CBS had 2.4 million, ION Television had 1.3 million, Univision had 1.2 million Fox had 1.1 million and Telemundo had 1 million. 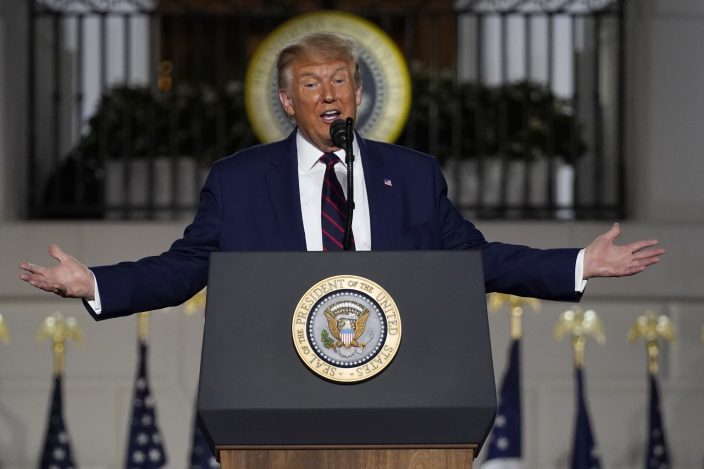 President Donald Trump speaks from the South Lawn of the White House on the fourth day of the Republican National Convention, Thursday, Aug. 27, 2020, in Washington. (AP PhotoEvan Vucci)

Among other cable networks, MSNBC was second with 1.5 million average viewers, CNN had 1.47 million, HGTV had 1.4 million and TLC had 1.2 million.

For the week of Aug. 24-30, the top 20 programs, their networks and viewerships: