Chris Taylor drove in a season-high four runs and Julio Urías pitched six innings of four-hit ball in the Los Angeles Dodgers' 6-3 victory over the Arizona Diamondbacks on Tuesday night.

After largely standing pat at the trade deadline while most of their fellow elite teams added talent, the major league-leading Dodgers (27-10) calmly kept rolling toward their eighth straight NL West title and another playoff appearance with their 16th win in 19 games.

Taylor, AJ Pollock and Max Muncy had two hits apiece as Los Angeles opened a six-game homestand with its third straight victory. And though they didn't homer in their September opener after setting an NL record with 57 long balls in August, the Dodgers still took the first step toward maintaining their season-long streak of never losing a series. 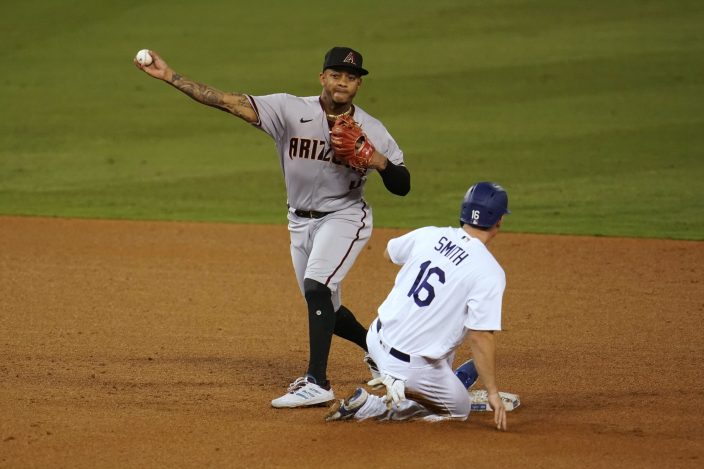 Carson Kelly homered again at Dodger Stadium, and Nick Ahmed added a two-out, two-run homer in the ninth for the last-place Diamondbacks, who have lost 11 of 12.

Kelly's homer was the only big hit off Urías (3-0), who got five strikeouts and allowed no walks to earn his first victory since Aug. 13.

After Scott Alexander faltered in the ninth, Kenley Jansen struck out Daulton Varsho for his 10th save in 11 chances. He also left Kelly in the on-deck circle at the stadium where he has hit four homers in the last two seasons. 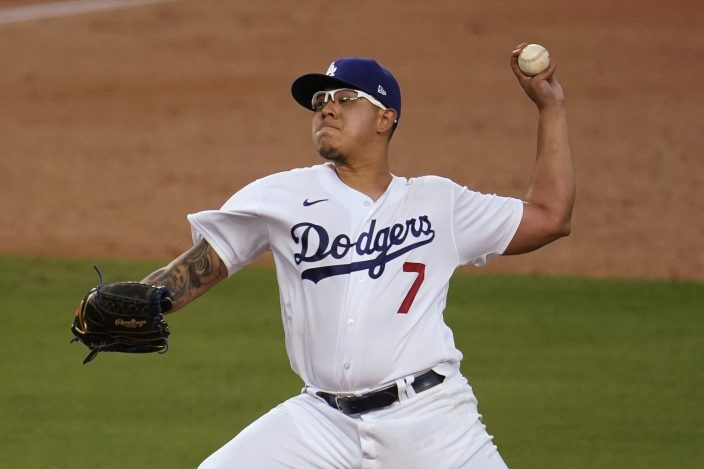 Taylor broke out of a quiet stretch with an RBI double in the third inning and a two-run double in the sixth for the veteran’s first multi-RBI game since Aug. 1, when he hit a three-run homer in Phoenix.

Alex Young (1-2) yielded six hits and two earned runs over five innings in his fourth start of the season for Arizona.

While the Dodgers stayed the same, the Diamondbacks opened a seven-game trip following a flurry of trades triggered by the 1-10 slump that endangered their playoff hopes. Arizona moved starter Robbie Ray, closer Archie Bradley, outfielder Starling Marte and left-hander Andrew Chafin for a total of seven players, mostly prospects. 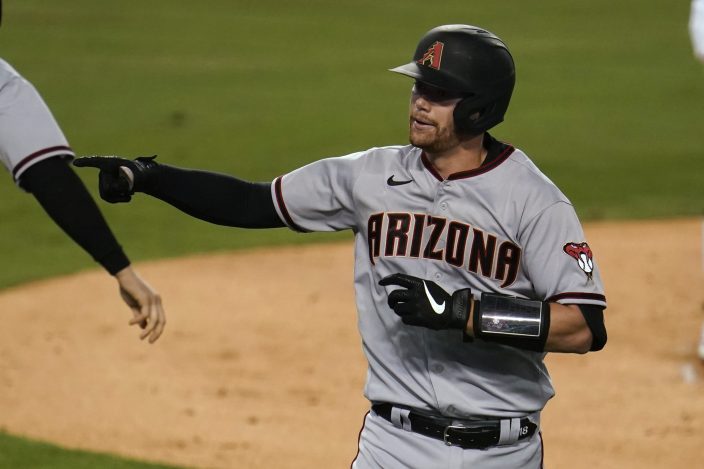 The Dodgers got to Young quickly with four consecutive batters reaching base in the first inning, but Taylor's bases-loaded walk brought home the only run.

Kelly evened it in the third with his second homer of the season and latest in Chavez Ravine, where he had a 1.362 OPS entering this series.

Los Angeles loaded the bases again in the fifth and added two more runs on sacrifice flies by Kiké Hernández and Edwin Ríos. 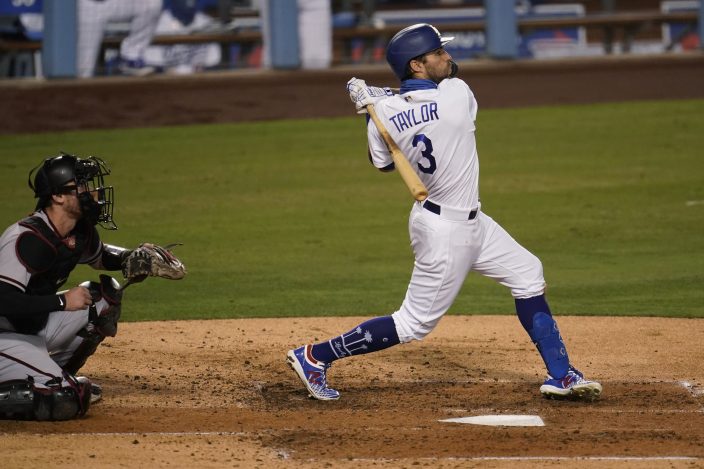 Taylor then doubled over the head of right fielder Kole Calhoun in the sixth. Calhoun is normally a strong defensive outfielder with ample experience at Dodger Stadium from eight years in the Freeway Series with the Angels, but he misread Taylor's line drive.

Alex Wood got two strikeouts while pitching a hitless eighth inning in just his second appearance of the season for the Dodgers. The left-hander was activated from the injured list earlier Tuesday after missing 30 games with shoulder inflammation.

Kelly's success in Chavez Ravine is uncanny: In three different games at Dodger Stadium last year, Kelly had a 13th-inning RBI double, a ninth-inning homer off Jansen, and his first career multi-homer game, which included an 11th-inning shot off Urías.

Kelly's four homers in seven career games at Los Angeles are the same number he has hit in 65 games at Chase Field.

Diamondbacks: RHP Taylor Widener went on the injured list with a rib cage strain. He last pitched on Friday.

Dodgers: 3B Justin Turner went on the injured list with a strained left hamstring, while Ríos and Wood both came off the IL. Turner will be out until at least Sept. 8.

Walker Buehler (1-0, 4.32 ERA) returns for the Dodgers after missing one turn with a blister, while Arizona's Zac Gallen (1-0, 2.09 ERA) will try to add to his major league record of 22 starts to begin a career with three earned runs allowed or fewer.