Mookie Betts hit a tying homer in the ninth inning, Will Smith lined an RBI single in the 10th and the Los Angeles Dodgers rallied past the reeling Arizona Diamondbacks 3-2 Wednesday night.

The Dodgers won their ninth in a row at home despite getting only four hits. Reigning NL MVP Cody Bellinger missed his second straight game due to a lat injury.

After Arizona scored a run in the top of the 10th, Max Muncy began the bottom half as the automatic runner at second base and didn't need much time to score. He advanced to third on Chris Taylor's sacrifice bunt and continued home when Junior Guerra (1-1) threw wide of the bag, which also allowed Taylor to move to second. 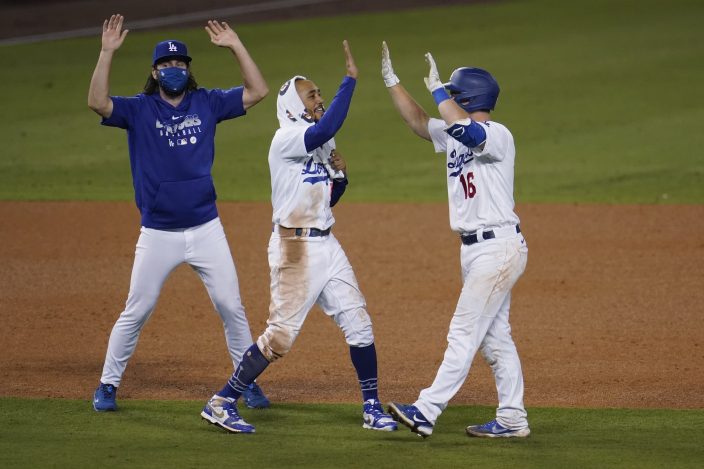 Los Angeles Dodgers' Will Smith, right, gets a virtual high-five from Mookie Betts, center, after Smith drove in the winning run with a single during the 10th inning of the team's baseball game against the Arizona Diamondbacks on Wednesday, Sept. 2, 2020, in Los Angeles. (AP PhotoMarcio Jose Sanchez)

One out later, Smith lined a single to left for the third walk-off hit of his career.

The Dodgers had been held to one hit by three Diamondbacks pitchers for 8 1/3 innings until Betts homered to center off Kevin Ginkel. Corey Seager followed with a double off the left field wall but was stranded.

Arizona took a 2-1 lead in the 10th when Daulton Varsho came home on a bases-loaded walk by Kenley Jansen (2-0) to Christian Walker. It was the first time the Diamondbacks had gone to extra innings this season. 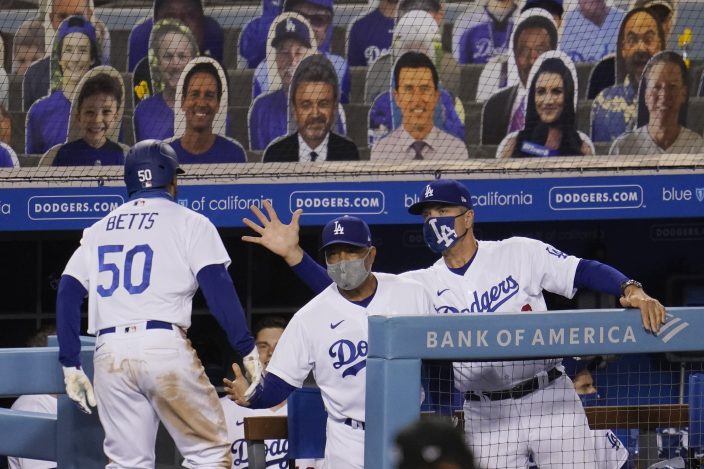 Los Angeles Dodgers' Mookie Betts (50) returns to the dugout after his solo home run, to congratulations from manager Dave Roberts, center, and bench coach Bob Geren during the ninth inning of the team's baseball game against the Arizona Diamondbacks on Wednesday, Sept. 2, 2020, in Los Angeles. (AP PhotoMarcio Jose Sanchez)

Walker homered and Zac Gallen allowed only one hit in seven-plus innings for the Diamondbacks, who have dropped four straight and 13 of their last 14.

The only hit Gallen allowed was on his first pitch when Betts lined a single to center. After the right-hander walked Smith with two outs in the second, he retired 16 consecutive Dodgers until Joc Pederson drew a walk to lead off the eighth.

Gallen, who struck out seven and walked two, has allowed three or fewer earned runs in all 23 of his big league starts. It also marks the eighth time in 10 games that Arizona's starters have given up two runs or fewer. 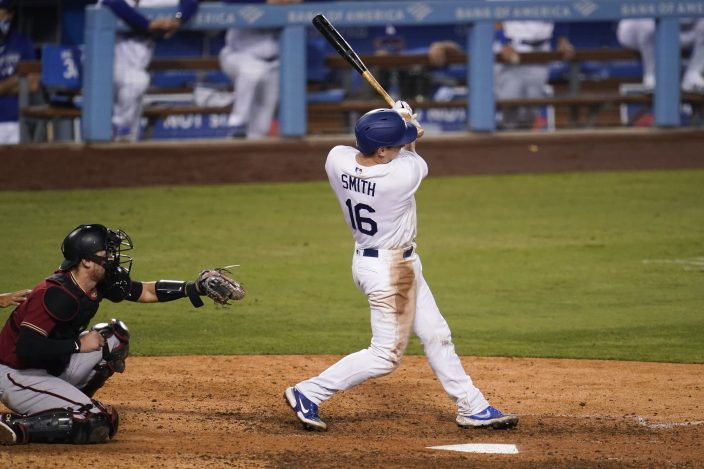 Los Angeles Dodgers' Will Smith watches his single that drove in the winning run during the 10th inning of the team's baseball game against the Arizona Diamondbacks on Wednesday, Sept. 2, 2020, in Los Angeles. (AP PhotoMarcio Jose Sanchez)

Walker homered to left center with one out in the sixth inning on a cutter down the heart of the plate from Caleb Ferguson. The first baseman is batting .387 (12 for 31) with five home runs and nine RBis in his last 10 games at Dodger Stadium.

Walker Buehler pitched five scoreless innings in his first start since Aug. 21. The right-hander — who was on the injured list due to a blister — allowed only two hits and struck out six. 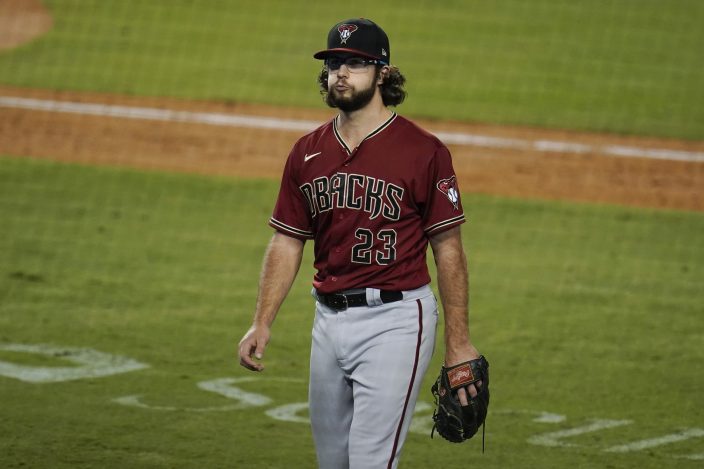 Arizona left fielder David Peralta made a nice sliding catch to rob Edwin Rios of a hit in the eighth inning.

Diamondbacks: P Madison Bumgarner (back) is expected to come off the injured list on Saturday and start against his former team of 11 years, the San Francisco Giants. The left-hander signed a five-year, $85 million contract with Arizona during the offseason. 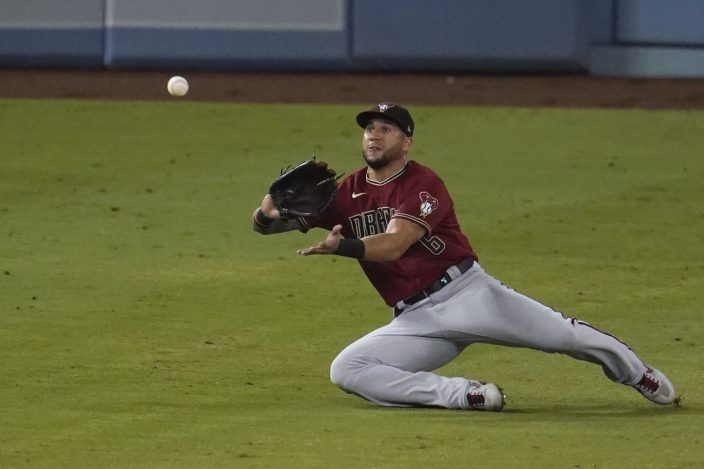 Dodgers: Manager Dave Roberts said Bellinger took some swings in the batting cage before the game and could be back for Thursday's series finale. 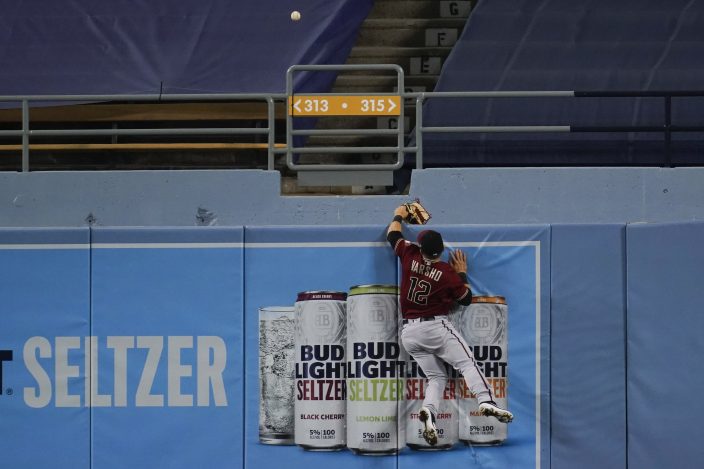 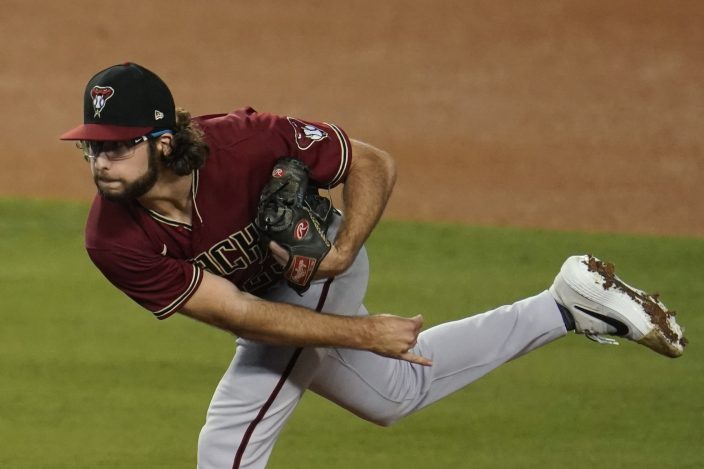 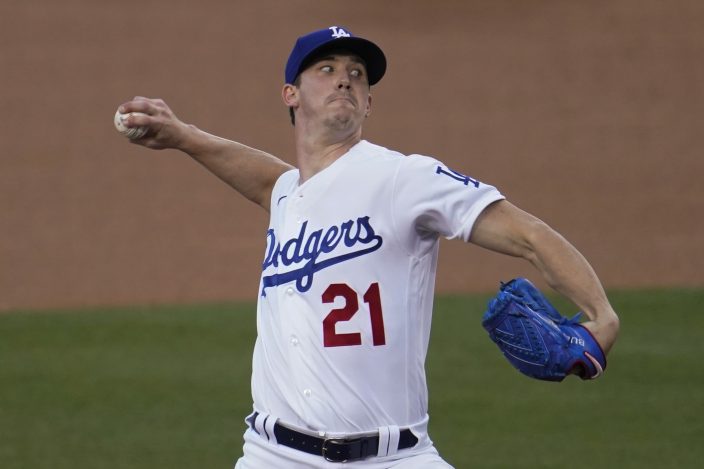