Aledmys Díaz hit a three-run homer and Michael Brantley added three RBIs, leading Zack Greinke and the Houston Astros to an 8-4 win over the Texas Rangers on Thursday.

The 36-year-old Greinke leads the majors with the most career starts among active pitchers with 455, passing teammate Justin Verlander’s 454. 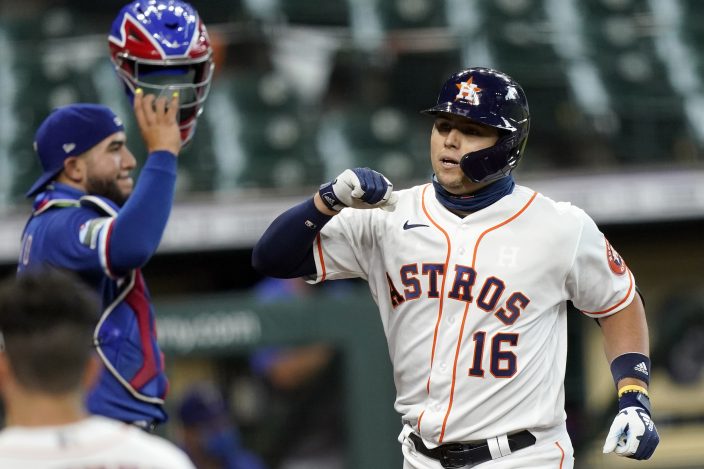 Texas starter Lance Lynn (4-2) hadn’t given up more than three earned runs in a game this season but was tagged for four runs in the first inning on an RBI single by Brantley and the homer by Díaz.

It was 5-3 in the sixth when Martín Maldonado connected off Lynn for an opposite field solo shot to the first row of the seats in right. Lynn's performance came after the Astros hit eight homers off him in four starts last season.

Lynn tied a season high by allowing eight hits and a season-high six runs with seven strikeouts in six innings for his second straight loss. Shin-Soo Choo hit a solo homer and Nick Solak tied a career high with three hits for the Rangers, who dropped their sixth straight series. It’s their longest stretch of series losses since losing seven in a row in 2014.

Brantley had three hits, capped by a two-out, two-run double in the eighth that pushed the lead to 8-4.

George Springer and Jose Altuve hit consecutive singles with no outs in the first before a Brantley’s single scored Springer to put Houston up 1-0. 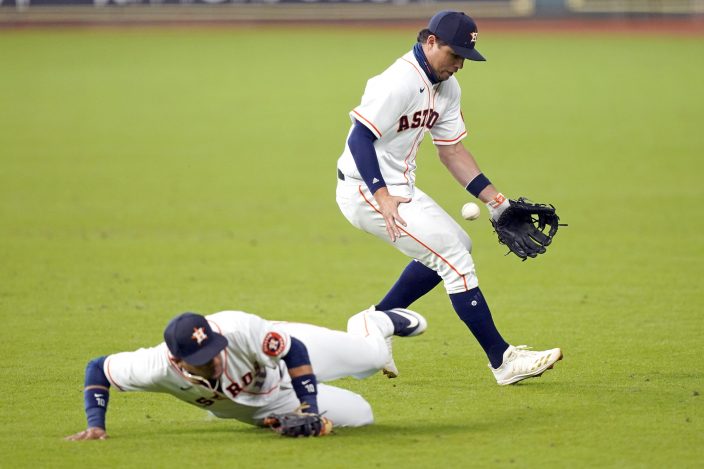 There were two outs in the inning when Díaz hit his first home run of the season off the wall above the seats in left field to extend the lead to 4-0. Díaz was playing in just his fourth game this season after he sustained a groin injury in the season opener.

Solak doubled to start the second and the Rangers cut the lead to 4-1 when he scored on a double by Jose Trevino with one out in the inning.

The Rangers added a run in the fourth on an RBI bloop single by Elvis Andrus that dropped between three Astros in shallow right field to get them within 4-2.

Houston tacked on a run in the fifth on an RBI single by Kyle Tucker to make it 5-2.

Solak hit his second double to start the sixth and scored on a groundout by Trevino with one out to make it 5-3.

Choo’s fourth home run of the season came off Cy Sneed with one out in the eighth.

Astros: Altuve was replaced at the top of the third inning after sliding hard into third base in the first inning. The team said that he left the game with discomfort in his right knee.

Rangers: Right-hander Kyle Cody will make his first major league start on Friday when Texas begins a four-game series at Seattle, but manager Chris Woodward doesn’t expect him to pitch more than three innings. He has thrown 4 1/3 scoreless innings in three relief appearances since being called up two weeks ago.

Astros: Lance McCullers Jr. (3-2, 5.06) will start for Houston on Friday when itopens a four-game series against the Angels. They will play a double-header on Saturday to make up for a game on Aug. 26 that was postponed because of Hurricane Laura.