The Milwaukee Brewers claimed first baseman/designated hitter Daniel Vogelbach off waivers and designated Justin Smoak for assignment as they attempt to boost their struggling lineup and make another September surge.

Smoak, 33, had been hitting .186 with five homers, 15 RBIs and 40 strikeouts in 113 at-bats. Smoak went 1 of 21 over his last eight games, though he did walk twice and score two runs Wednesday in an 8-5 victory over the Detroit Tigers.

“Determining whether and the likelihood of a player snapping out of a slump is always a really tough judgment call,” Brewers general manager David Stearns said. “In this case, with the volume of playing time that Justin had to try to get this going and where we are in the season, we felt like it was the right time.” 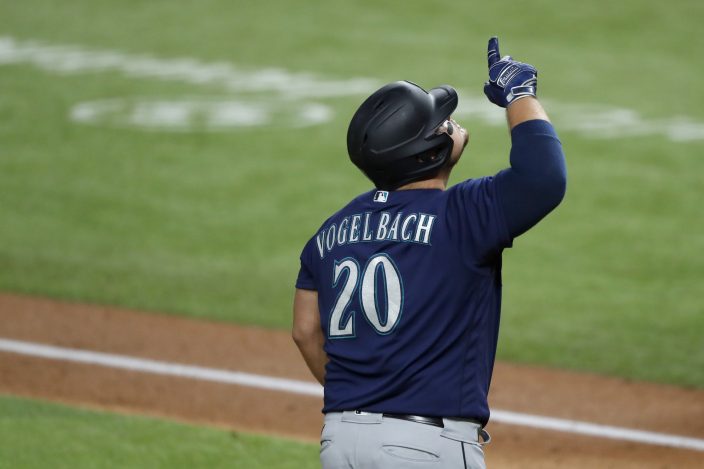 The Brewers are taking a leap of faith in regard to Vogelbach, who made the All-Star Game last year but has struggled ever since.

Vogelbach, 27, has batted .088 (5 of 57) in a combined 20 games this season with Seattle and Toronto, who both designated him for assignment. He has walked 12 times.

“The underlying skills are still there,” Stearns said. “He still has a really solid understanding of the strike zone. He understands what strikes and balls are, and he controls the zone very well, and he still has the same impressive raw power that allowed him to hit 30 home runs last year and have a really good first half. Those are still there.”

Vogelbach has played first base in the past but has exclusively been a DH so far this season. Stearns said Vogelbach could play some first base for Milwaukee but added that “I wouldn’t expect him to see the bulk of the time there.”

Milwaukee is seeking a third straight postseason berth, something it has never accomplished in franchise history. The Brewers got to the playoffs each of the last two years thanks to strong finishes, and they’ll need another big September to get back to the postseason.

The Brewers (17-19) are third in the NL Central, 4½ games behind the Chicago Cubs and one game behind St. Louis. Milwaukee is averaging just four runs per game to rank 27th out of 30 major league teams, ahead of only Cincinnati, Kansas City and Texas.

“We have to recognize that we haven’t scored enough runs this year to this point to win the number of games that we’d like to win,” Stearns said. “This is a reflection of trying to find a fit that could potentially help our offense.”

Milwaukee’s decision to designate Smoak for assignment comes after the Brewers already released first baseman/outfielder Logan Morrison and utilityman Brock Holt, who has since signed with Washington. The Brewers had added all three players before this season.

In other moves, the Brewers reinstated pitcher Brandon Woodruff from the paternity list and optioned reliever Phil Bickford to their alternate training site.

The president of the ethnically di ...