While racking up eight strikeouts over six scoreless innings, Kershaw (5-1) became the 39th pitcher in major league history with 2,500 strikeouts when he fanned Nick Ahmed in the second. The left-hander then caught and passed Christy Mathewson (2,502) for 38th place on baseball’s career list by getting Carson Kelly and Tim Locastro in the third.

AJ Pollock had a pinch-hit homer and Mookie Betts added an RBI single in the seventh for the major league-leading Dodgers (29-10), who have won 18 of 21. Corey Seager had three hits for Los Angeles, which has also won 10 straight at Dodger Stadium after sweeping Arizona. 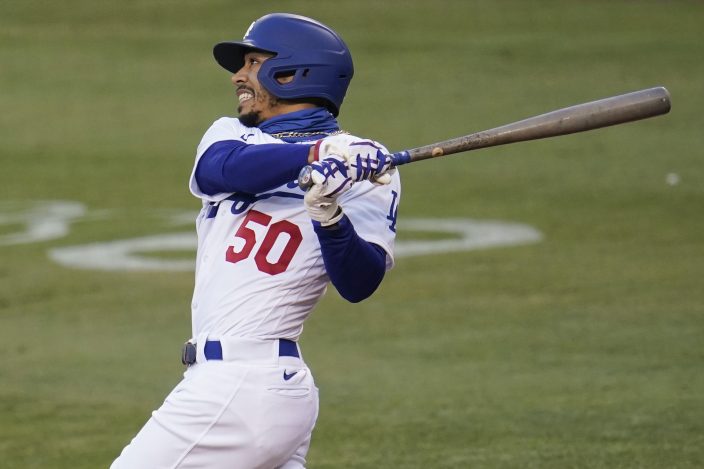 Los Angeles Dodgers' Mookie Betts flies out during the first inning of the team's baseball game against the Arizona Diamondbacks on Thursday, Sept. 3, 2020, in Los Angeles. (AP PhotoMarcio Jose Sanchez)

Kershaw, who threw his only previous no-hitter in 2014, allowed three baserunners but no hits until Christian Walker hit a grounder to shortstop with two outs in the sixth. Kiké Hernandez made the stop but had a tough throw, and it forced Cody Bellinger to jump off the bag at first, making Walker safe by inches.

Kershaw calmly got a grounder from David Peralta on his 99th and final pitch.

During this coronavirus-shortened season, the 32-year-old Kershaw is on a roll that resembles the most dominant stretches of his 13 years in blue. He has thrown 15 consecutive scoreless innings since Aug. 20, and he has given up just two runs and 10 hits with 29 strikeouts in 26 innings over his last four starts. 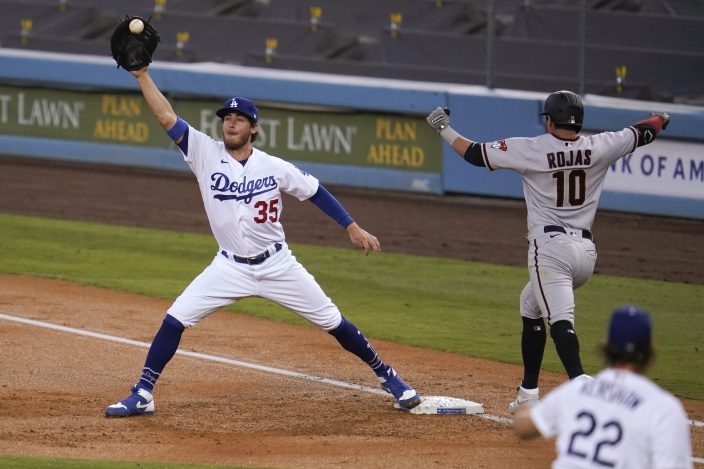 Luke Weaver (1-6) rebounded from a tough first inning to pitch 5 1/3 innings of four-hit ball while retiring 14 straight Dodgers at one point, but the free-falling Diamondbacks have lost 13 of 14.

After Kershaw departed, Arizona had success against the NL’s top bullpen. Ahmed walked and scored on Andy Young’s grounder off Dylan Floro in the seventh, and the Diamondbacks put two more runners on in the eighth without scoring against Blake Treinen.

Los Angeles jumped ahead in the first when Seager singled and scored on Bellinger’s ground ball before Chris Taylor added an RBI single. 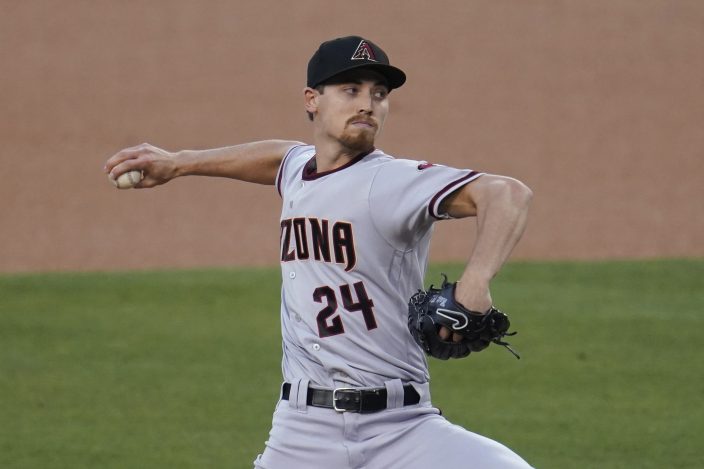 Arizona got three baserunners in the first five innings against Kershaw with two walks and a hit batter, but Kershaw escaped a jam with two runners on in the fifth.

Pollock, the longtime Arizona slugger, mashed his first pitch from Keury Mella to straightaway center for his seventh homer. Betts then drove in his 28th run of his stellar Dodgers debut season. 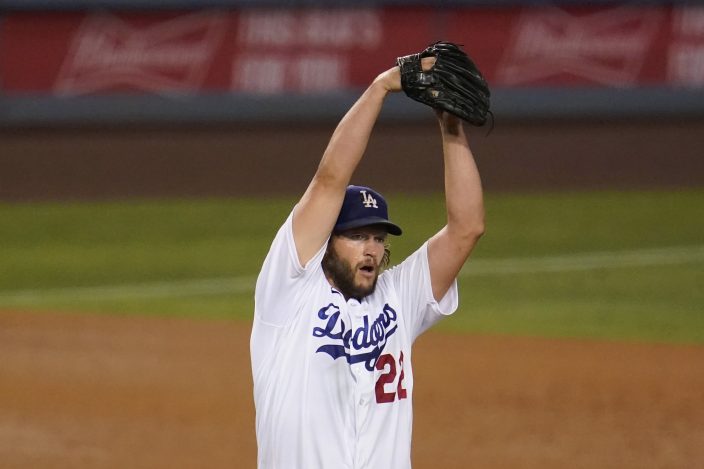 The Dodgers completed their fifth series sweep of the season. On Wednesday, they extended their season-opening streak without losing a series to 13, just one shy of the franchise record set in 1977.

Diamondbacks: Veterans Eduardo Escobar and Ketel Marte got the night off after both had played every game since mid-August. With Arizona all but out of the playof race, manager Torey Lovullo also essentially confirmed he plans to give more playing time to younger players down the stretch. ... LHP Travis Bergen made his Arizona debut with two outs of relief in the sixth after he was recalled earlier Thursday.

Dodgers: Bellinger went 0 for 4 in the 2019 NL MVP’s return from a two-game absence with a sore lateral muscle. ... RHP Pedro Baez was slated to throw in the bullpen Thursday as he returns from a right groin injury. ... RHP Joe Kelly likely will throw a bullpen this weekend.