Danny Jansen hit a two-run homer, Travis Shaw had a solo shot and the Toronto Blue Jays held off the Boston Red Sox 8-7 in the opener of a doubleheader Friday.

The Blue Jays, pushing for a playoff spot, have won three straight and seven of nine.

Shaw went 3 for 4 with a double off the top of right field wall and single, Rowdy Tellez had two singles with a sacrifice fly and Randal Grichuk added a two-run single. 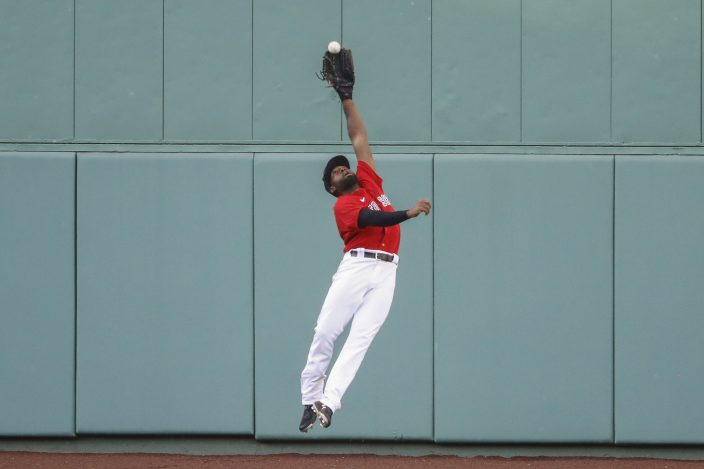 The Blue Jays had built an 8-4 edge before Boston rallied with three runs in the sixth.

A.J. Cole (2-0) pitched an inning of scoreless relief and Anthony Bass got three outs in the seventh and final inning for his fifth save. 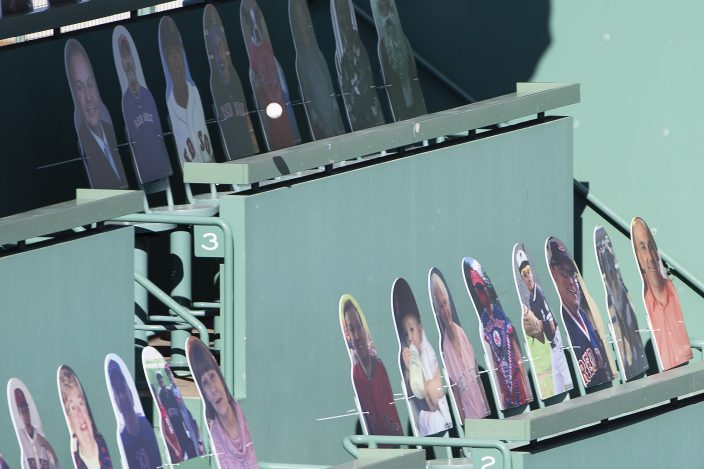 A ball hit for a two-run home run by Toronto Blue Jays' Danny Jansen goes into the Monster Seats during the second inning of the first game of a baseball doubleheader against the Boston Red Sox, Friday, Sept. 4, 2020, at Fenway Park in Boston. (AP PhotoWinslow Townson)

Toronto will be the home team in the second game, which is the makeup of the Aug. 27 game in Buffalo, New York, that was postponed when the teams didn’t play in protest over the police shooting of Jacob Blake, a Black man, in Kenosha, Wisconsin.

This was the first time in Fenway Park’s century-plus history that the Red Sox will be the “road” team, according to Elias Sports Bureau.

Entering the day, Boston’s staff had allowed an MLB-worst 67 homers and owned the highest ERA at 6.13 — over a half run higher than the next worst, Colorado (5.51). 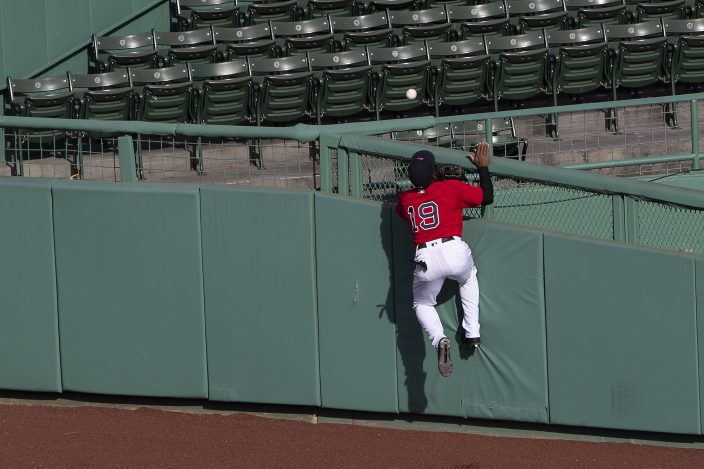 The Blue Jays didn’t take long to add to those numbers when they made it 3-0 in the second inning against Zack Godley (0-4). Shaw’s went into the seats behind Boston’s bullpen and, after Joe Panik’s walk, Jansen hit his into the Green Monster seats.

With doubleheaders only scheduled seven-inning games this season, the organist played “Take Me Out to The Ball Game” in the middle of the fifth instead of the customary seventh.

Blue Jays: Manager Charlie Montoyo said INF Bo Bichette (sprained right knee) was “a lot better than thought he’d be at this time,” and he’ll hit in a simulated game against RHP Ken Giles on Saturday. … Montoyo also said Giles (strained right forearm) may do another simulated game or could be activated.

Red Sox: LF Andrew Benintendi (strained rib cage) has ramped up his workouts, but manager Ron Roenicke said they’re “waiting to see from the medical end where he is” as far as a possible return.

RHP Ross Stripling (3-1, 5.61 ERA) is slated to make his first start for Toronto in the nightcap. He was acquired from the Los Angeles Dodgers for two players to be named at the trading deadline. RHP Chris Mazza (0-1, 7.88) is set to go for Boston.