Yu Darvish pitched seven dazzling innings in his seventh consecutive win, and the Chicago Cubs beat the St. Louis Cardinals 4-1 on Friday night in the opener of a big five-game series.

Led by Darvish and Willson Contreras, Chicago won for the fourth time in five games and strengthened its grip on the top spot in the NL Central. St. Louis dropped into a virtual tie with Milwaukee for second, 4 1/2 games back of the Cubs.

Contreras had three hits and four RBIs, including a leadoff drive in the sixth for his fifth homer. He also had a big two-run single on the ninth pitch of his at-bat against Jack Flaherty in the first. 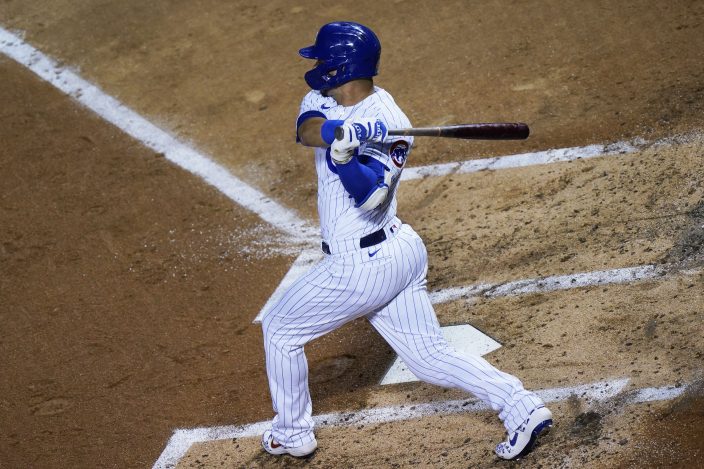 Darvish (7-1) was working on a perfect game before Matt Carpenter opened the sixth with his second homer, a drive to the basket in right-center on the ninth pitch of the at-bat. The Japanese right-hander then retired his last six batters, striking out three more to give him 11 on the night.

With less than a month left in the pandemic-delayed season, the 34-year-old Darvish looks like a leading candidate for what would be his first Cy Young Award. He improved to 11-5 with a 2.26 ERA in his last 21 starts dating to last season, with 181 strikeouts and just 15 walks.

Rowan Wick worked the eighth, and Jeremy Jeffress finished the two-hitter for his fifth save. 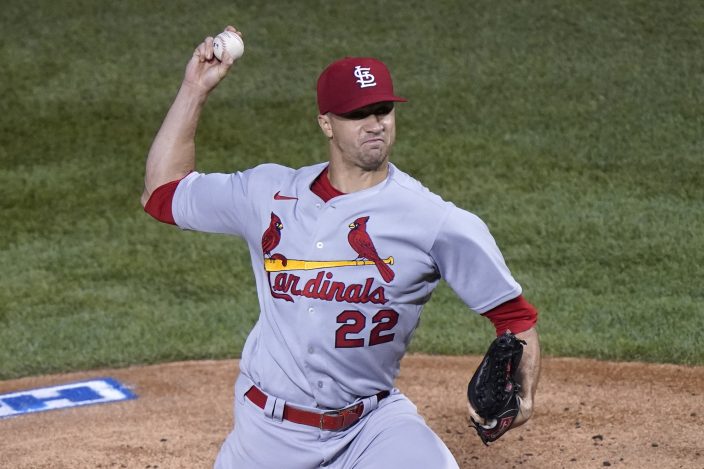 Flaherty (2-1) got off to a tough start and never quite recovered, allowing four hits and walking two in 2 2/3 innings.

Chicago forced the ace right-hander to throw 43 pitches in the first. Jason Heyward's eight-pitch walk with two outs loaded the bases for Contreras, who drove in Kris Bryant and Anthony Rizzo with a single to center.

Contreras added another two-out RBI single in the third, making it 3-0 and chasing Flaherty.

Cardinals: C Matt Wieters (broken toe) was activated from the 10-day injured list. C Andrew Knizner was optioned to the team's alternate training site. ... LHP Andrew Miller (shoulder fatigue) is with the team in Chicago, and manager Mike Shildt said he could come off the IL on Saturday.

Cubs: OF Ian Happ was out of the starting lineup one day after he was hit in the face by a ball after it bounced off the plate. Happ, who is day to day with a right eye contusion, saw a doctor Friday morning. “With all the eye tests he's had and stuff put in his eye ... I just think it's best if we give it a little bit more time,” manager David Ross said.

The Cards and Cubs play their third doubleheader of the season on Saturday. Right-handers Adam Wainwright (3-0, 2.65 ERA) and Dakota Hudson (1-2, 2.77 ERA) pitch for St. Louis. The Cubs will go with right-hander Adbert Alzolay (0-0, 0.00 ERA) in Game 1, and then a bullpen day for the second game.