Pillar put the Rockies ahead 6-5 in the eighth and set off a wild dugout celebration with his second career grand slam. That lead lasted six pitches against the relentless Dodgers, who have won 19 of 22 overall after pounding out five homers and a season-high 15 hits.

Cody Bellinger singled off Carlos Estévez (1-1) before Pollock drove his eighth homer to right-center, and Pederson followed with his sixth homer. Betts then capped his three-hit game with his 13th homer, a two-run shot off Jeff Hoffman. 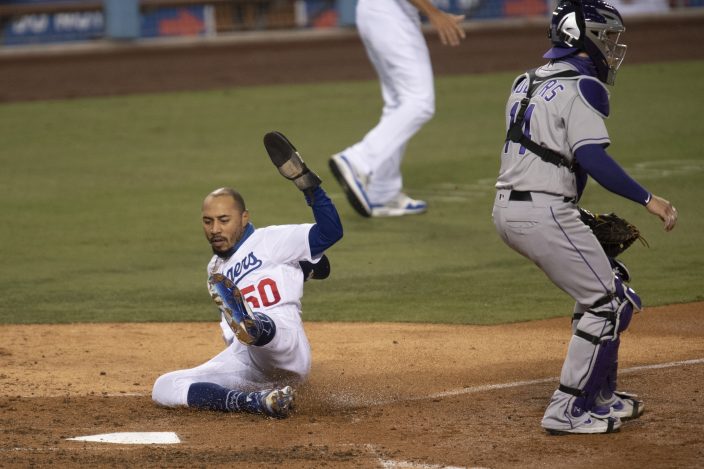 Los Angeles Dodgers' Mookie Betts slides into home, scoring on a single by Corey Seager during the sixth inning of the team's baseball game against the Colorado Rockies in Los Angeles, Friday, Sept. 4, 2020. (AP PhotoKyusung Gong)

Raimel Tapia and Sam Hilliard homered for the Rockies in the opener of a six-game Southern California road trip that could be key to their playoff hopes. 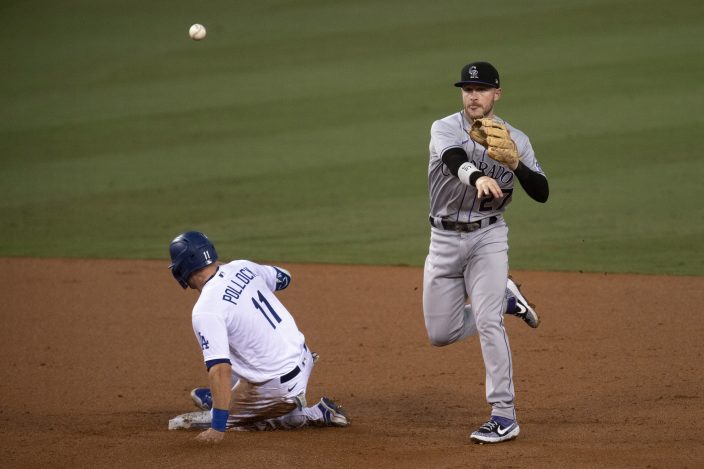 The Rockies nearly pulled out an impressive victory when they loaded the bases with just one hit against the NL’s best bullpen. Caleb Ferguson (2-0) gave up a grand slam to Pillar, the San Fernando Valley native who joined Colorado on Monday from Boston and promptly endeared himself to teammates and fans hoping the Rockies can snag a playoff spot.

Estévez hadn't allowed a run on the road all season for the Rockies, but not many pitchers have been able to survive the Dodgers' merciless lineup unscathed.

Rookie Dustin May pitched three-hit ball into the sixth inning with five strikeouts in another strong start for the Dodgers, improving his case to be their No. 3 starter in the postseason. The 22-year-old allowed two homers for the first time in his career, but they were his only baserunners who got past first. 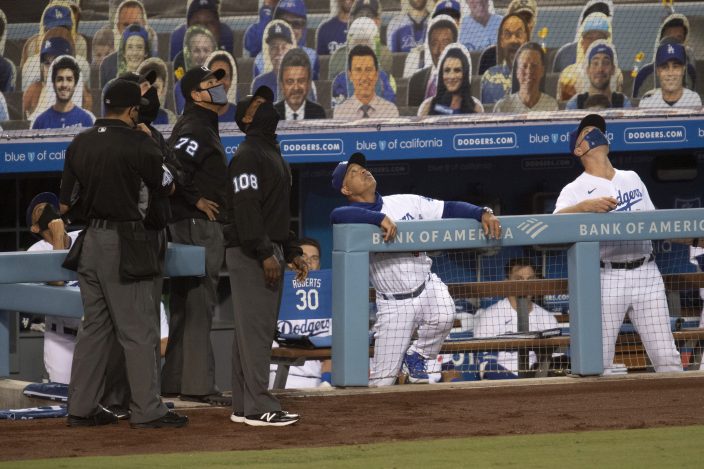 Los Angeles Dodgers manager Dave Roberts, second from right, bench coach Bob Geren, right, and umpires look up as a drone flies over the field during the second inning of a baseball game between the Dodgers and the Colorado Rockies in Los Angeles, Friday, Sept. 4, 2020. (AP PhotoKyusung Gong)

Antonio Senzatela allowed seven hits and two runs over 5 1/3 innings of another solid start for Colorado.

Hilliard put Colorado ahead with his sixth homer in the fifth inning. Success in Chavez Ravine is no surprise for Hilliard, who has five homers in just nine career appearances here. 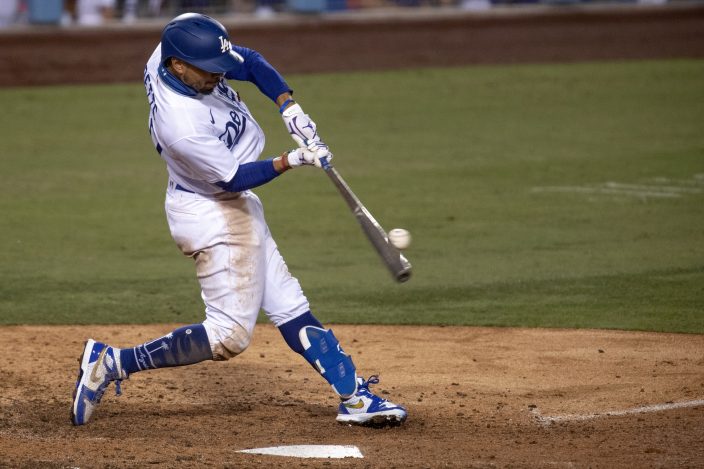 The game was delayed about five minutes in the bottom of the second when a Dodger Stadium security guard spotted a drone hovering high above the playing field. The umpires took both teams off the field until it flew away. At least four ballgames across the continent have been delayed by rogue drone flights this season, happening previously in Boston, Minneapolis and New York. Once play resumed, the Dodger Stadium organist played the theme from “The X-Files.”

Rockies: RHP Jon Gray went on the 10-day injured list with right shoulder inflammation. He has struggled to a 6.69 ERA in eight starts. RHP José Mujica came up to fill Gray's roster spot. 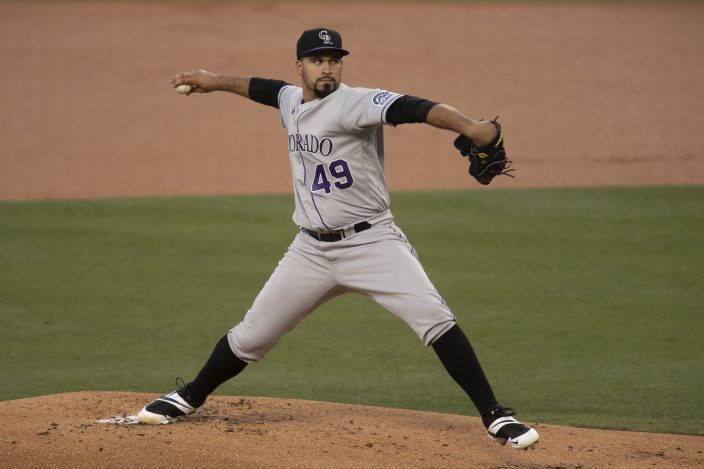 Tony Gonsolin (0-0, 0.51 ERA) makes his first start since the Dodgers officially put him in their rotation by trading Ross Stripling to Toronto. Colorado starter Germán Márquez (2-5, 4.88 ERA) is in a career-worst losing streak of four games.