Marte went deep in the first inning off Giants lefty Tyler Anderson. The Diamondbacks escaped a late jam and ended an eight-game losing streak on the road. 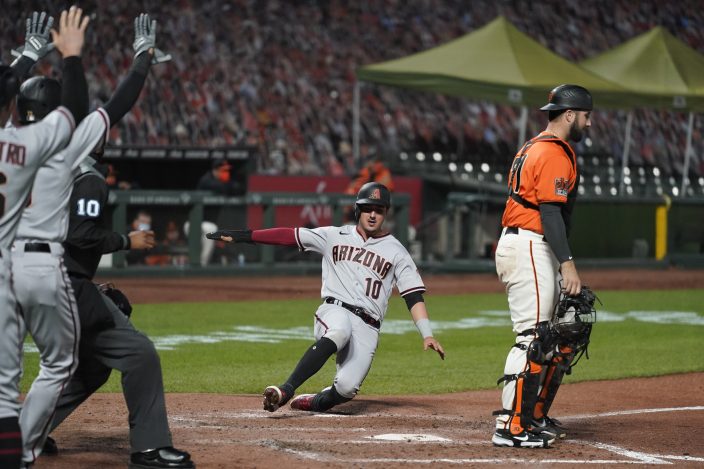 Arizona took a 6-3 lead in the fifth. Down by a run in the eighth, the Giants loaded the bases with no outs.

Alex Dickerson flied out to shallow right and Mauricio Dubon wandered too far off second base and was doubled off to squelch the rally.

Kevin Ginkel closed in the ninth for his first save. 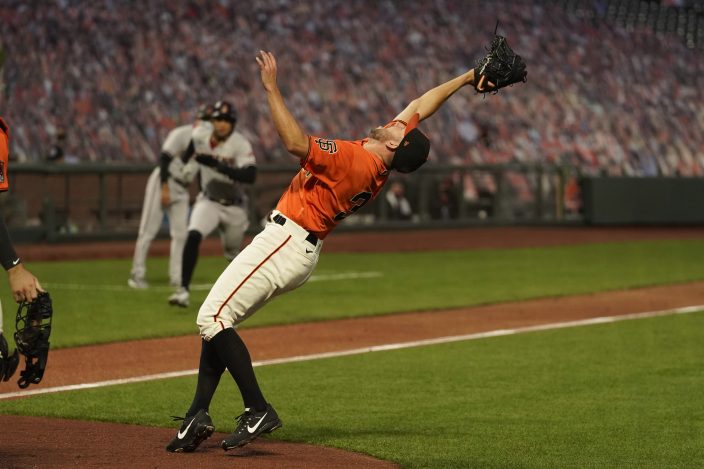 San Francisco, playing the opener of a six-game homestand and competing for a playoff spot, went just 2 for 12 with runners in scoring position.

Travis Bergen (1-0), who pitched out of trouble in the fourth after relieving Arizona starter Taylor Clarke, was credited with the victory.

Anderson (1-3) was charged with four runs over four innings. Giants first baseman Brandon Belt continued his torrid streak at the plate. He homered and doubled and is now hitting .500 (26 for 52) over his past 16 games.

Madison Bumgarner, the 2014 World Series MVP with the Giants, can’t help but reflect a bit as he returns to Oracle Park to face his former team for the first time Saturday night.

“Just like anything else, I spent the last 10 years here so you don’t just forget about it. You think about it,” Bumgarner said. “If I see the guys playing, watching different ballgames, or when we’re playing the Giants, you can’t help but reminisce a little bit.”

When Arizona visited the Bay Area last month, Bumgarner remained in Phoenix rehabbing a mid-back strain. He will come off the injured list to make his first appearance since Aug. 9.

Diamondbacks: Left-hander Caleb Smith (COVID-19), acquired from the Miami Marlins at the trade deadline, is scheduled to throw Saturday in an alternate training site game at Chase Field.

Giants: LHP Drew Smyly (sprained left index finger) and RHP Jeff Samardzija (inflammation in pitching shoulder) are set to throw three innings each in simulated games Saturday ... OF Austin Slater is close to returning as he continues to at the club’s Sacramento alternate site while recovering from a strained left groin and a flexor strain in his right elbow.

Bumgarner (0-3, 9.35 ERA) will come off the injured list to make his first appearance against his former club. Trevor Cahill (0-0, 2.51 ERA) will face the D-backs for his third straight start. He has pitched five or more innings just once in his initial four starts.