Thousands of Israelis gathered outside the prime minister’s official residence in Jerusalem on Saturday despite record levels of coronavirus infections, calling on Benjamin Netanyahu to resign because he is on trial for corruption charges.

The protesters held banners reading “Revolution” and “Citizens Write the Constitution” as they marched toward Netanyahu’s residence. A sign aimed at the prime minister was projected on a building reading in Hebrew: “Enough with you.”

The government’s missteps in handling the coronavirus crisis after relative success in its early stages have mostly fueled the summer-long weekend demonstrations. The death toll has surpassed 1,000 and the country is mulling a new lockdown to stop the rapid spike in daily infections. Israel currently has over 26,000 active COVID-19 patients. 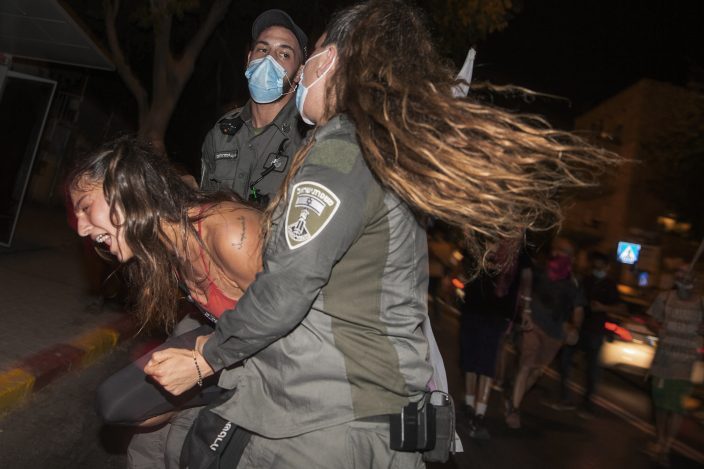 Police have clashed with protesters on several occasions and used water cannons to clear them off main streets and squares, though in recent weeks the gatherings have been calmer but larger.

On Friday, a police spokesman said they had arrested a man who was “dressed up as a woman in a provocative way.” An Associated Press photographer saw police arresting at least five people.

Netanyahu’s achievements on the external foreign policy do not seem to stand by his side at home. 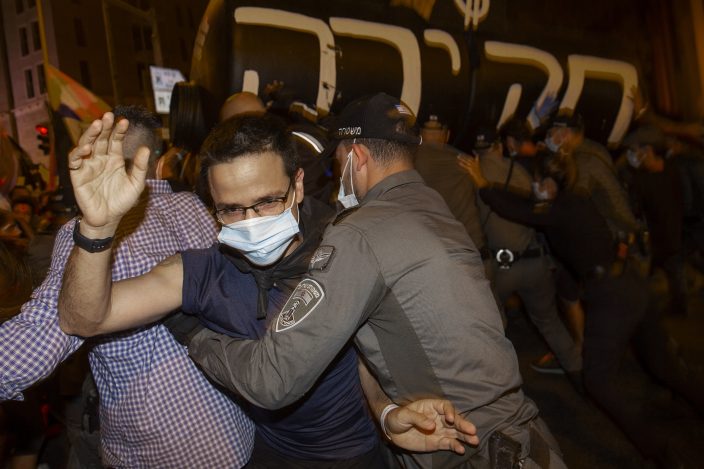 On Friday, Serbia and Kosovo gave Israel a diplomatic boost as Serbia announced it will move its embassy to Jerusalem and Kosovo said it will establish ties with Israel with an embassy in Jerusalem. On Saturday, Netanyahu praised the U.S.-brokered deal, noting that Serbia is the first European country and Kosovo is the first Muslim majority country to have embassies in contested Jerusalem. The Palestinians want the city's eastern part for a future capital.

The announcements by Serbia and Kosovo came about three weeks after the U.S. brokered a deal to establish and normalize ties between Israel and the United Arab Emirates.

Netanyahu has vowed to remain in office despite being charged last year with bribery, fraud and breach of trust in three long-running corruption investigations. He has denied the allegations, calling them a “witch hunt” and lashing out at the judiciary, law enforcement and media.

Israelis persist in rallies against PM despite lockdown