Xander Bogaerts hit a tying homer in the ninth inning and catcher Christian Vázquez manufactured the winning run with his legs, rallying the Boston Red Sox past the Toronto Blue Jays 9-8 on Saturday night.

Bogaerts’ leadoff shot to center field off closer Anthony Bass (2-3) made it 8-all before Vázquez reached on a fielder's choice with one out. Vázquez stole second and advanced to third as catcher Caleb Joseph’s throw sailed into center field for an error.

Yairo Muñoz hit a dribbler to third, but Travis Shaw’s throw to the plate was off target and Vázquez slid in safely. 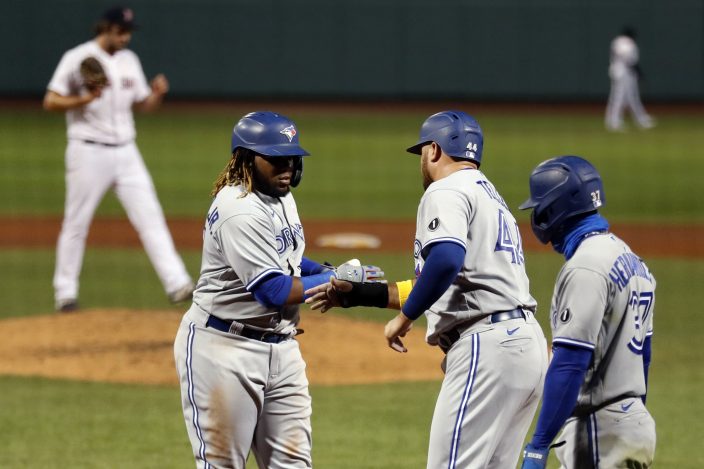 The Red Sox have won two straight after losing five of six.

Vladimir Guerrero Jr. hit a three-run homer for the Blue Jays, and Teoscar Hernández had three hits including a solo homer.

Toronto has dropped four of seven, but still leads Detroit and Baltimore by three games for the second AL wild card. 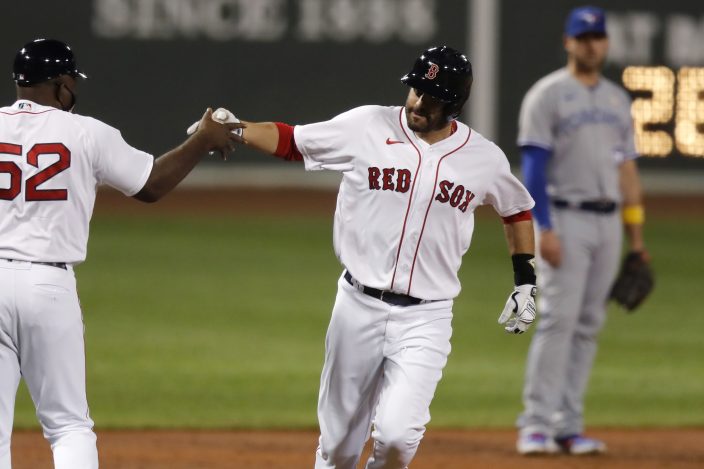 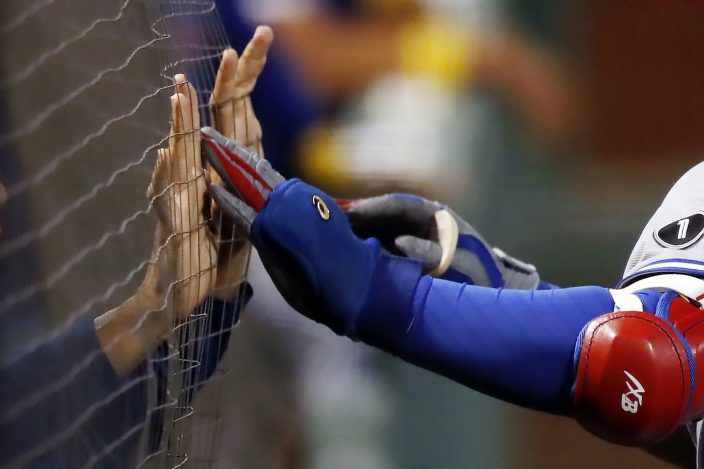 Toronto Blue Jays players press their hands against the netting to celebrate the three-run home run by Vladimir Guerrero Jr., right, during the sixth inning of a baseball game against the Boston Red Sox, Saturday, Sept. 5, 2020, in Boston. (AP PhotoMichael Dwyer)