Charlie Blackmon homered, doubled and scored two runs as Colorado won for just the second time in its last 19 games at Dodger Stadium. The Rockies had lost 24 of their last 28 meetings overall with their powerhouse NL West rivals before they rallied late against the Dodgers' vaunted bullpen.

Mookie Betts had two hits for the major league-leading Dodgers (30-11), who lost for only the fourth time in 23 games. Los Angeles’ 11-game winning streak at Dodger Stadium, its longest since 2017, also ended. 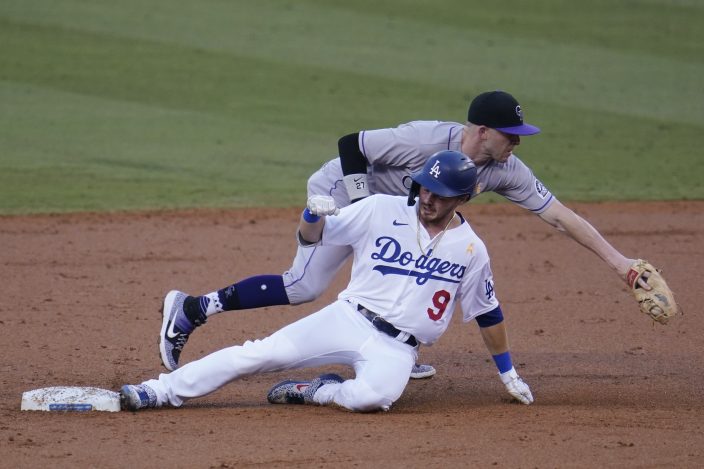 The Rockies jumped all over Blake Treinen (3-2), who had allowed an earned run in just two of his 17 appearances this season. Raimel Tapia, Trevor Story and Arenado opened the ninth with consecutive singles to chase the right-hander.

Fuente then connected for a bases-loaded double off Alex Wood, setting off another wild celebration in the visitors' dugout. Every win is vital to the flagging playoff hopes of the Rockies, who had lost 17 of 24.

Yency Almonte (2-0) pitched the eighth, and Daniel Bard earned his fifth save. 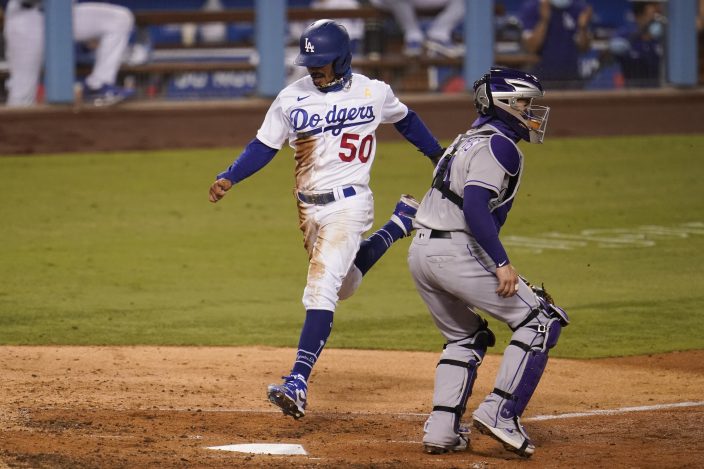 Tony Gonsolin pitched six innings of three-hit ball with a career high-tying eight strikeouts for the Dodgers in his first start since they officially gave him a rotation spot by trading Ross Stripling to Toronto.

Gonsolin had been outstanding in limited action this season, allowing just one earned run over four spot starts while going up and down from Los Angeles’ alternate training site. He allowed one more earned run against the Rockies, boosting his ERA all the way to 0.76. 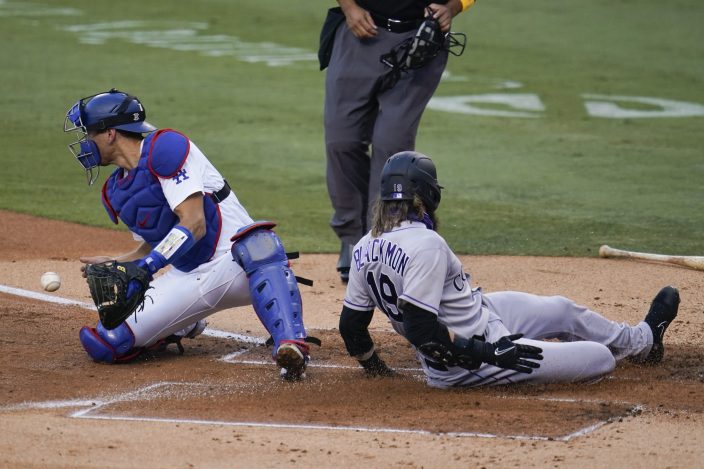 Blackmon put the Rockies up 2-0 in the fourth with his fifth homer, pulling a full-count splitter from Gonsolin just inside the pole in right field. Blackmon had been in a 4-for-32 skid since his last multi-hit game, which was also at Dodger Stadium on Aug. 23.

Blackmon went 2 for 2 against Gonsolin, while the rest of the Rockies went 1 for 19.

Márquez got a big save in the fourth from right fielder Sam Hilliard, who leaped high at the wall to rob Cody Bellinger of a homer. 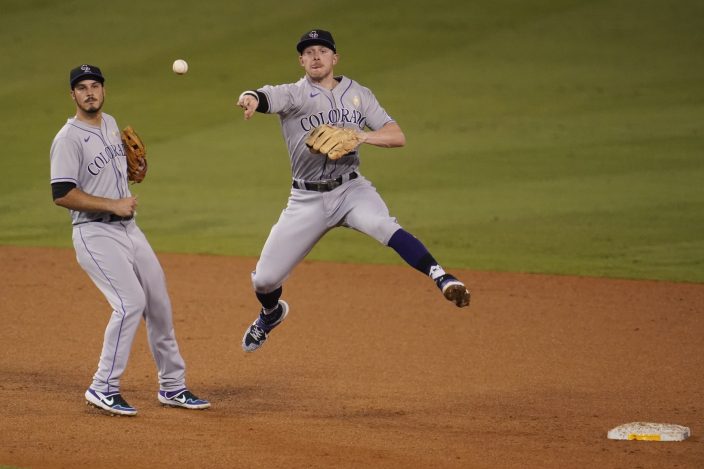 Colorado Rockies shortstop Trevor Story, right, makes a leaping throw to first base to complete a double play against the Los Angeles Dodgers during the sixth inning of a baseball game Saturday, Sept. 5, 2020, in Los Angeles. (AP PhotoMarcio Jose Sanchez)

The Dodgers still evened it in the fifth. Betts drove in rookie Gavin Lux with a two-out single and then scored standing up from first on Corey Seager's double to the gap, leaning against the home plate netting to catch his breath after the sprint.

Rockies: OF David Dahl returned to the team and took batting practice. He's been out since Aug. 17 with back soreness. ... RHP Wade Davis threw in the bullpen. He hasn't pitched since July because of a strained right shoulder. 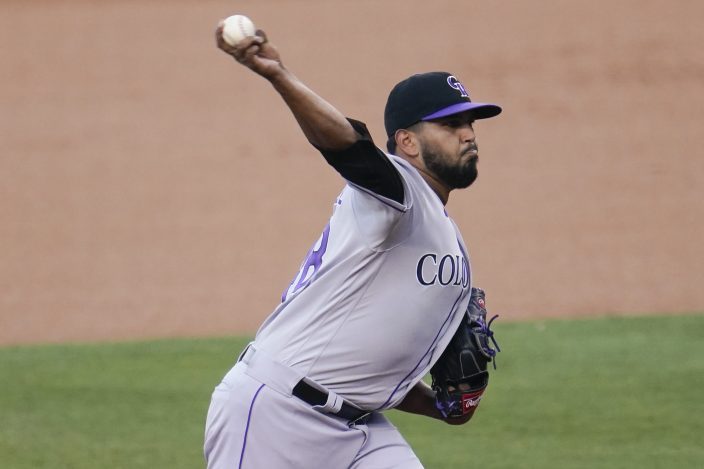 Dodgers: Manager Dave Roberts doesn't know when they'll reactivate 3B Justin Turner, who is eligible to return from a strained hamstring Monday. Turner is slowly returning to all baseball activities.

Julio Urías (3-0, 3.27 ERA) goes for his second win on the Dodgers' homestand in the series finale. Colorado rookie Ryan Castellani (1-2, 4.81 ERA) gets his first career start against Los Angeles after pitching in relief last Wednesday. 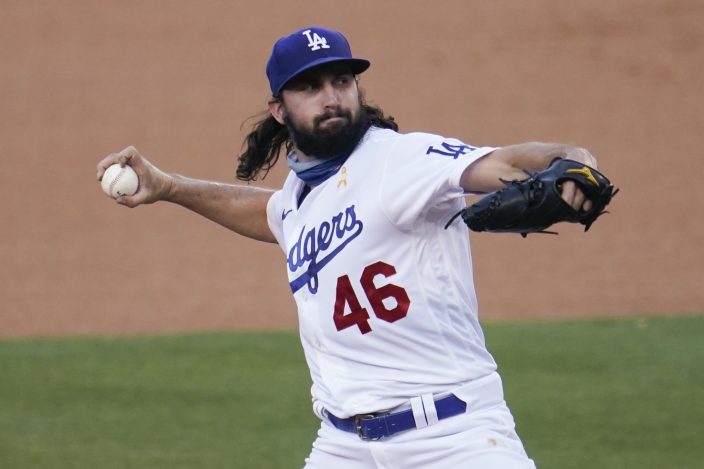 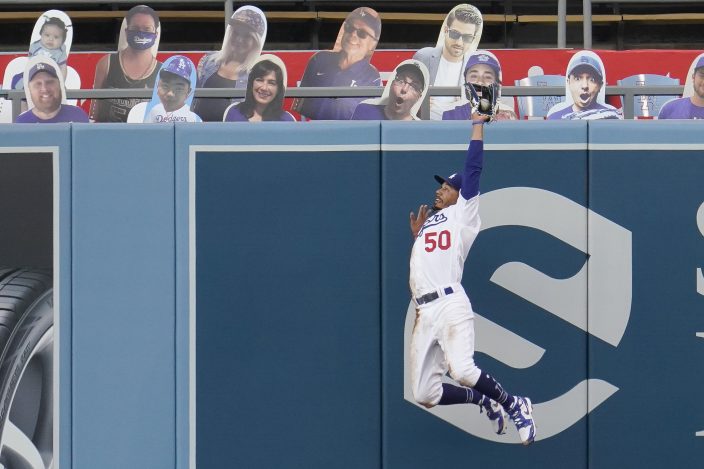