Three migrants stranded aboard a tanker for over a month awaiting a port to disembark jumped into the Mediterranean Sea on Sunday in a sign of increasing despair on deck, the ship reported.

Maersk Tankers A/S said the captain and crew of its chemical tanker Etienne quickly rescued the three migrants and brought them back aboard. But the company repeated its demand for a port and urgent humanitarian assistance to ensure that the passengers “are immediately given the attention and care that they need.”

The Etienne rescued a group of 27 would-be refugees on Aug. 4 at the request of Maltese authorities as the migrants’ fishing boat sank. Malta, however, has refused to let the migrants disembark and the Etienne has been stuck in international waters 17 miles off the small European Union island nation as food and water supplies are running low. 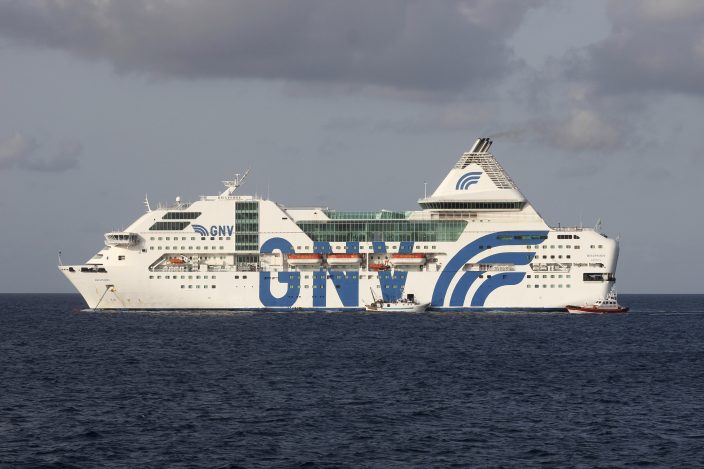 Migrants are embarked to the GNV Rhapsody ferry moored off Lampedusa island, Italy, Saturday, Sept. 5 , 2020. Italian officials have been hastily chartered ferries and put other measures into place to fight severe overcrowding at migrant centers on the tiny island of Lampedusa. (AP PhotoMauro Seminara)

The Maersk has reported that tensions aboard the ship were growing, culminating in Sunday's desperate jumps.

Malta, like Italy, often balks at taking in rescued migrants, insisting that other EU nations should share the burden of caring for people rescued in the central Mediterranean. While such standoffs have become increasingly common, the Etienne’s plight is the longest in recent times and suggests that other mercantile ships might be less willing to respond to distress calls from migrants in the future.

Not helping those in need on the sea, however, goes against maritime standards, placing ship captains in an untenable position.

On Saturday, the GNV Rhapsody ferry moored off Lampedusa to take migrants off the small Italian island. Italian officials have been hastily chartering ferries and putting other measures into place to fight severe overcrowding at migrant centers on Lampedusa.

In Britain, anti-migrant protesters demonstrated Saturday in the English city of Dover against immigration and the journeys made by refugees crossing the Channel. They called for authorities to do more to protect English shores at the southern port nearest to mainland Europe.