Donovan Solano hit a two-run, go-ahead homer in the sixth inning and the San Francisco Giants beat the Arizona Diamondbacks 4-2 on Sunday.

Brandon Belt and Chadwick Tromp also went deep for the Giants, who improved to 7-2 against the Diamondbacks this season.

Solano, who got off to a scorching start at the plate this season, came in hitting just .216 over his past 12 games. But he went 3-for-3 Sunday with a double and single to go along with his third homer. 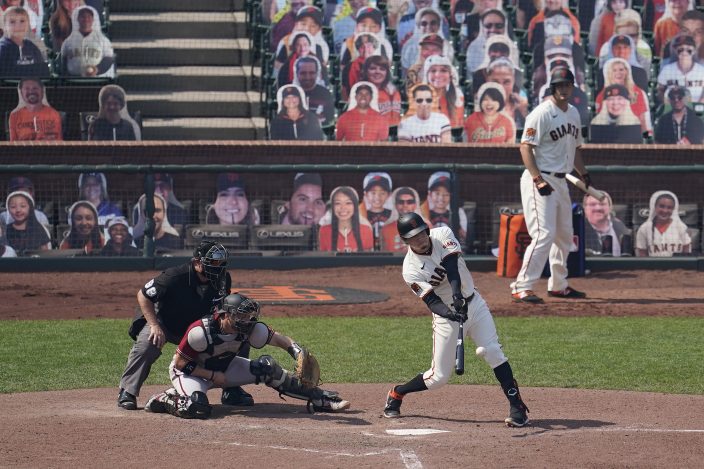 He hit the first pitch he saw from Alex Young (1-3) in the sixth for a two-run shot to left that erased a 2-1 San Francisco deficit.

Belt came off the bench to deliver a pinch-hit solo shot in the seventh to extend San Francisco’s lead to 4-2 and continue his torrid streak at the plate. 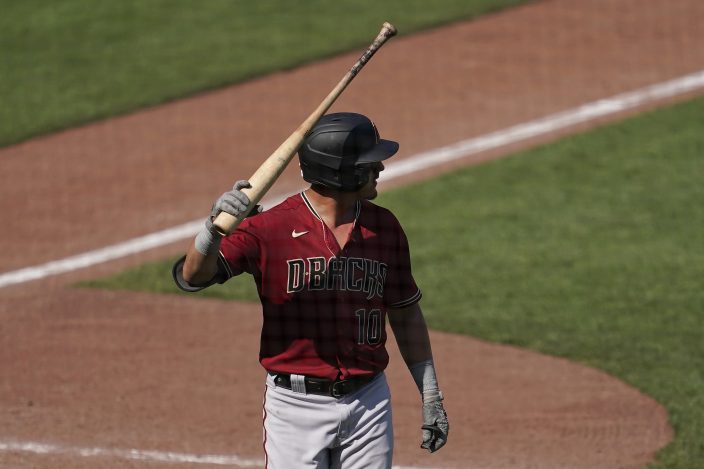 Arizona Diamondbacks' Josh Rojas reacts after striking out against the San Francisco Giants during the eighth inning of a baseball game in San Francisco, Sunday, Sept. 6, 2020. (AP PhotoJeff Chiu)

Tromp, drawing the start behind the plate, homered in the third to cut the Giants’ deficit to 2-1.

San Francisico starter Johnny Cueto steadied himself after a shaky first inning and held the Diamondbacks to two runs over 5 2/3 innings. Both runs came in the first, including Tim Locastro’s homer to lead off the game.

Arizona advanced a runner as far as third base in just two other innings after the first. 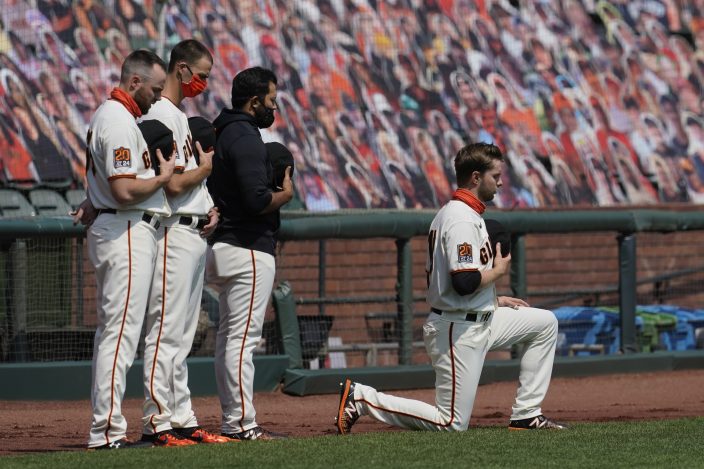 San Francisco Giants' Austin Slater, right, kneels during the national anthem before a baseball game between the Giants and the Arizona Diamondbacks in San Francisco, Sunday, Sept. 6, 2020. (AP PhotoJeff Chiu)

San Francisco’s bullpen turned in terrific work in support of Cueto, as Caleb Barager (5-1), Jarlin Garcia, Tony Watson bridged the gap to Tyler Rogers, who notched the save. 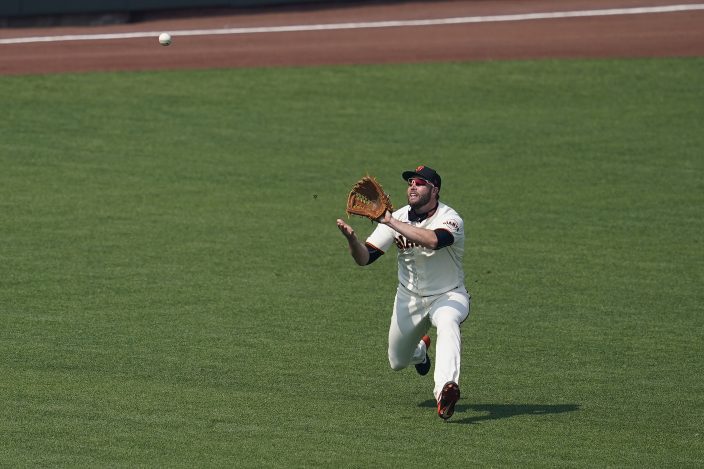 Diamondbacks: LHP Caleb Smith, scratched from an outing Saturday at Arizona’s alternate training site because of mid-body soreness, threw in a game Sunday instead.

Zac Gallen (1-0, 1.80 ERA) starts Monday’s series finale and will look to extend his Major League record streak of 23 games to start a career with three or fewer earned runs allowed (all starts). The Giants’ Kevin Gausman (2-2, 4.43 ERA) has won two of his past three starts.