Paul Goldschmidt hit a three-run homer off a struggling Jon Lester, and the St. Louis Cardinals gained ground in the NL Central race by beating the Chicago Cubs 7-3 on Sunday night.

St. Louis pulled within 1 1/2 games of Chicago with its third consecutive win over the division leaders, sweeping a doubleheader on Saturday after the Cubs won 4-1 in the series opener Friday night. The longtime rivals have one game left in their pandemic-shortened season series on Monday.

Tommy Edman also homered for the Cardinals, who improved to 14-0 when they score at least five runs this season. Dakota Hudson (2-2) worked five innings of three-run ball, shrugging off a shaky start. 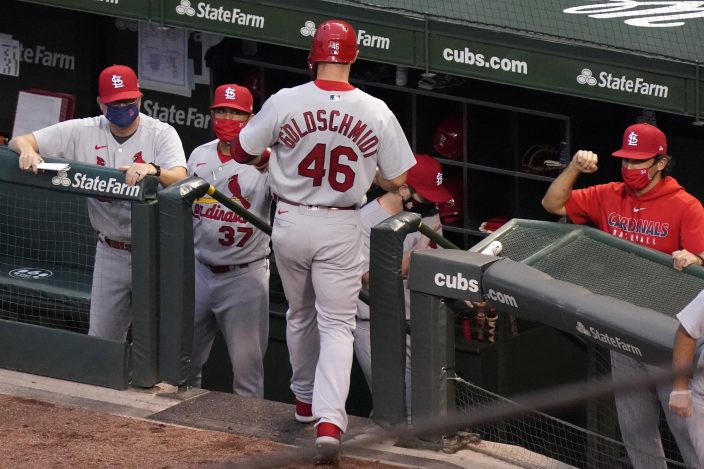 Chicago dropped to 10-15 since its 13-3 start. Anthony Rizzo and Jason Kipnis homered for the Cubs, but Lester (2-2) lasted just 3 1/3 innings in another lackluster performance.

St. Louis went ahead to stay with four runs in the third. With one out and runners on first and second, Goldschmidt hit a massive drive to left that departed Wrigley Field and landed on Waveland Avenue for his fourth homer.

Tyler O'Neill singled with two out and scored on Rangel Ravelo's double, giving the Cardinals a 5-3 lead. 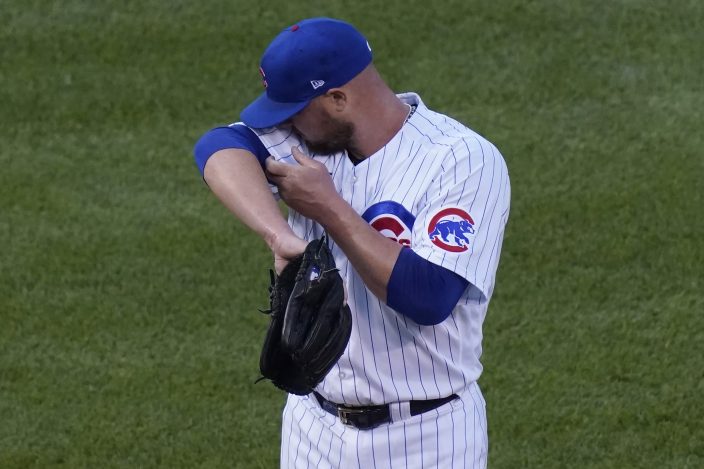 Lester allowed six hits, struck out four and walked two, extending his winless stretch to five starts. The 36-year-old left-hander is 0-1 with a 9.26 ERA during the slump, yielding 40 hits in 23 1/3 innings.

The Cardinals added two more in the seventh, taking a 7-3 lead on RBI singles by Kolten Wong and Paul DeJong. Wong is batting .393 (11 for 28) in his last seven games. 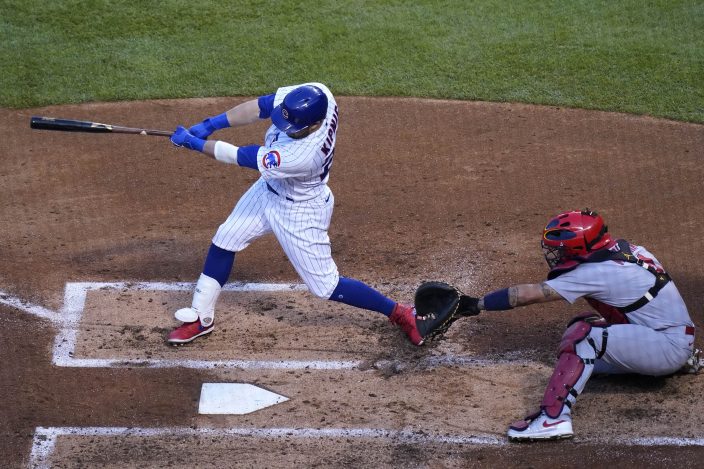 The teams observed a pregame moment of silence in honor of Hall of Fame outfielder Lou Brock, who died Sunday at age 81. Brock began his career with Chicago, but he was traded to St. Louis and helped the Cardinals win three pennants and two World Series titles in the 1960s,

The Cubs brought up Matt Dermody from their alternate training site in South Bend, Indiana, and the left-hander worked a perfect ninth. Right-hander Tyson Miller was sent down.

Cardinals: Rookie LHP Kwang Hyun Kim (kidney) is back in St. Louis after spending time in a Chicago hospital with adominal soreness. “A little, as to be expected, tired, but not in a lot of discomfort or pain,” manager Mike Shildt said. Kim is expected to be evaluated Monday “and we'll see what he can do, if anything, baseball-related tomorrow,” Shildt said. ... RHP Carlos Martínez remains on track to start Game 1 of St. Louis' doubleheader against Minnesota on Tuesday. Martínez is coming back after testing positive for the coronavirus.

Cubs: RF Jason Heyward departed after four innings because he was “not feeling well,” according to the team. He was replaced by Cameron Maybin. ... LHP José Quintana (left lat inflammation) is feeling much better, according to manager David Ross. Quintana was slated to begin a throwing program Sunday or Monday.