Matt Kemp hit a go-ahead, two-run homer in the eighth inning against his former team, and the Colorado Rockies sent the Los Angeles Dodgers to their first series loss of the season with a 7-6 victory Sunday night.

Kemp connected off Caleb Ferguson (2-1) for the sixth homer in a back-and-forth game between the NL West rivals. The Rockies won the last two in the series to boost their playoff hopes while curbing their 4-24 skid against the powerhouse Dodgers, who lost back-to-back games for only the third time this season.

Josh Fuentes hit an early two-run homer and Garrett Hampson added an RBI double for the Rockies, who were winless in their past nine series against Los Angeles since 2018. Colorado also won two straight at Dodger Stadium after losing 17 of its previous 18 here. 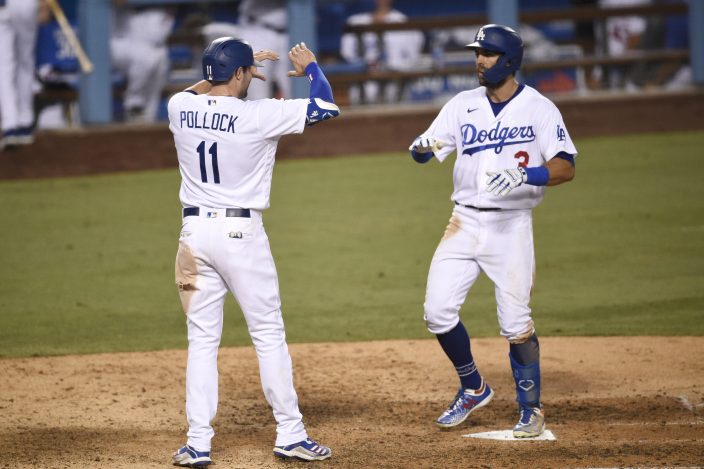 Corey Seager hit two homers and Chris Taylor put the Dodgers ahead with a two-run shot in the sixth, but Los Angeles' unbeaten streak in 13 consecutive series to start the season was snapped one short of the franchise record for the divisional era.

Daniel Bard got Seager to ground out with two runners on to end it, earning the sixth save of his remarkable comeback season.

Will Smith hit his third homer in five games for the major league-leading Dodgers, who have still won 19 of 24. But seven LA pitchers had a collectively rough performance on another hot night in Chavez Ravine, yielding 12 hits. 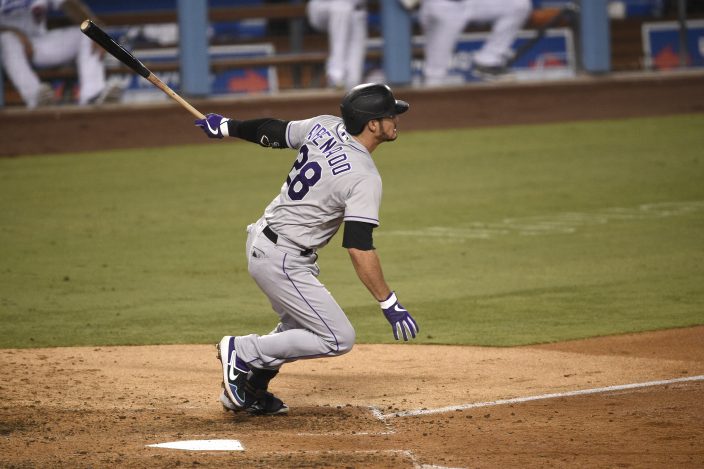 Colorado Rockies' Nolan Arenado looks up after hitting an RBI single during the fifth inning of a baseball game against the Los Angeles Dodgers in Los Angeles, Sunday, Sept. 6, 2020. (AP PhotoKelvin Kuo)

Kevin Pillar singled leading off the eighth before Kemp connected for just his third homer in 148 career at-bats against the Dodgers, who employed him from 2006-14 and again in 2018. Ferguson gave up a homer in each of his three relief outings on Los Angeles' 4-2 homestand.

Yency Almonte (3-0) pitched the seventh. Bard had to battle, issuing a seven-pitch walk to Edwin Rios and a 10-pitch walk to Gavin Lux in the ninth before getting Seager.

Mookie Betts sat out to rest for the first time since Aug. 21, but Los Angeles still pounded out its major league-leading seventh four-homer game this season. 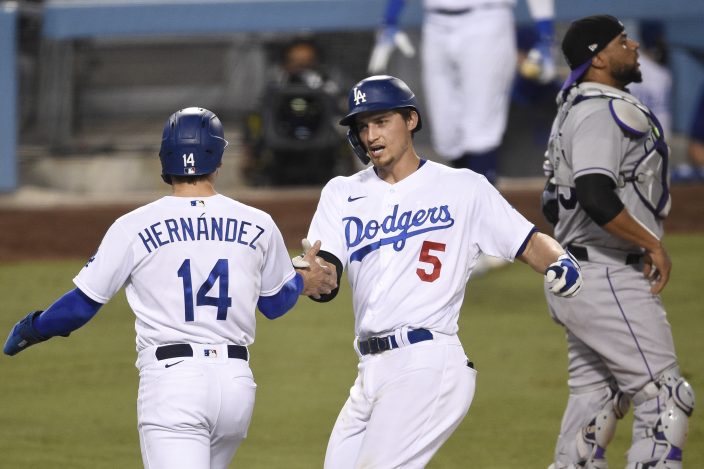 Julio Urías yielded five hits and four runs with six strikeouts while failing to get through the fifth inning again for Los Angeles. The left-hander is hoping to earn a postseason slot among a group of Dodgers starting pitchers that haven't lost a start since Aug. 11, but he didn't build on a strong outing Tuesday against Arizona.

Kevin Pillar walked in the sixth and scored on a double to the wall by Hampson, but Taylor swiftly put the Dodgers back ahead with his shot off Carlos Estévez. 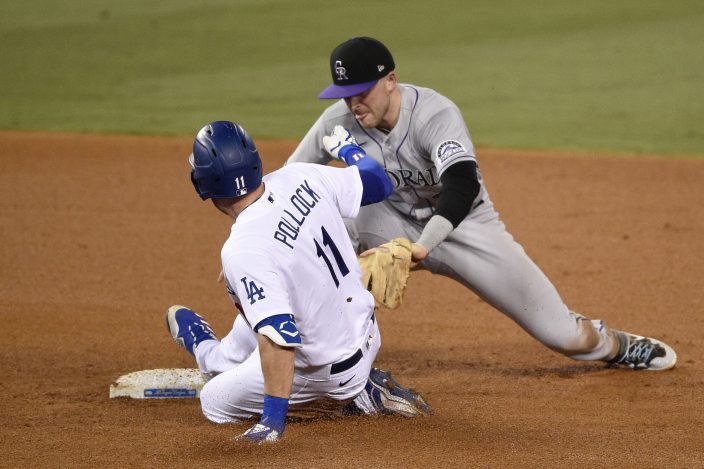 On the hottest weekend of the year in Southern California, the teams had a serendipitous evening start time. Chavez Ravine was still 93 degrees for the first pitch after hitting 110 earlier in the day. 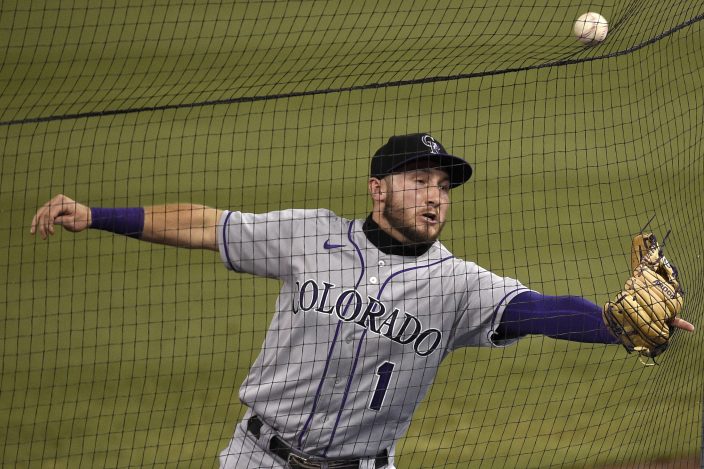 Rockies: OF David Dahl is back with the team and still being evaluated. He hasn't played since Aug. 17 due to lower back soreness, but should return shortly.

Dodgers: OF Joc Pederson left to deal with an undisclosed family issue. ... RHP Joe Kelly believes he'll be ready to return from a shoulder injury in time to pitch in the postseason. He will throw to hitters Monday. Kelly must serve a five-game suspension after he is activated.

Rockies: After a late-night bus ride to San Diego, Kyle Freeland (2-1, 4.09 ERA) will take the mound for Colorado at Petco Park on Monday in the opener of a three-game series with the Padres.

Dodgers: After a day off, Walker Buehler (1-0, 3.60 ERA) makes his second straight start against Arizona in the opener of a three-game road series Tuesday.