In a sign of Berlin's growing frustration over Moscow's stonewalling over the poisoning of Russian opposition politician Alexei Navalny, Chancellor Angela Merkel's office indicated Monday that she might be willing to rethink the fate of a German-Russian gas pipeline project.

German Foreign Minister Heiko Maas said in an interview Sunday that the Russian reaction could determine whether Germany changes its long-standing backing of the Nord Stream 2 pipeline. 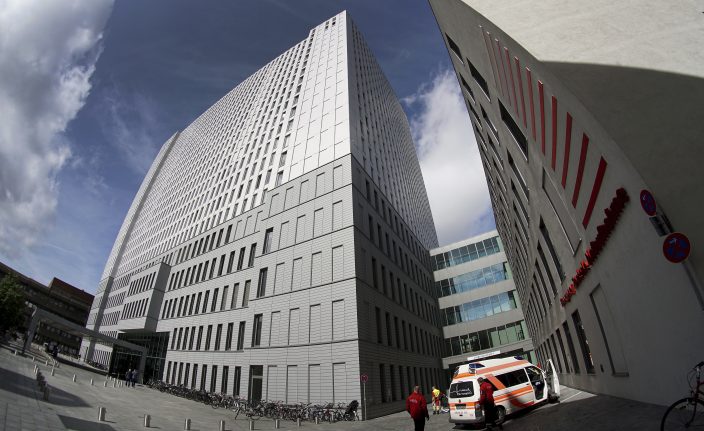 Exterior view of the Charite hospital where Russian opposition leader Alexei Navalny receives medical treatment in Berlin, Germany, Friday, Sept. 4, 2020. Russian President Vladimir Putin's spokesman has brushed off allegations of involvement in the poisoning of his most determined critic, accusing Germany of not providing Moscow with any evidence. (AP PhotoMichael Sohn)

“The chancellor also believes that it's wrong to rule anything out,” Merkel's spokesman Steffen Seibert told reporters after being asked about Maas' comments. Previously, Merkel had insisted on “decoupling” the Navalny case from the pipeline project, which the U.S. strongly opposes.

In early August, three Republican senators threatened sanctions against a the operator of a Baltic Sea port located in Merkel’s parliamentary constituency over its role as a staging post for ships involved in building Nord Stream 2.

Germany announced that samples taken from Navalny showed clear evidence he was poisoned with substances from the Novichok group. Seibert cautioned that it was premature to expect Moscow to respond to the matter within a few days, but made clear Berlin wants answers soon. People walk past an entrance of the Russian embassy in Berlin, Germany, Friday, Sept. 4, 2020. Russian President Vladimir Putin's spokesman has brushed off allegations of involvement in the poisoning of his most determined critic, accusing Germany of not providing Moscow with any evidence. (AP PhotoMichael Sohn)

“I can't express a clear, time-limited expectation, except that we are certainly not talking about months or the end of the year,” he said.

Russia has denied that the Kremlin was involved in poisoning Navalny and accused Germany failing to provide evidence it requested in late August.

UK stocks up on vaccines, hopes to start virus shots in ...

Britain said Sunday it has secured ...