The Cubs got just the sort of start they needed from Hendricks and closed out the five-game series on a winning note after losing three straight. They lead their longtime rivals by 2 1/2 games.

Hendricks (5-4) gave up a run and seven hits in his second straight win. He also struck out four and walked none in his 38th consecutive start with two walks or less — the most by a Cubs pitcher since at least 1901.

Javier Báez had three singles and scored a run, helping the Cubs earn a split of the 10-game season series against the Cardinals. Jason Kipnis had two hits and drove in a run. Willson Contreras made it 5-0 with a two-run single against Johan Oviedo in the fifth.

Catcher Yadier Molina exited in the sixth with a bruised left elbow. Matt Wieters replaced the nine-time All-Star and drove in St. Louis’ lone run with a seventh-inning single. But the Cardinals came up short after matching a season high with three straight wins. 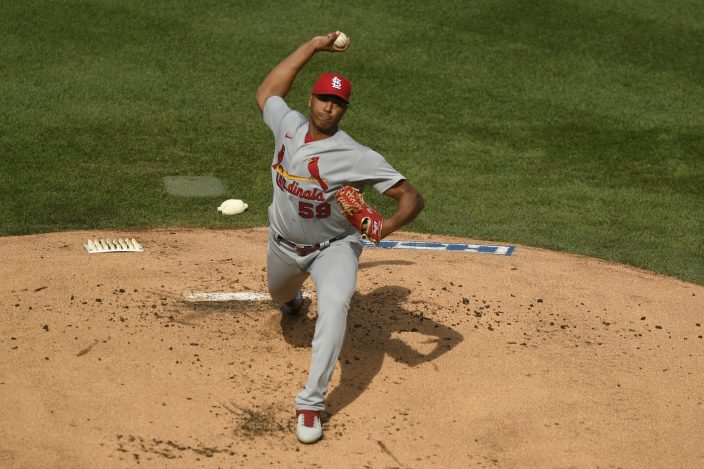 The Cubs claimed outfielder Billy Hamilton off waivers from the New York Mets. 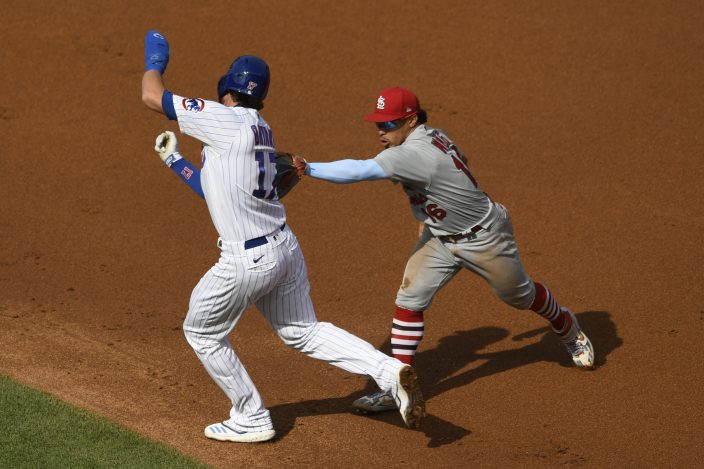 Cardinals: OF Austin Dean is available to be recalled from the team's alternate site if needed, manager Mike Shildt said. Dean tested positive for the coronavirus and has not appeared in a game this season.

Cubs: OF Jason Heyward “seems to be feeling much better” after leaving Sunday's game because he was feeling lightheaded and having difficulty breathing, manager David Ross said. Heyward was taken to a hospital, though he did not stay overnight, and was scheduled for more tests on Tuesday. Ross would not say what the illness is. “We have had no positive COVID tests, I can tell you that,” he said. ... RHP Tyler Chatwood (strained right forearm) started his throwing program Monday, and LHP José Quintana (left lat inflammation) is expected to begin throwing on Tuesday.

Cardinals: RHP Carlos Martínez (0-1, 14.73 ERA) returns from the coronavirus to start the first game of a doubleheader against Minnesota. His only appearance was against the Twins on July 28. RHP Daniel Ponce de Leon (0-3, 7.82 ERA) likely will be added as the 29th man and start the nightcap, Shildt said. The Twins will go with right-handers Jose Berrios (3-3, 4.29 ERA) in the opener and Randy Dobnak (6-2, 2.72 ERA) in Game 2.