Darin Ruf hit a two-run single in the sixth and Brandon Belt had a bases-loaded walk as the Giants won for the sixth time in eight games. Mike Yastrzemski added a pair of singles.

Gallen had not allowed more than three earned runs in his first 23 career starts, a major league record to begin a career. The right-hander faced the minimum through five innings against the Giants before getting tagged for four runs in the sixth. 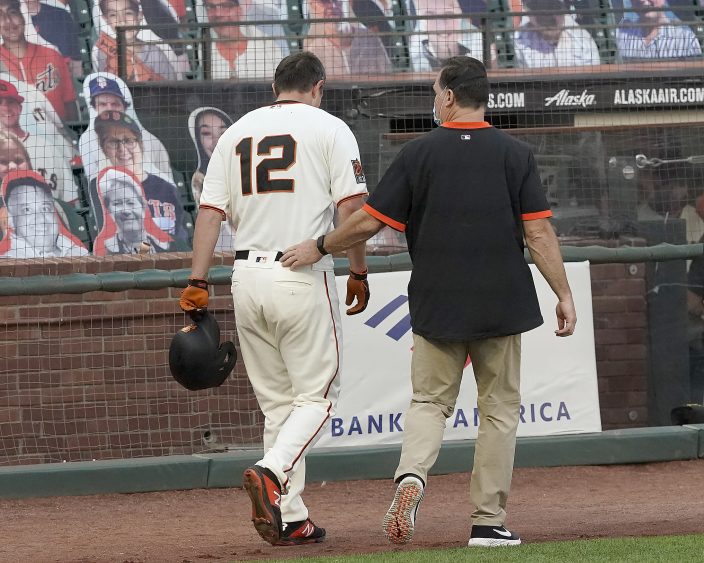 San Francisco Giants' Alex Dickerson (12) walks off the field with the team trainer after getting hit by a ball that bounced off his bat during the fifth inning against of a baseball game against the Arizona Diamondbacks, Monday, Sept. 7, 2020, in San Francisco. (AP PhotoTony Avelar)

The biggest blow came from Ruf, who entered the game as an injury replacement in the fourth when Alex Dickerson fouled a ball off his right knee. Ruf looked at two pitches to complete Dickerson’s at-bat, but didn’t swing. He did in the sixth, singling up the middle on Gallen’s first pitch.

After Donovan Solano singled to load the bases, Arizona reliever Junior Guerra walked Belt to force in a run and make it 4-1. 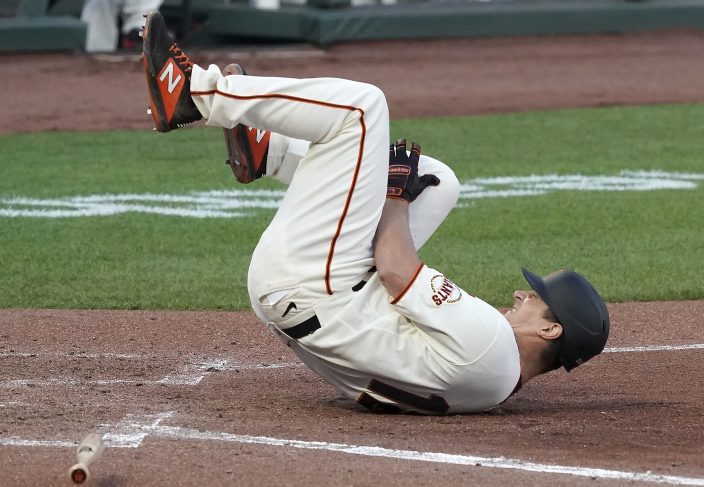 San Francisco Giants' Alex Dickerson reacts after getting hit by a ball that bounced off his bat during the fifth inning of a baseball game against the Arizona Diamondbacks, Monday, Sept. 7, 2020, in San Francisco. (AP PhotoTony Avelar)

Gausman (3-2) struck out nine in six innings to win his second straight. Gausman allowed one run and two hits, and retired nine of the last 10.

David Peralta homered off Sam Coonrod leading off the ninth for Arizona. Ketel Marte also had an RBI. 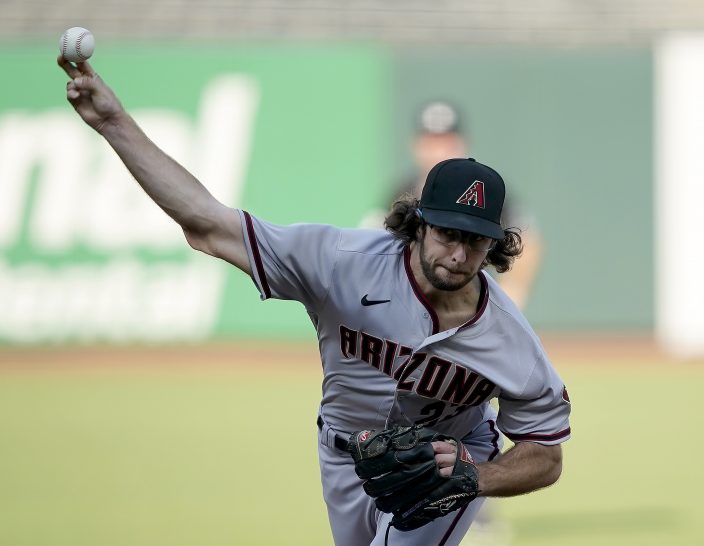 Diamondbacks third baseman Wyatt Mathisen went 0 for 4 with a pair of strikeouts in his major league debut after logging 649 games in the minors. “He’s worked hard to deserve this moment,” manager Torey Lovullo said. “In my small discussions with him, he’s transformed his body, he’s made himself a totally different player than he was several years ago. It’s a lot of hard work that he’s putting in behind the scenes when nobody’s really paying attention.”

The Giants released INF Abiatal Avelino. Avelino had been at the alternate training site. 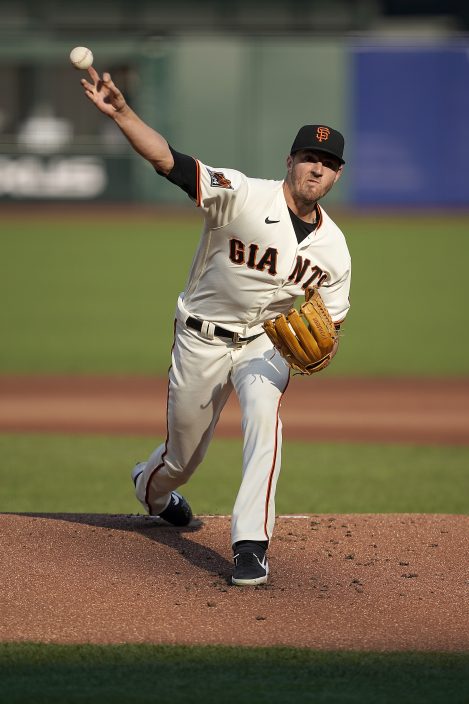 Giants: Dickerson left in the fourth after fouling a ball off his right knee. … 3B Evan Longoria was scratched from the original lineup as a precaution because he is dealing with some soreness in his right glute. Pablo Sandoval started in his place. ... LHP Drew Smyly, sidelined by a sprained index finger on his pitching hand, could be ready to be activated as soon as Wednesday or Thursday. RHP Jeff Samardzija may face hitters one more time to increase his volume before being deemed ready to return from inflammation in his throwing shoulder. ... Both Smyly and Samardzija could come back as starters before the season ends, nothing determined yet. … Manager Gabe Kapler said RHP Trevor Cahill is OK after dealing with a right hip issue and is on track to make his next start. 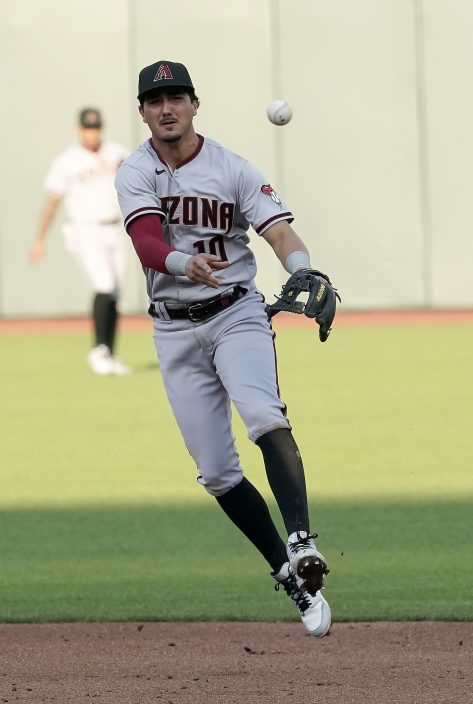 Arizona Diamondbacks second baseman Josh Rojas throws to first base to get San Francisco Giants' Pablo Sandoval out during the third inning of a baseball game on Monday, Sept. 7, 2020, in San Francisco. (AP PhotoTony Avelar)

Diamondbacks: RHP Luke Weaver (1-6, 7.44) tries to snap his three-game losing streak Tuesday against the Dodgers. Weaver’s command has improved, with only five walks over his previous six starts.

Giants: San Francisco has not named a starter for Tuesday night’s game against Seattle.