Italy's prime minister said Tuesday his country will support Lebanon’s economic and social growth, expressing hopes that a new government is formed quickly — one that would start the reconstruction process in the wake of last month's Beirut explosion and implement badly needed reforms.

Giuseppe Conte is the latest senior foreign official to visit Lebanon after the Aug. 4 blast in Beirut’s port that killed 192 people, wounded more than 6,000 and caused wide destruction and damages, estimated in billions of dollars.

Italy, one of Lebanon’s largest trade partners, sent aid in the immediate aftermath of the explosion. It is still not known what ignited nearly 3,000 tons of ammonium nitrate that had been stored at Beirut’s port for six years. Italy also sent a field hospital that Conte described as “very advanced,” and a team of military engineers that are working at the port. 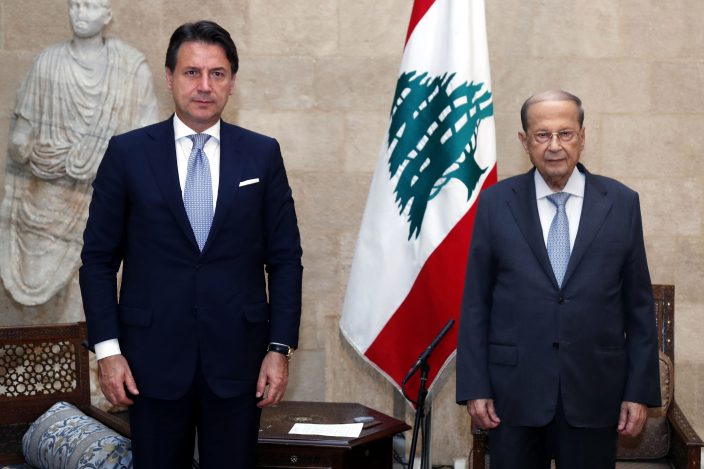 Conte made his comments after meeting Lebanese President Michel Aoun, after which he planned to visit other senior Lebanese officials. “Lebanon can rely on Italy and Italy’s role in the European Union and the international community,” he said.

The international community has warned it would not provide financial assistance to Lebanon unless it implements reforms to fight widespread corruption and mismanagement that have brought the tiny nation to the brink of bankruptcy. Lebanon has been passing through its worst economic and financial crisis in decades, made worse by coronavirus and the port blast. 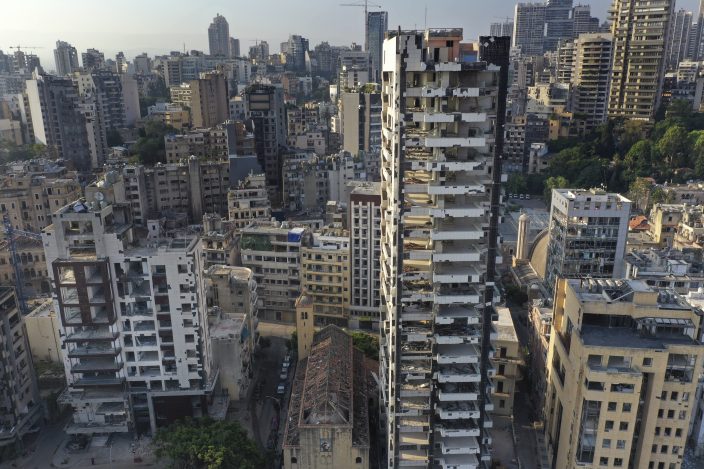 This Aug. 29, 2020 photo shows destroyed buildings near the scene of last month's massive explosion that hit the seaport of Beirut, Lebanon. A month after the giant explosion that killed and injured thousands and destroyed homes across the Lebanese capital, Beirut is still a wounded, grieving city struggling to come to grips with the calamity that struck abruptly on August 4. (AP PhotoHussein Malla)

Adib promised to carry out the mission as he prepared to form a new Cabinet, saying he will work on reaching a bailout deal with the International Monetary Fund. Lebanon has one of the highest debt ratios in the world at 170% of GDP and defaulted on paying back its debt for the first time in March.

During a visit to Beirut last week, French President Emmanuel Macron said Lebanese politicians have committed to a road map that begins with a government of experts to be formed in two weeks and to quickly enact reforms.

Many Lebanese have lost faith in the political class that has been running the country for decades, blaming it for the corruption that has reached unprecedented levels in recent years. 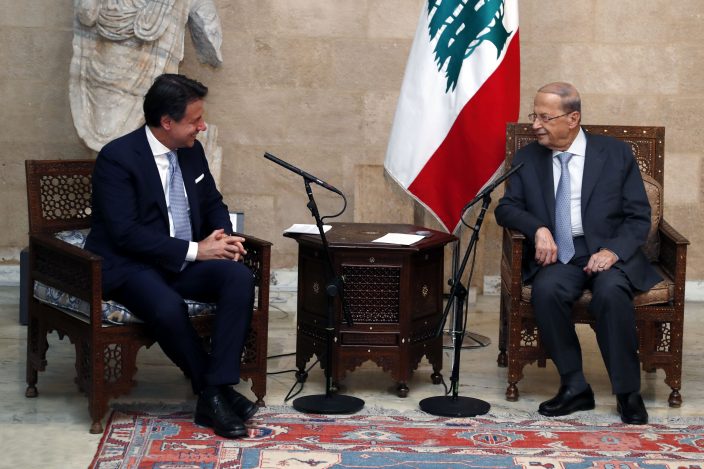 “Time has come to look forward and build confidence between citizens and institutions and open a new page of Lebanon’s history,” Conte said.